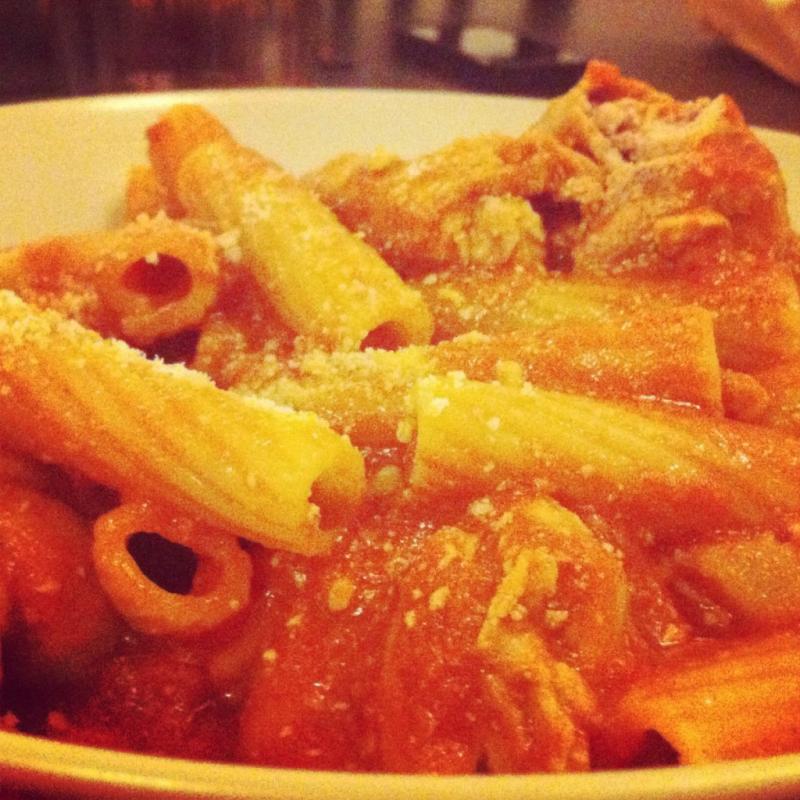 One of my Roman friends kept telling me that my adoption by the city of Rome was just not complete until I tried an ancient delicacy of Roman cuisine – La Pajata.

Well last night, ladies and gentlemen… I was baptised!

It does not get more Roman than this…

Basically La Pajata is the cooked intestines of an unweaned (that is, only fed on its mothers milk) baby calf.

The intestines are cleaned and skinned, but the chyme (fluid) is left inside. Then the intestine is cut in pieces 20-25 cm long and bound together with white thread to form rings.

When cooked, the combination of heat and the intestine enzymes create this thick but creamy ricotta-type sauce.

La Pajata is then served either simply grilled with little seasoning (La Pajata Arrosto) or most traditionally in a tomato sauce with rigatoni pasta (Rigatoni con La Pajata).

Unlike a carbonara or matriciana, you won’t find La Pajata on many restaurant menus. But the odd authentic Roman trattoria (for instance in Testaccio – which is organ meat and intestine central!) will still serve up the dish and take it from me, if you do come across it, please give it a go.

I can honestly say that given my general lifelong opposition to offal, I may have enjoyed the dish more had it been served to me blindly!

What can I say.. there was just this constant disconnect between my brain and my taste buds.

Nonetheless, I am proud – no, actually I’m absolutely chuffed – to have experienced this Roman rite of passage.