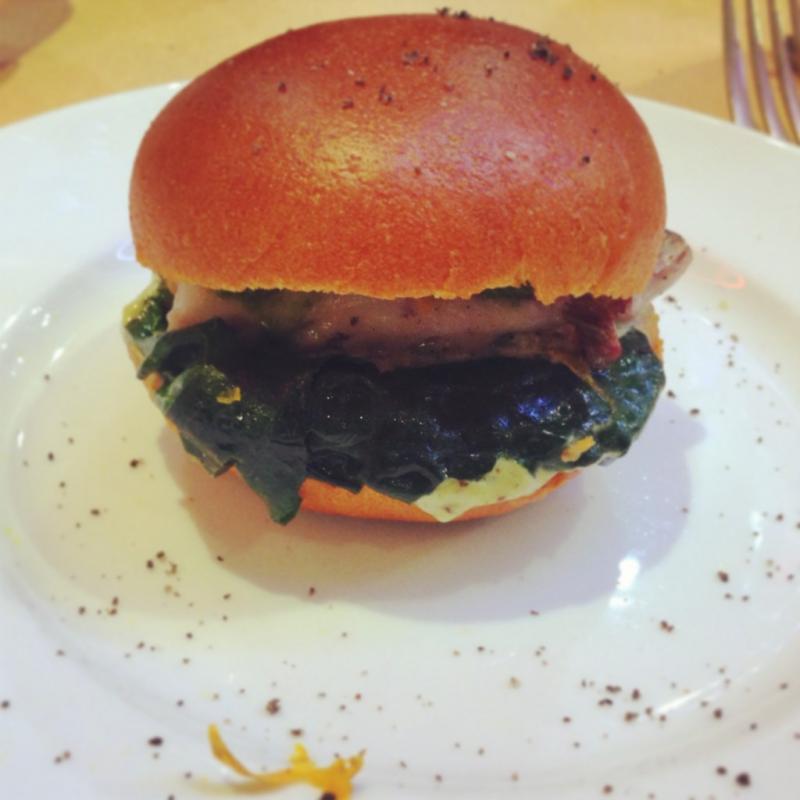 Food Coma: The feeling of listlessness, bordering on sleep, that one feels after eating a large meal, often caused by a rush of blood to the stomach and intestines during food digestion. (Urban Dictionary)

If a large meal is what causes a food coma, then I’m suffering from a chronic one!

Those of you who know of Bonci will more than appreciate this magician, if you like, of dough, bread and pizza.

Those of you who don’t, take my word for it, you’ll want to know him – and fast!

In food and foodie circles in Rome and Italy, he goes just by the name Bonci. Just like Sting or Madonna, he’s cool enough to have one name only and needs no real introduction.

He was dubbed the ‘Michelangelo of Pizza’ by Vogue USA and the Guardian UK say that “If you could custom design a chef, Gabriele Bonci would be it… Using the same spelt that the ancient Romans used for their bread, he tops it with experimental, artisanal produce, coming up with more than 1,500 types of pizza in one year alone.”

When I interviewed Stefano Calegari (another renowned pizza maker of Pizza 00100, Sforno & Tonda fame) for a blog post I was writing, I was just new to Rome. I had heard of Bonci’s famed Pizzarium (right by the Vatican) but wasn’t sure if the hype was created by some expat food writers. Well was I wrong! He looked at me with an are-you-kidding kind of face and said, “Bonci? Bonci e’ un grande” (Bonci is the best).

So, not only loved by Romans and lauded by critics he is genuinely respected amongst colleagues and competitors. That’s how you identify real greatness.

Bonci’s other ventures in Rome include Open Baladin, No.Au and Panificio Bonci.

When I saw the advertisement for a dinner hosted by him at Eataly, for a mere €45, I booked without hesitation. I knew I’d be in for a real treat – a really rich and high-calorie one a la Bonci – and in the end it more than exceeded my expectations (albeit the cause of my present food coma… Which never killed anyone I guess!)

The highlight (among many) was seeing Bonci and his assistant chefs steam fillets of swordfish with prosciutto with an iron – a domestic iron. A first for me!

No, I take that back. Well that was the first highlight of the night. Then the food. Then meeting and having a photo with Bonci himself!

About 17 individual items later and I’m about to combust.

Here’s what we ate (although it would’ve probably taken me less time to list what we didn’t eat!):

Pizza bianca with mortadella from Panificio

Lamb cutlet in a sesame bun

Physically Bonci is a big man. He has a presence in the kitchen that seems larger than life.

He has heart, talent and boy can he make a pizza!

This is one meal I won’t be sure to forget.

Signing off from Trastevere (with no signs of symptoms abating!)
Baci Maria