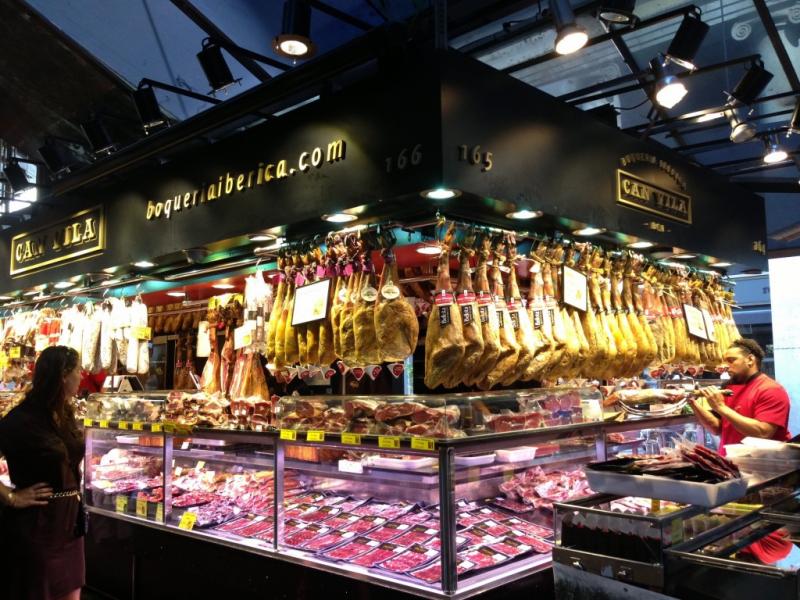 Truthfully, it didn’t start off well. My flight was cancelled and I had to buy a new one with another airline on the spot and do a runner from Terminal 3 to Terminal 1 with just minutes to spare!

But nothing was going to stop me from getting there and seeing my sister for the first time in 6 months!

And so a couple of hours later I found myself sipping sangria at the rooftop pool bar of the Grand Hotel Central (highly recommended by the way!).

Barcelona is a fun city and I enjoy visiting Spain more and more. I mean, it’s the land of siesta, tapas, olive oil and flamenco! What’s not to like. The people are friendly, it’s cheap and the shopping is great. Need I say more?

Having visited Barcelona a few times already, this time round it was so nice to just relax with great company and enjoy some experiences I hadn’t had previously.

On our first night we headed to the Barceloneta boardwalk with intentions of strutting our stuff at the swanky W Hotel Wet-Deck Pool party after dinner.

Along the water, we ate at Gallito which was fantastic. From seafood tacos to croquettes, catalan bread, patatas bravas, jamon, to beef carpaccio, the tapas and the plates (and sangria!) just kept rolling.

Sadly we didn’t know that there was a function at the W and therefore on this occasion, the pool party was for in house guests only.

We instead tried out one of the clubs in Barceloneta which was pretty forgettable.

The next day we visited the Barcelona Cathedral and secret garden. With its gothic architecture the exterior is super impressive but inside is just stunningly breathtaking.

Moving on came my favorite part of the weekend – La Boqueria – Barcelona’s central food market just off the main drag, La Rambla. As you know, I love a market – especially a food one – and this one was pretty special. Oh and it’s been servicing the people of Barcelona for a short 800 years!

First up we all bought a freshly made juice – pretty much any flavour and combination was available. I went for the pineapple and coconut – summer holiday in a cup!

We stocked up on jamon, salami, chorizo, olives, empanadas, cheeses, croquettes and bread for our lunch picnic and made our way to Gaudi Park.

Built in the early 1900s, this park designed by Gaudi is an architectural masterpiece. It sits on a hill giving you a spectacular view of all of Barcelona.

With the sun just about melting us, we ate, walked around a little then found refuge in air conditioned shops and boutiques along Passeig de Gracia.

Our last dinner was at a Can Ramonet – a family run restaurant in the historic centre of Barceloneta that has been around since the late 1700s. Starting with our usual tapas and sangria, we then feasted on paella – 3 big pans before us and we devoured the lot.

And that wrapped up 48 hours in Barcelona – tapas, paella, sangria, a market, a little Gaudi, a little cathedral, spot of shopping and lots of laughs.

Signing off from Trastevere
Besos, Maria