Things to do in Rome this Summer 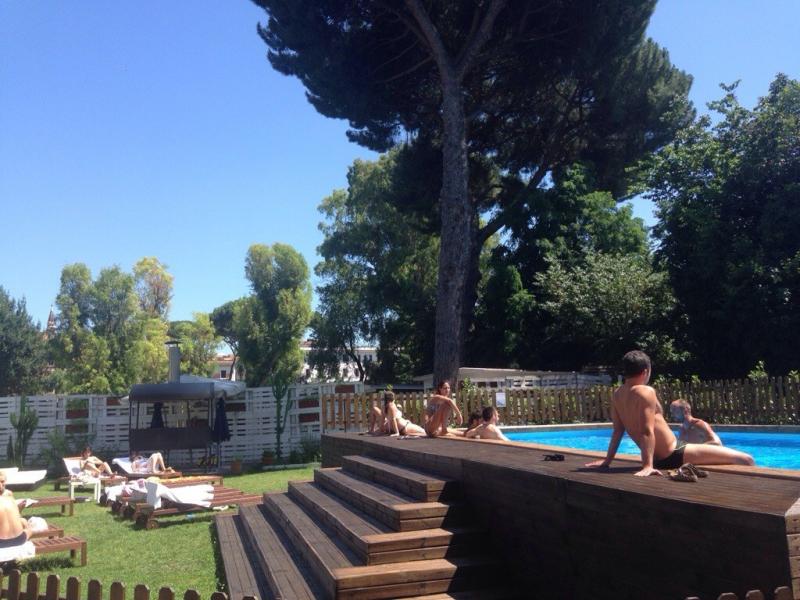 As a Melbourne girl born and raised I am accustomed to unpredictable – or I guess the less diplomatic term would be, crap – weather. Because of this, I don’t think I’ll ever stop getting excited about Rome’s summer events program.

While the weather here has also been a little ‘unpredictable’ of late, you can generally count on hot days and warm nights for about 3 months straight (cue shock from Melbourne – and I daresay London – readers).

I self diagnosed this Melbourne-weather-anxiety I have at the opera this week. And not just any opera at the theatre but at Le Terme di Caracalla (the site of the ancient roman baths of Caracalla) where the Rome Opera Company relocates for the summer months with ballet and opera events

So there I was with a couple of thousand other people, open-air, just casually watching Carmen. At the complete mercy of the elements.

And I was nervous.

I just kept thinking, “What if it rains?”. Nobody else seemed to be concerned. And that’s when I had to remind myself I was in Rome, not Melbourne. And that, “clear skies and sunny, 30 degrees” in summer, means just that. It doesn’t suddenly change to “17 degrees and showers”.

The opera needless to say, didn’t blow me away – I’m more a musical, theatre and ballet person – but the venue sure did. A stage has been erected within the ruins and with special lighting to complement the performances, it makes for the most stunning backdrop I’ve ever seen.

This summer season sees the Tokyo Ballet, Swan Lake and La Boheme among others and it’s just one of many events on around the city for the season. Click here for more information and bookings.

Here are some of my other summer picks:

Il Lungotevere
Along the Tiber River (il Tevere) in Trastevere until end of August the stands are back. Vintage market stalls, live entertainment, restaurants and bars dot the river banks every single night. A roman taxi driver recently told me (so it must be true!) that historically the program commenced as a way to entertain the Romans who could not afford to leave for summer holidays. It has certainly grown into city hotspot and is packed nightly with locals and tourists alike.
For more information: http://www.lungoiltevereroma.it

OS Club
By night OS Club is a restaurant. After dark it’s one of Rome’s popular restaurant dance clubs. But during the day throughout summer you can enjoy their swimming pool. The €15 entry fee gets you a sun lounge and towel and there’s a bar for drinks and snacks. Located right by the Colosseum, it’s a great way to beat the heat when you can’t get to the beach.
For more information: http://www.osclub.it

Other great options for swimming pools in Rome include some hotels who offer entry to the public. Click here to read my round up of these for USA Today.

Cinema America
Piazza San Cosimato in Trastevere has been turned into the arena estiva (summer home) of the occupied Cinema America. Old films are being screened at 9pm each Friday and Saturday until early July but hopefully more dates get announced.
For more information: http://www.americaoccupato.org

I’m also looking forward to the annual Trastevere festival di quartiere (neighborhood) La Festa de Noantri, which stands for the festival of “us others”. The festival honours the historical separation of Rome and Trastevere and celebrates the community of Trasteverini, who still like to think of themselves as a little special (author included!). Festival details are yet to be announced but it’s for two whole weeks in July culminating in a fireworks display.
For updates keep an eye on: http://www.festadenoantri.it

Some nightclubs have also set up summer locations like Bosco delle Fragole (near the Stadio Olimpico) and Le Terrazze at Palazzo dei Congressi (EUR).

So there’s plenty to keep you occupied if you’re in Rome during these summer months. In fact, it’s a fantastic time to be in town – with so much to do and that ol’ summer feeling in the air, the place really does come alive.