How to Eat (really, really) Well in Prague 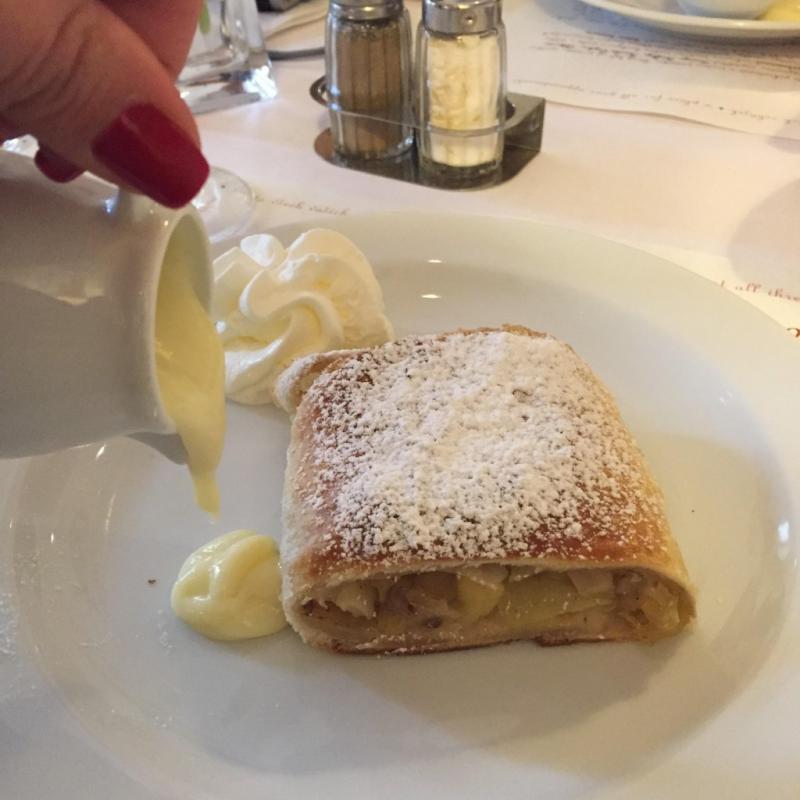 On my third trip to Prague, I finally discovered how to eat like a local and the fundamentals of Czech cuisine.
Confession..

Ok so I do know a couple of people in the city and work for Eating Europe (the tour company responsible for food tours in Rome, London, Amsterdam and Prague)… And have foodie friends like Amsterdam Foodie who were more than willing to part with a series of tips! So you could say I arrived this time with a competitive advantage!

Prague is often referred to as the Paris of Eastern Europe and with its pretty squares, outdoor cafes and tree-lined boulevards, it’s easy to understand why. Colourful buildings sitting all pretty in a row, line the streets of the old town making it seem like a backdrop to some fairytale and from above the city is a sea of orange tiled rooftops and teal green touches of beauty.

Walking around, you note the rich diversity of architectural style with hints of Baroque, Renaissance, Gothic, Cubist and Art Deco.. Oh and a splash of communist grey to serve as a reminder that it’s only been a couple of decades since the iron curtain fell around here.

On my first evening I strolled through the old town snacking on potato chips and trdelnik. Quite chilly, I wrapped my hands around a shot of hot chocolate.

But this was just a taste.

Potato chips on a stick, sold at the Easter markets

Trdelnik – not precisely Czech but found in most of Eastern Europe – can be found all over Prague. Sweet pastry baked on a rod then rolled in sugar, nuts and cinnamon – need I say more?

It was so chilly I had to have a shot of hot chocolate to warm up!

Czech cuisine is meat-heavy and staples include duck, pork and beef served with sides of cabbage and dumplings – all sorts from bread to potato. These aren’t your stuffed Asian-style dumplings but boiled dough-style rolls that are fluffy and sliced into rounds – with the sole (super smart and delicious!) purpose of soaking up gravy and things like goulash! All meals around here seem to be washed down with beer – yes this is the national drink! Soups are also very popular and for the sweet tooth there’s apple strudel. And there’s a whole lot more to it as I learned during my whirlwind trip.

Only in town for one night (not including my flight being delayed and an overnight airport hotel stay) I did exactly as advised and headed to Lokal for dinner. This place is casual and hearty Czech food and beer in a large food hall.

Now, I don’t drink beer. But I do smoke and I am a little addicted to pork so this place was just up my alley!

I stuffed my face with pork and gravy and potato dumplings, washed down with beer (when in Prague) and a sweet honeycomb biscuity thingy with freshly whipped cream for dessert.

The golden stuff at Lokal

This was all in the name of preparing my stomach for my food tour with Eating Prague. This culinary stroll through the streets of old and new town is hands down the best thing I’ve ever experienced in the Czech capital! Mirka our guide is a Prague native and is passionate about food and her city. This translates to the tour which has just the right balance of fun, history and food (of course!)

Selfie with Mirka – our lovely and talented Prague foodie guide!

So here are some tour highlights followed by my pics which tell the tale!

Choco Cafe: Wafers filled with freshly whipped cream and ready to be dipped into hot chocolate! The wafer recipe was handed down by Napoleon!

Zvonice: One of my favourite stops! Sauerkraut soup with venison sausage, mushrooms, basil oil and topped with sour cream and a potato dumpling!

Eating Prague run tours daily except for Sundays from 12:30pm – 4:30pm.  A four hour walking feast will set you back about €65 (discounts for teens and kids).

Signing off from Trastevere (trying to work out how I can have some bread or potato dumplings flown in!)
Baci, Maria