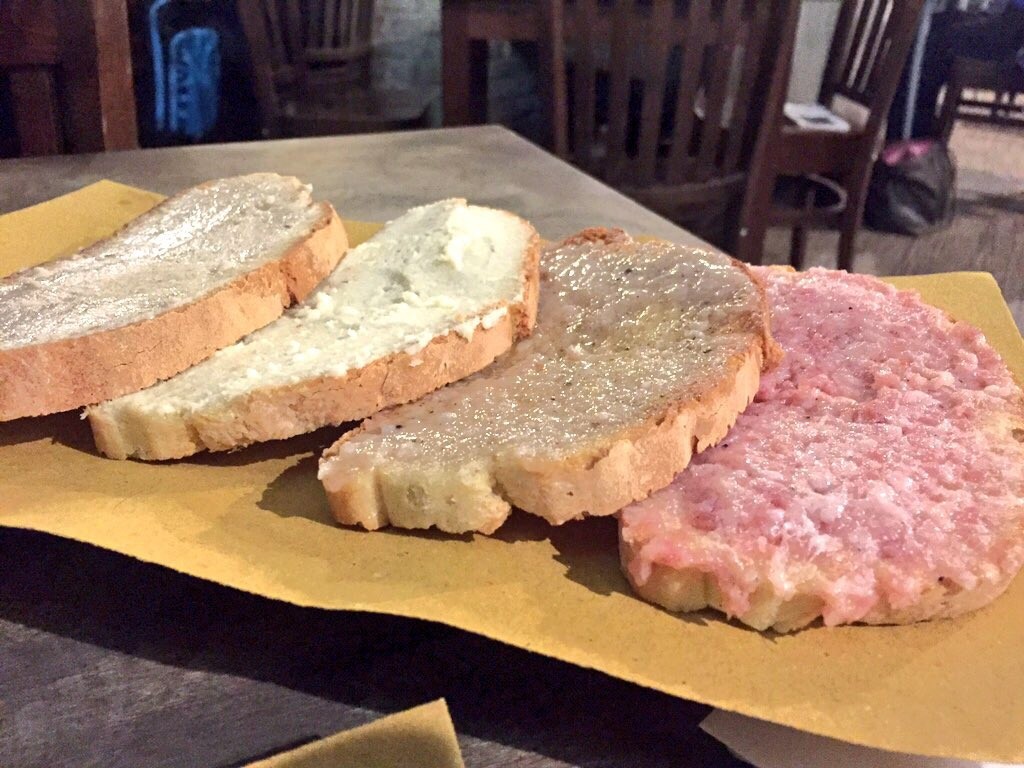 I swore to myself (and to a few others) that I would never eat arrosticini outside of Abruzzo. I had in the past and it just always ended badly.

The people of Abruzzo take arrosticini making and eating very seriously! And so do I. These skewers of mutton are cooked on a flame and sprinkled with just the right dose of salt. In Abruzzo that is. In Rome or anywhere else I’ve dared to tried them, they just never compare. Not enough salt, too much salt, too dry, too much fat, not enough fat. The list goes on and so I resigned myself to the fact – one which the Abruzzesi have long known – that they should only be eaten in Abruzzo!

Well, one of my friends never got this memo and took me out to a place called L’Arrosticinaro for dinner this week (translation is literally, the arrosticini maker). I politely scanned the menu and alas, we had no choice other than to order arrosticini. I mean, not ordering them here would have been the equivalent of going into a cake shop and not buying a cake (never happened to me by the way!) or going Indian and not wanting to eat Indian!

We ordered the classic ones and the truffle infused ones, some mixed bruschette (including a divine one with local Abruzzo sausage plus ones with pecorino cream spread and lard – also fantastic) and smoked mozzarella skewers. All the produce is Abruzzo sourced and this alleviated my initial concerns. And so out came the arrosticini in the typical terracotta pot, wrapped in foil to keep them warm.

Drum roll… And the verdict please..

Were they good? They were very good. Will I go back? Absolutely. Were they as good as the ones in Abruzzo? Well is Pepsi as good as Coke? The answer to both, is no. But that’s ok! The venue is casual and pub-like with a touch of vintage, shabby chic decor (like most venues nowadays.. Sigh) and the staff are super friendly.

On the way out I noticed their wall art which was just the cutest: “You’re truly Abruzzese if at night when you can’t sleep, instead of getting tired, you get hungry whilst counting sheep!”.

Average meal price: €20-25 including starters, arrosticini, dessert and a drink