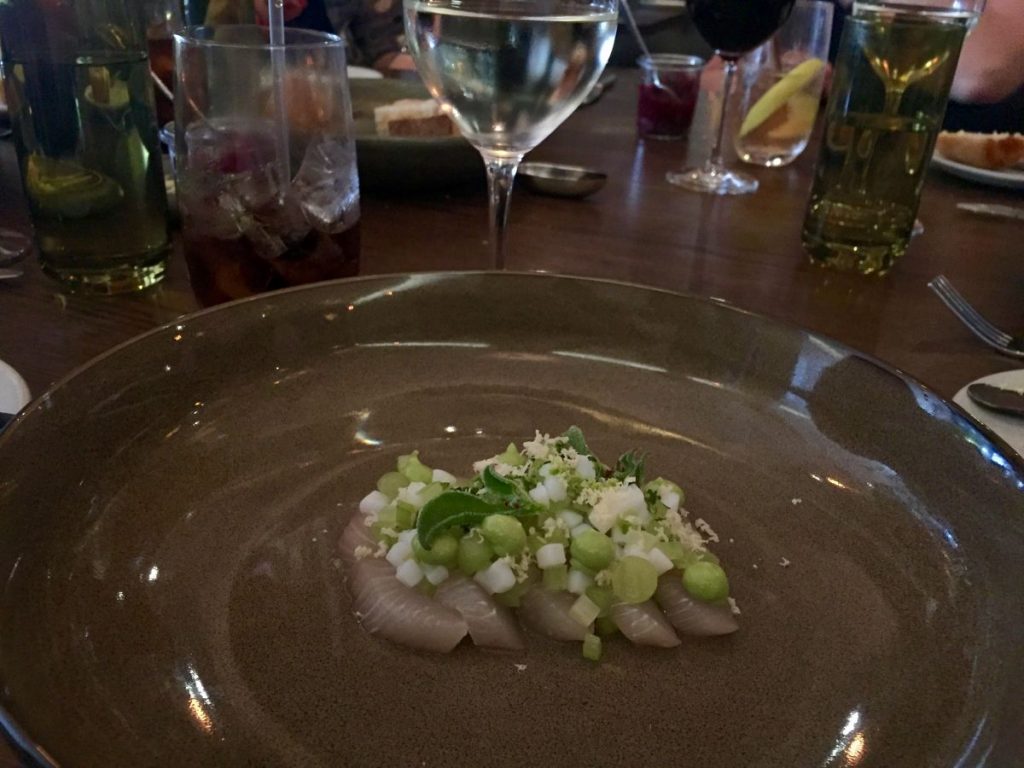 Yes I come back to Melbourne every year to see my family and friends and spend the holidays with them.

And yes I also come home to eat!

Melbourne is a melting pot of cuisine and is Australia’s dining capital. Chefs from around the world have even set up camp here of late – from Heston Blumenthal to the guys from Sweden’s, Noma. Just about every cuisine to fusion twists is on the menu daily in Melbourne and I’ve long given up on keeping a list of the places I want to check out when I’m in town.

This week I had the pleasure of returning to Cutler & Co. Andrew McConnell (of Cumulus and Supernormal fame) opened the restaurant in what was an old metal works factory in Fitzroy (Melbourne’s inner city north) in 2009. Accolades and awards later, it’s still kicking butt. Slick, sophisticated lines and decor with an open kitchen, here the service is attentive but not invasive. The menu honours local and often unusual produce and is great for sharing style dining. We opted for the 6 course degustation that looked like this. Signing of from Melbourne,
Baci Maria