I remember the very first time I walked into Piazza Navona. It was more than 15 years ago and my younger, curious travel mind and heart could not cope! I had never seen such beauty. The size of the square, life and laughter bursting out of the bars and restaurants that surrounded it, the Bernini fountain and the people.

When Paolo Sorrentino’s, La Grande Bellezza (The Great Beauty) came out in 2014 I rushed to see it. The Oscar winning film polarized Italians and Romans in particular, with many criticising it for an inaccurate portrayal of life in Rome to the world. I for one, some time after watching it for the first time (it’s pretty intense), got Sorrentino’s message loud and clear: the great beauty of life surrounds us daily, you just need to look at things with a different set of eyes.
I try to apply that motto to my life and when I walk around the city, I am not only conscious of its many problems and downfalls, but struck by beauty at every turn. 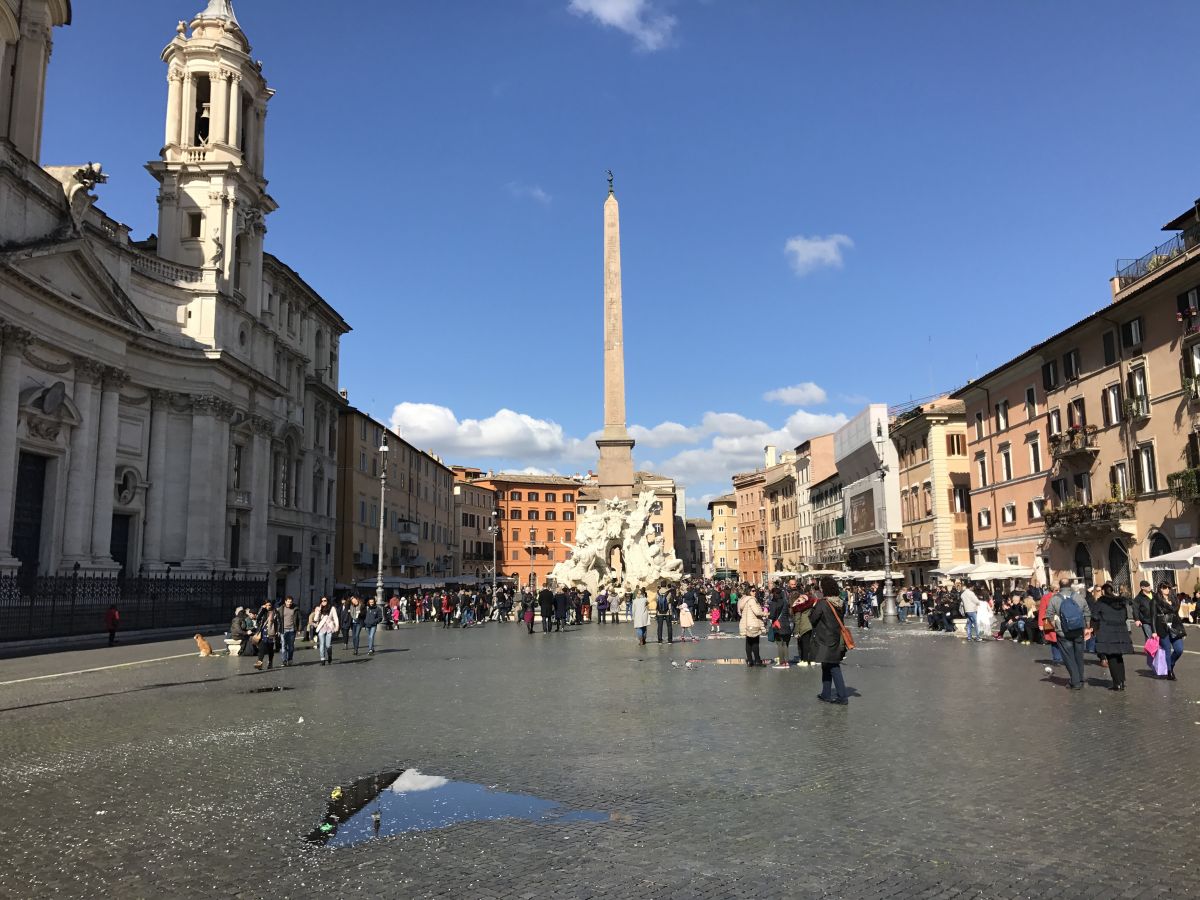 One of the famous scenes from the film was filmed in Piazza Navona and the main character is shown visiting a house with a balcony that looks right out on to the square. A scene that yes, is not real life for the majority of Romans, but aspirational nonetheless. I never thought I would set foot in that apartment. Until I took another PricelessCities walk with MasterCard.

That’s the beauty of this program – in over 40 cities around the world they aim to showcase the unique, the otherwise unattainable and the truly priceless aspects of a city.

This walk in particular, “The unexpected Piazza Navona“, had us explore the streets around the districts Ponte and Parione. Basically the ones that lead from Castel Sant’Angelo to Piazza Navona – some of the prettiest around Rome. Our guide navigated us through a route of hidden monuments, frescoes, unexpected views of Renaissance and Baroque Rome. At the stunning Chiesa Nuova we viewed the famous frescoes by Pietro da Cortona and the magnificent Madonna of the Vallicella by Flemish painter Rubens and unique Baroque jewel that is Santa Maria della Pace. 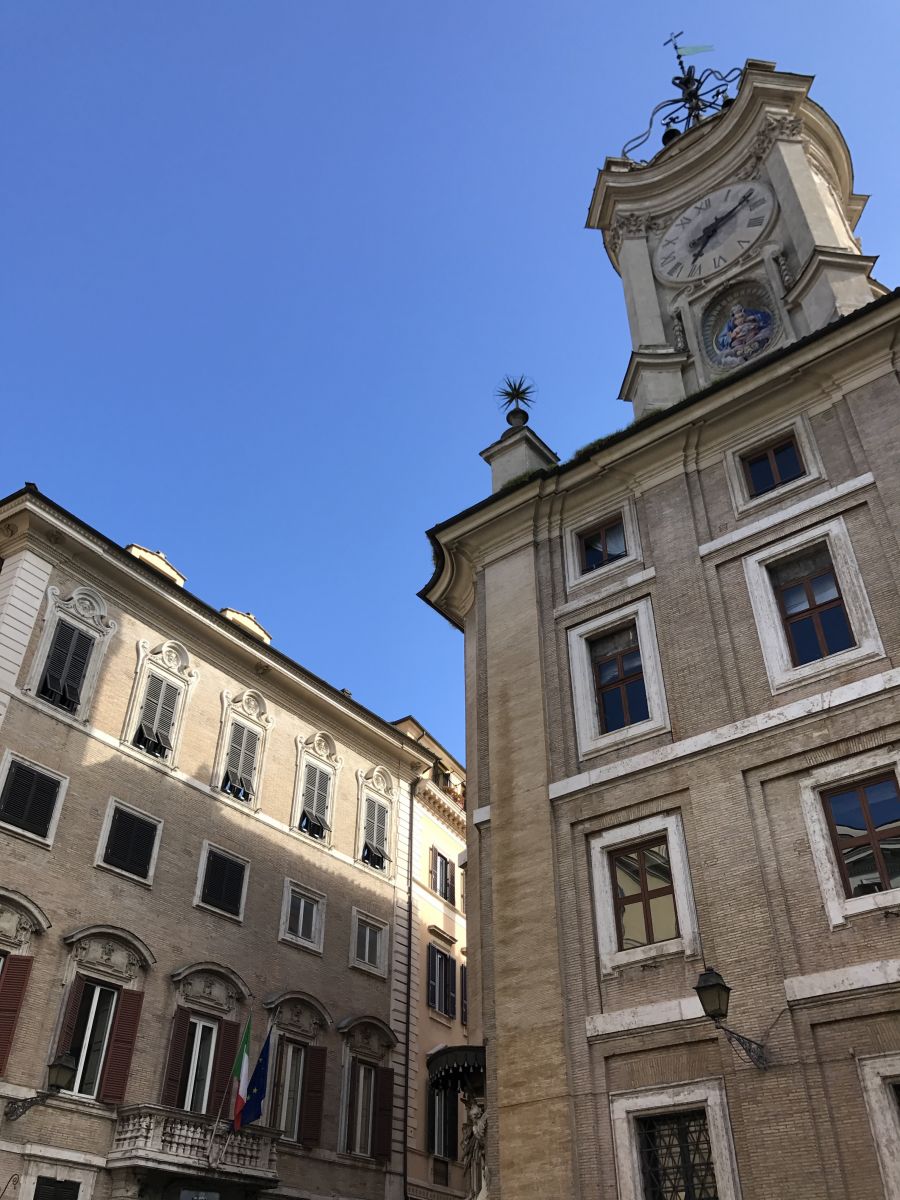 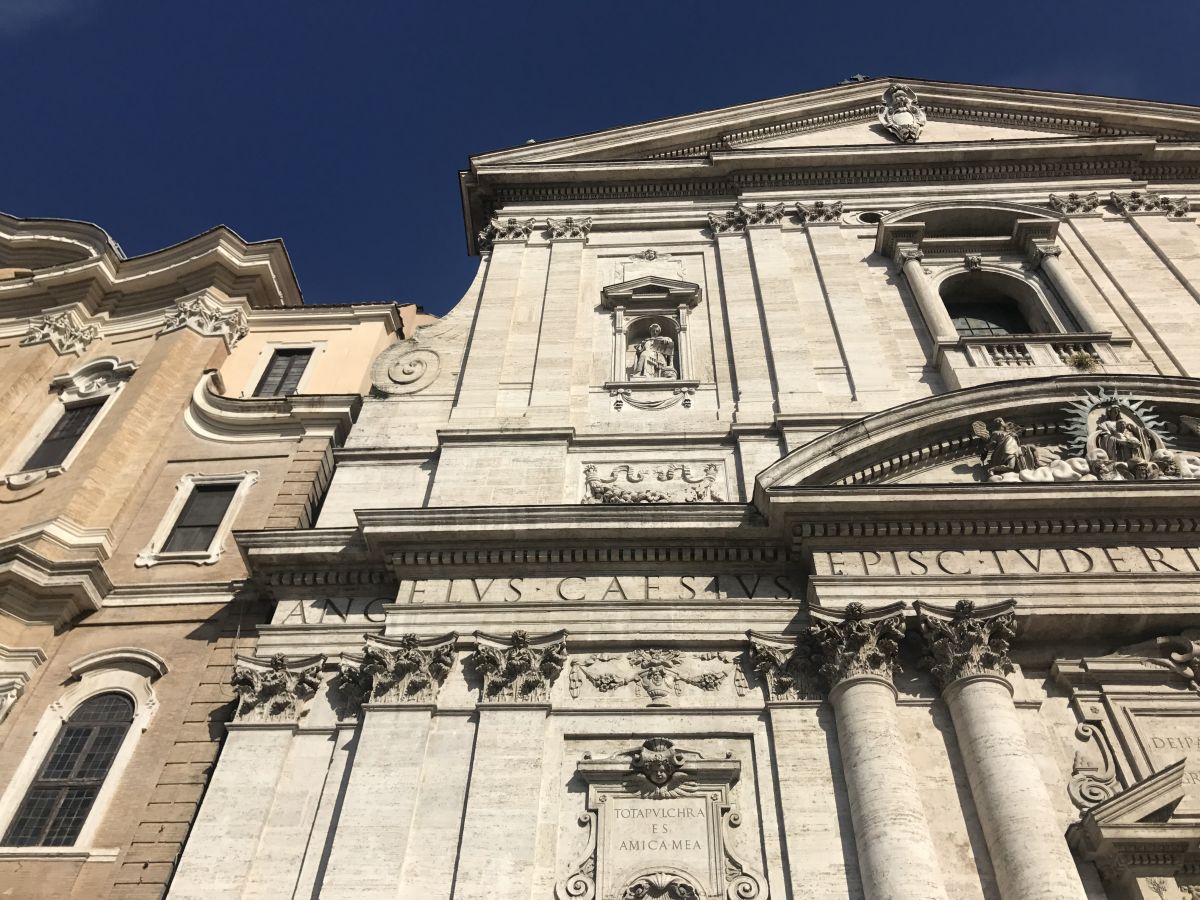 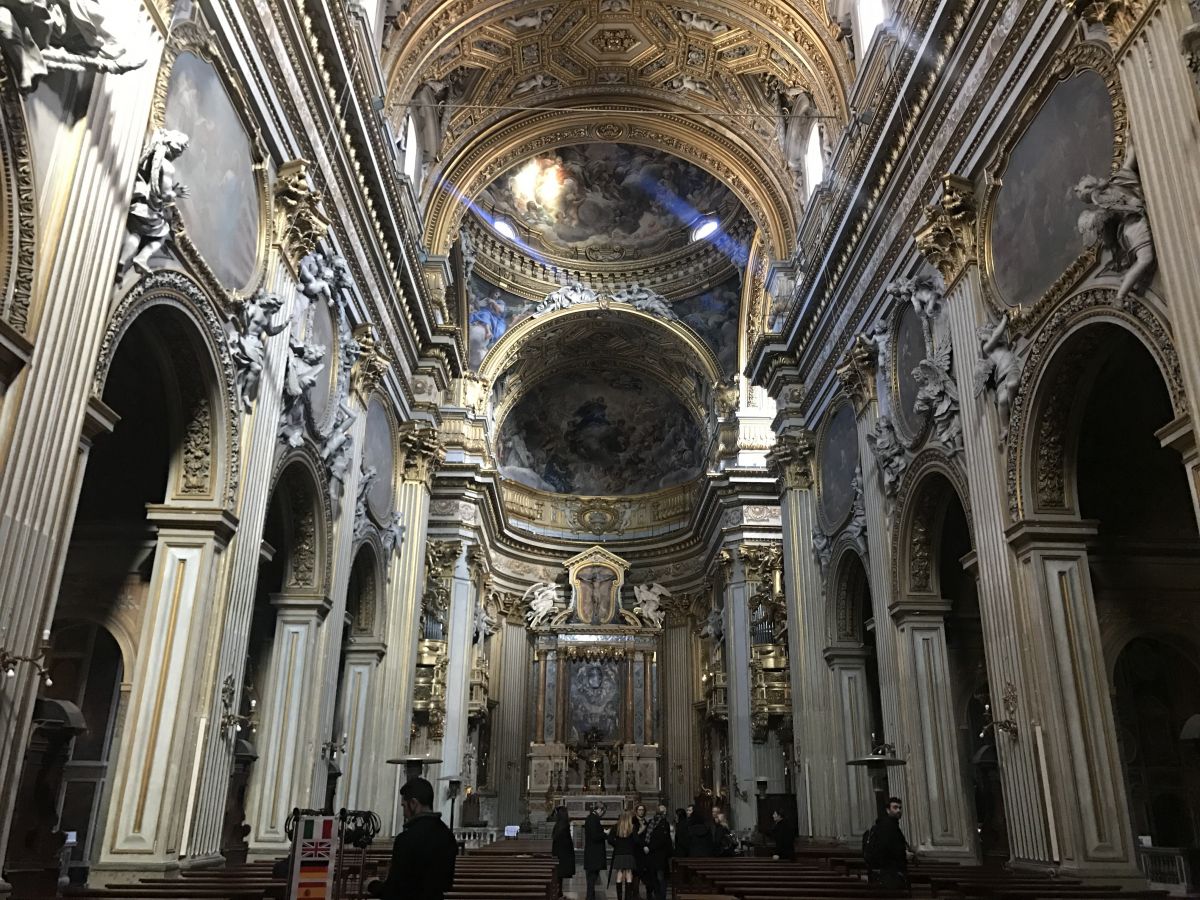 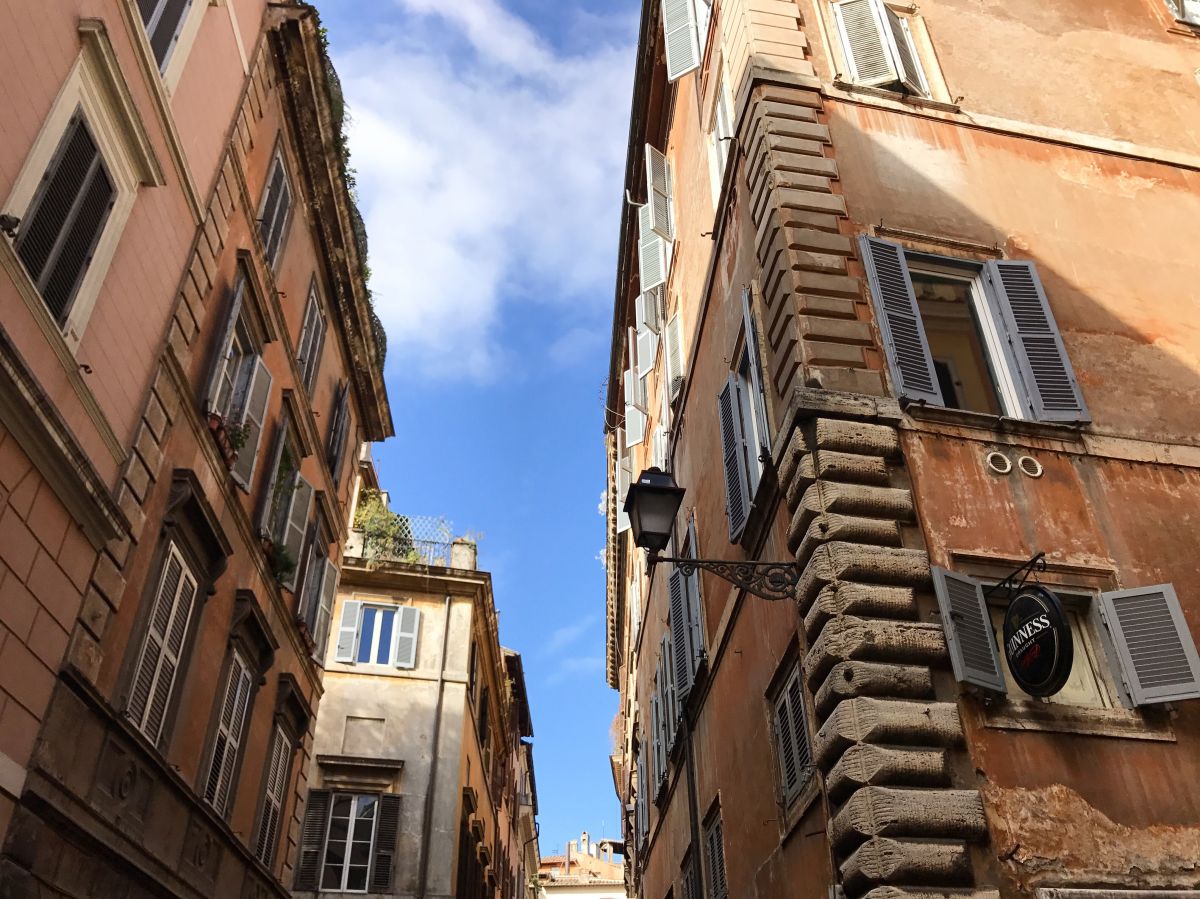 And then came the grand finale.

On Via dell’Anima we entered Palazzo Pamphili, a former apartment of Pope Innocent X. Now a private residential building, it features an incredible ramp built by Borromini.The palazzo is a gorgeous example of Baroque Rome and is adorned with frescoes and other ornate art features. But the balcony of one of the apartments which looks out on to Piazza Navona – the one made famous in La Grande Bellezza – is its most impressive feature.

Stepping out on to it, I experienced a Piazza Navona I never had before and in that moment, felt the world was my playground. Looking down to Bernini’s Fountain of the Four Rivers, the bars and the people, on a gloriously sunny Rome day not only took my breath away but was a truly thrilling experience. 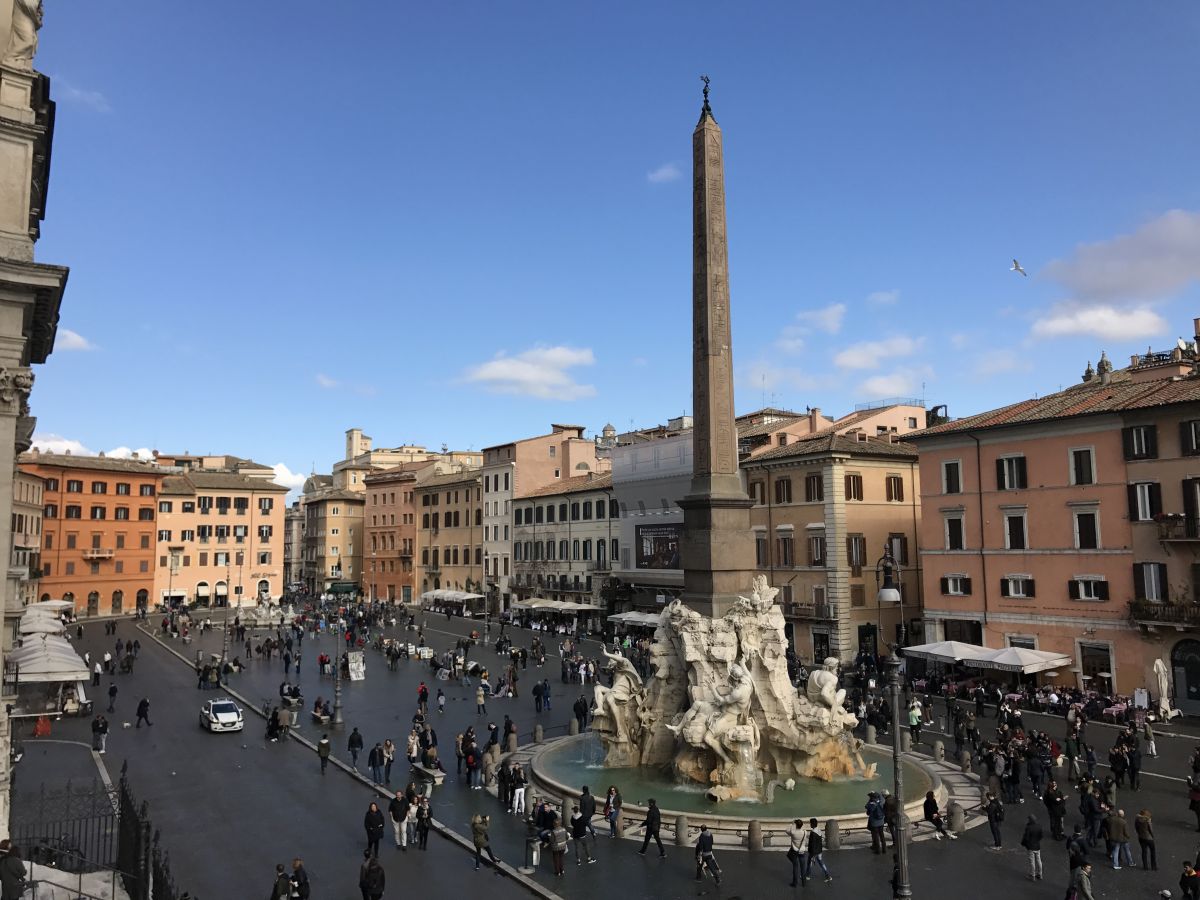 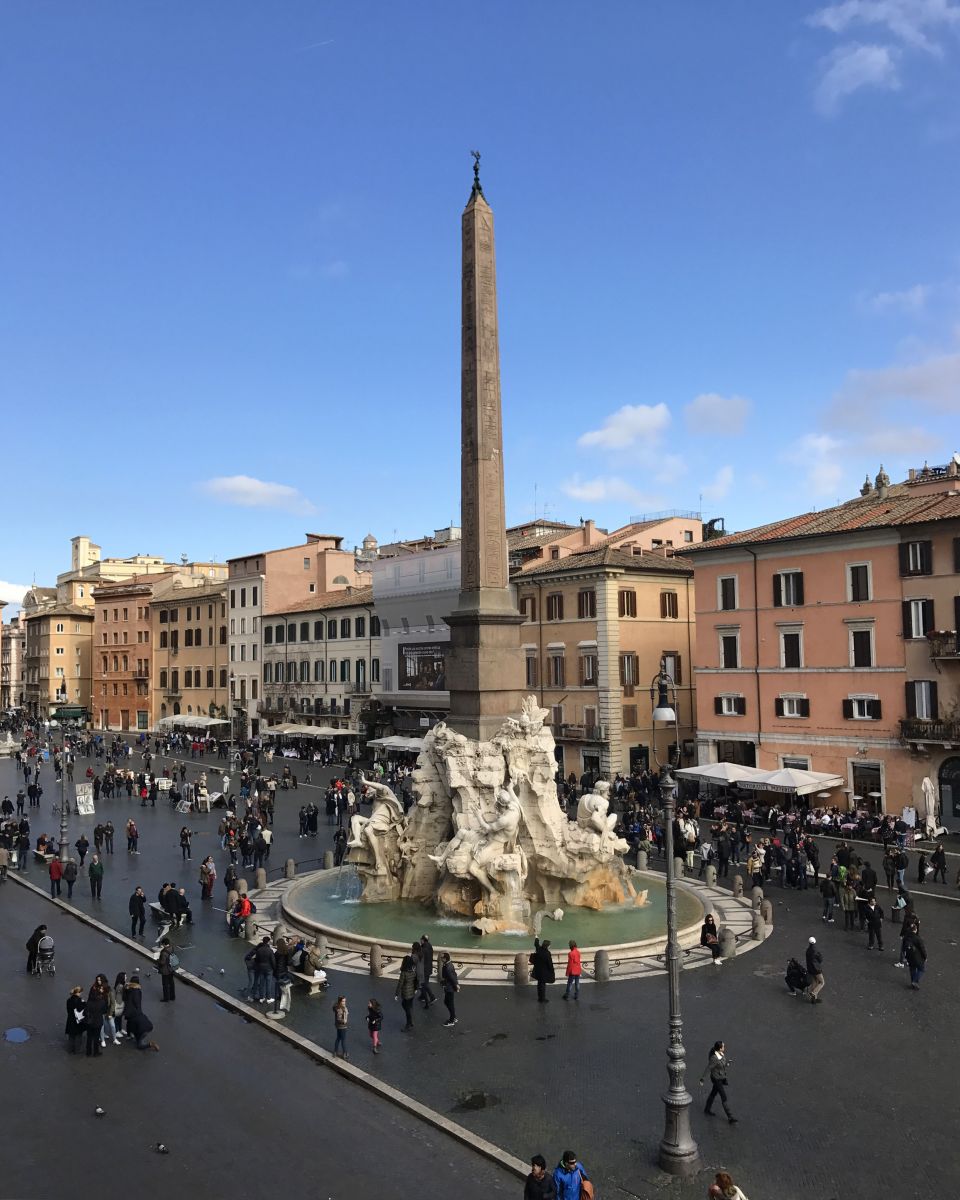