Skip to content
Lately it gives me great pleasure talking to people – foreigners, visitors, experts, friends – about the roman food scene. You’ve always been able to eat well in this city. But lately it’s taken some turns and with a nod to cities like New York and London, it would seem that Rome is becoming more international than ever. Rooftop bars, quality hotel dining, fusion cuisine, contemporary design fit outs, cutting edge technology and young up and coming chefs. All of this paired with consistent excellence in produce at many roman institutions, and it really makes for a food lovers’ paradise. And I love a good entrepreneurial story. When it involves women, all the better. In an international climate of #metoo, #timesup, gender equality and female empowerment, the Rome food sector – from chefs to journalists to PRs to business owners – is being energised by total female powerhouses. When Pianostrada came on to the scene in 2014 they were a breath of fresh air. Four smart, friendly and talented women in the tiniest of open kitchen spaces in the heart of Trastevere. Fresh, creative and gourmet street-food and other dishes on a menu that changed regularly, (often daily) together with their flair and charisma, was a recipe for success from the start. 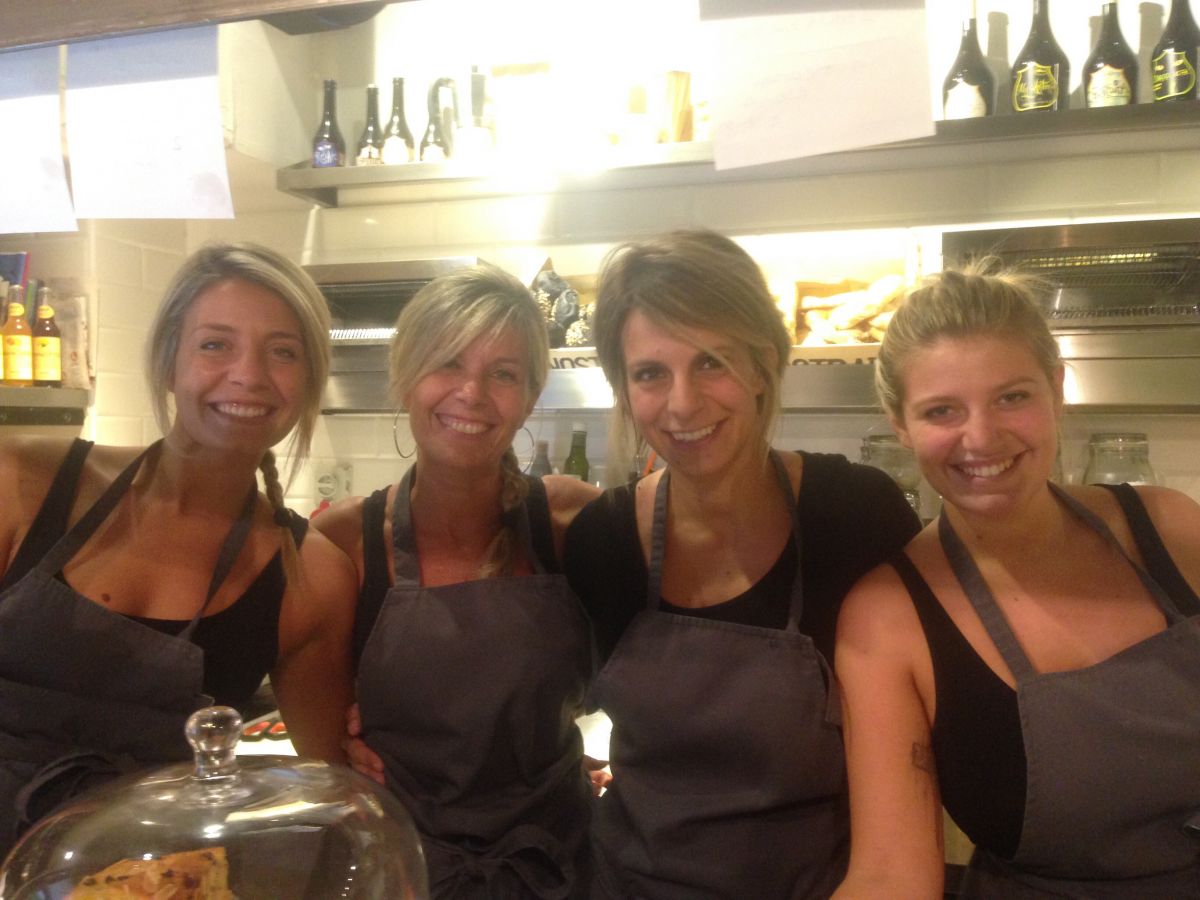 Cut to 2016 and they had outgrown their space, moving across the river to Via delle Zoccolette in swanky new digs – think vintage furniture and a garden complete with herbs, plants and fairy lights. Over 70 covers here meant a slight change to style and management and a menu overhaul – but one that honoured all their signature dishes (the squid ink bun baccalà burger, deconstructed fried zucchini flowers, slow-rise focaccia and their oh-so-familiar love for lemon zest) and added expertly mixed cocktails to the offering. 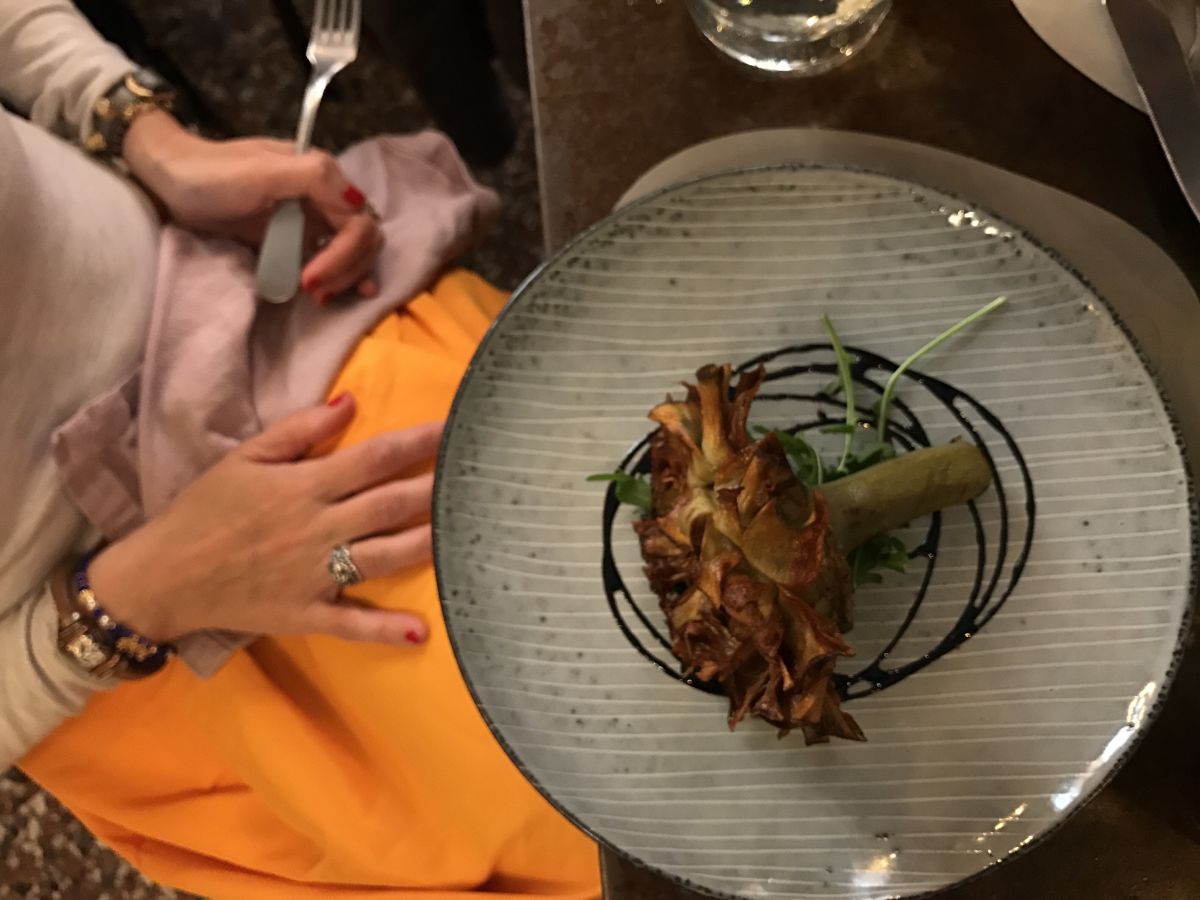 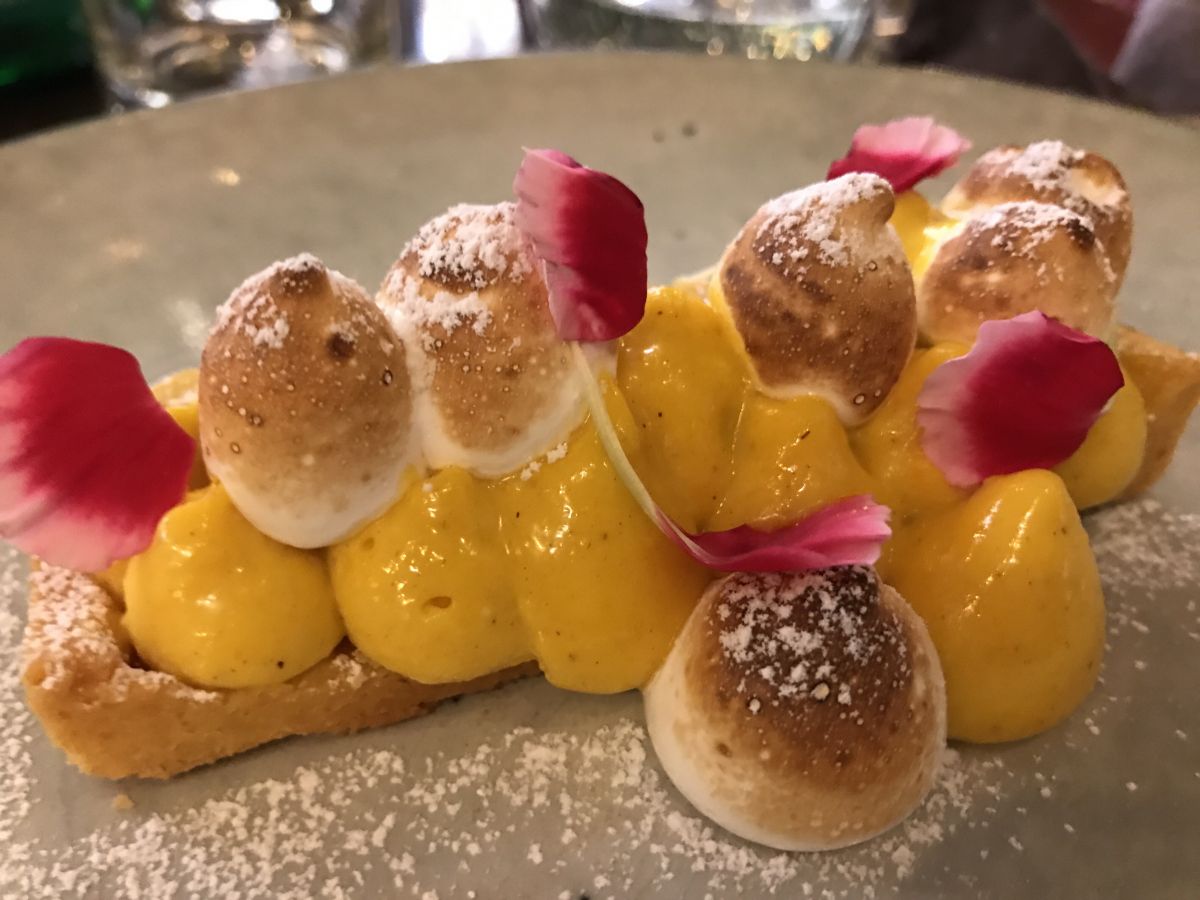 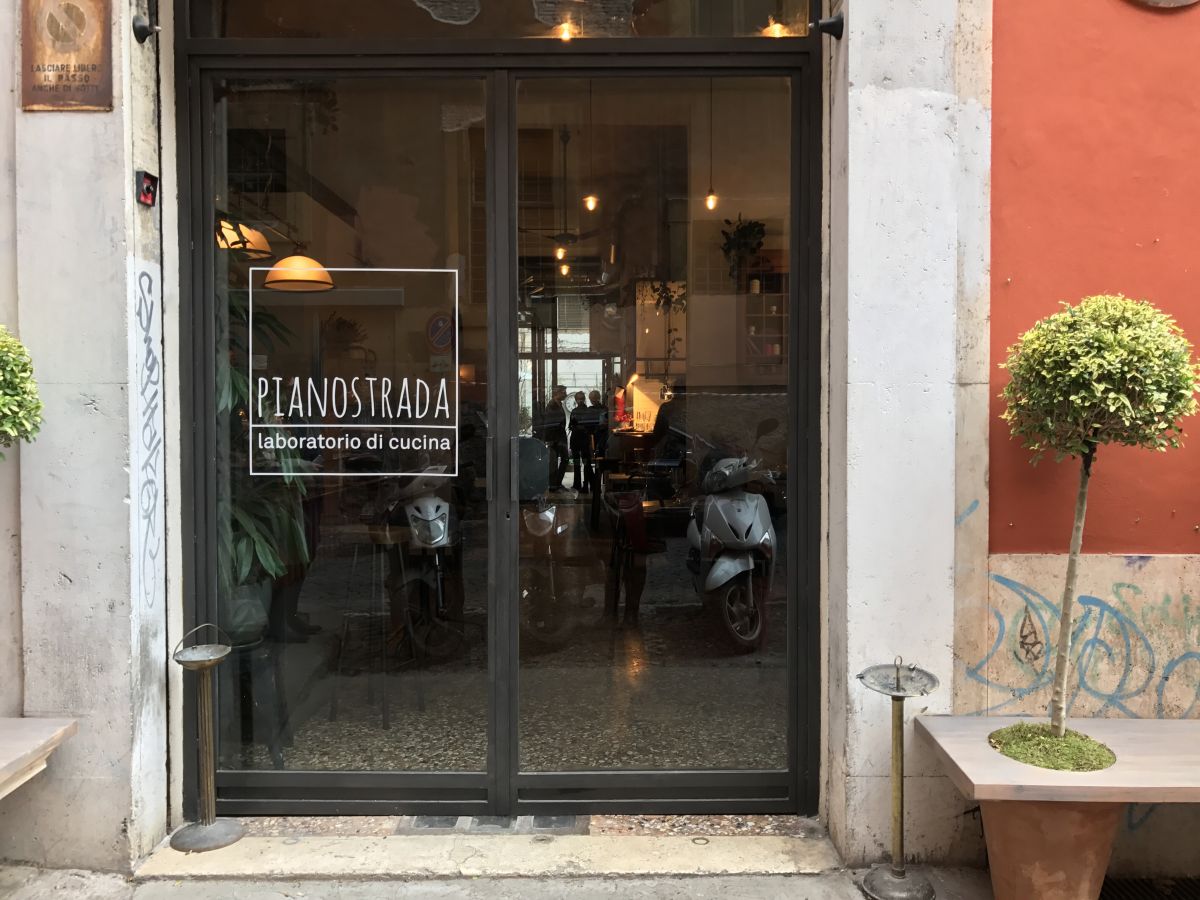 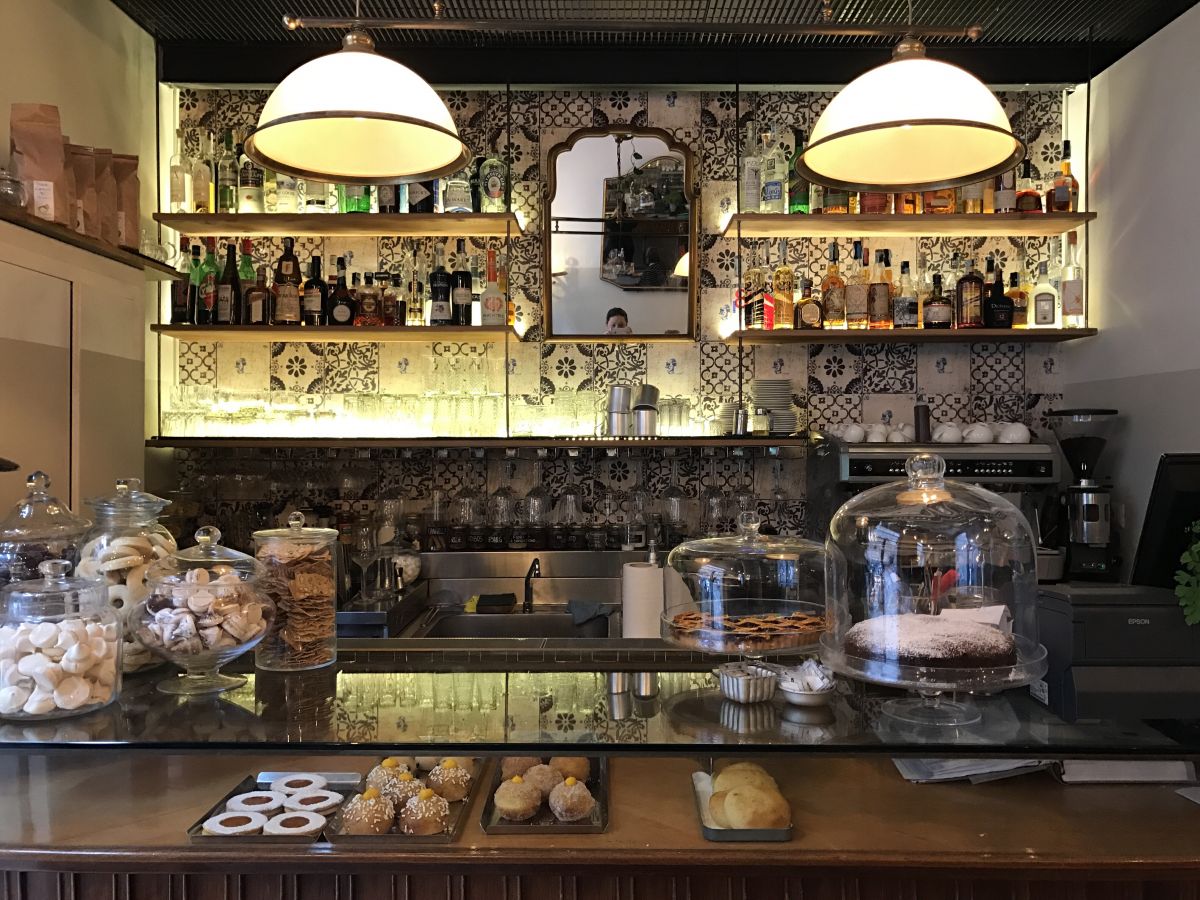 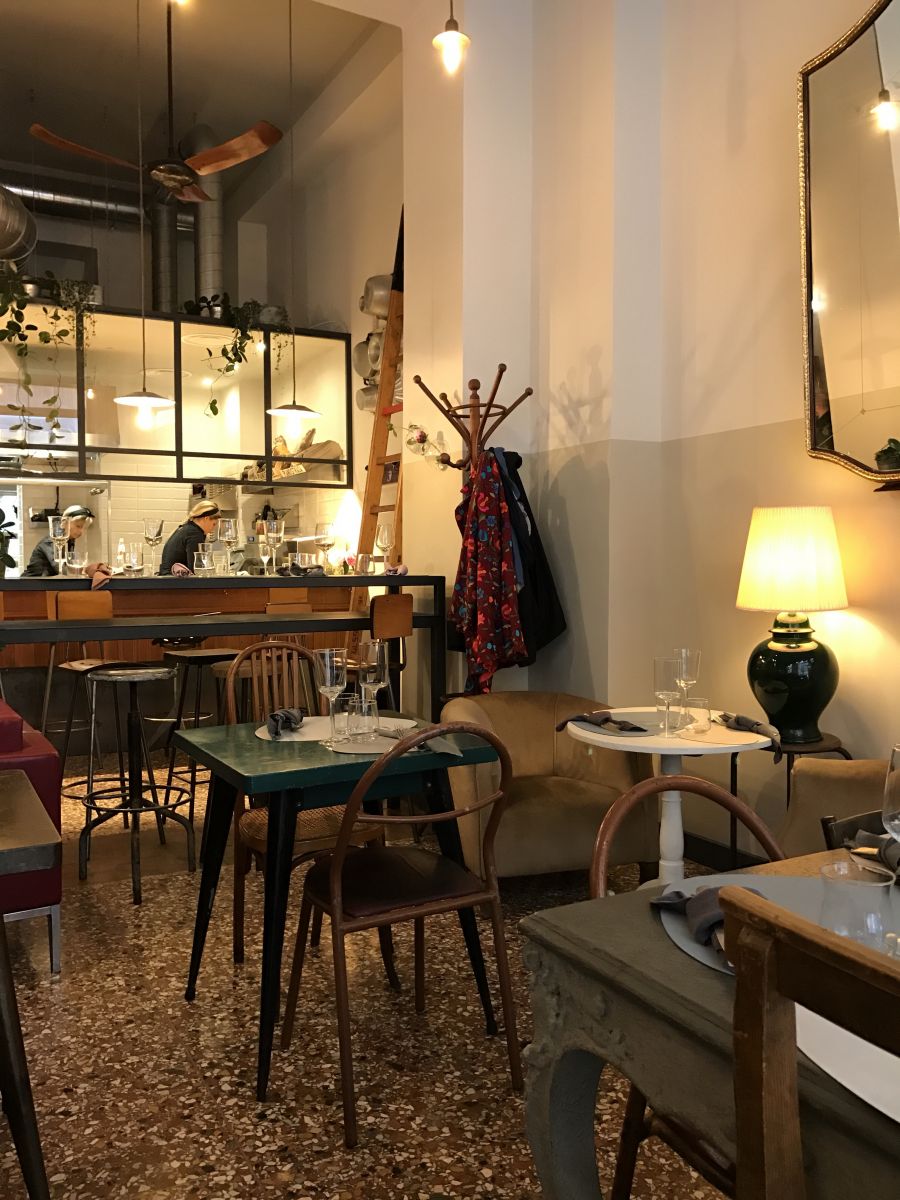 They’ve done it again with the imminent opening of Pianoalto (top floor – a play on words to match Pianostrada – ground floor – and to indicate their rooftop location). Along the Tiber at Lungotevere Portuense, the venue is set across two floors including the plant and flower-filled terrace which boasts a stylish L-shaped bar and offers patrons views across Rome’s ex-slaughterhouse, the Aventine and Mount Testaccio. The decor is all custom-made and has touches of the style Pianostrada has come to be known for – bench stools, armchairs, communal tables and more. 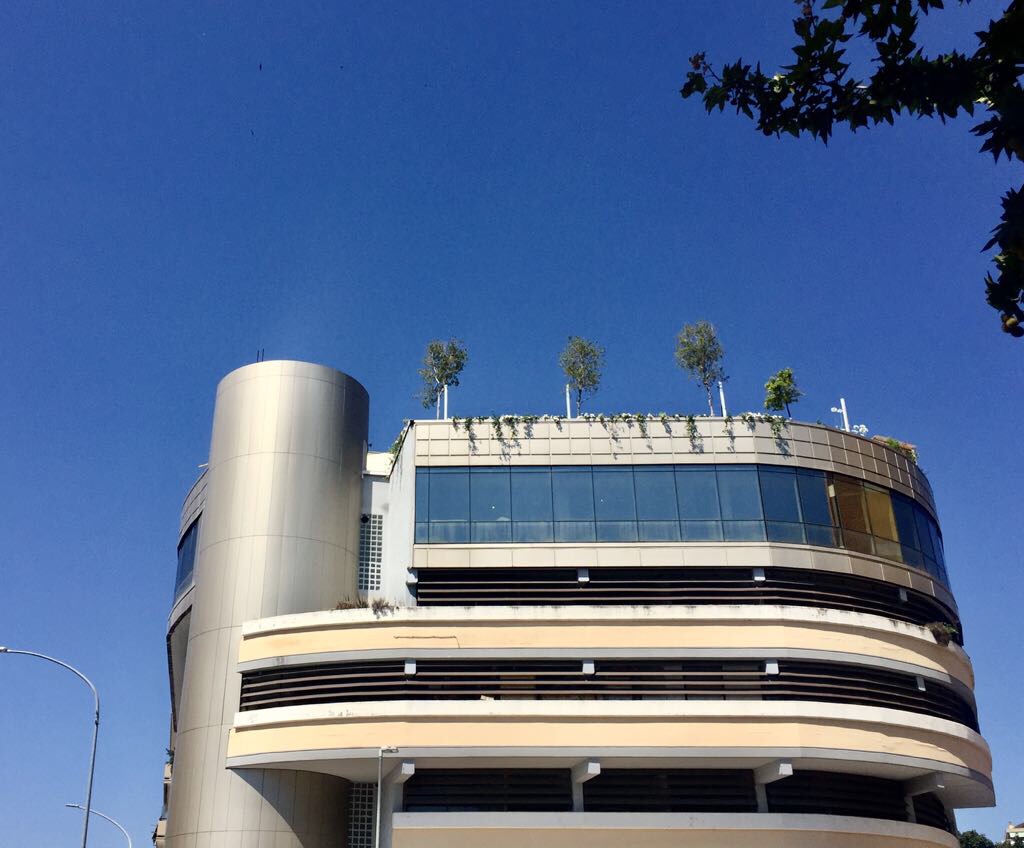 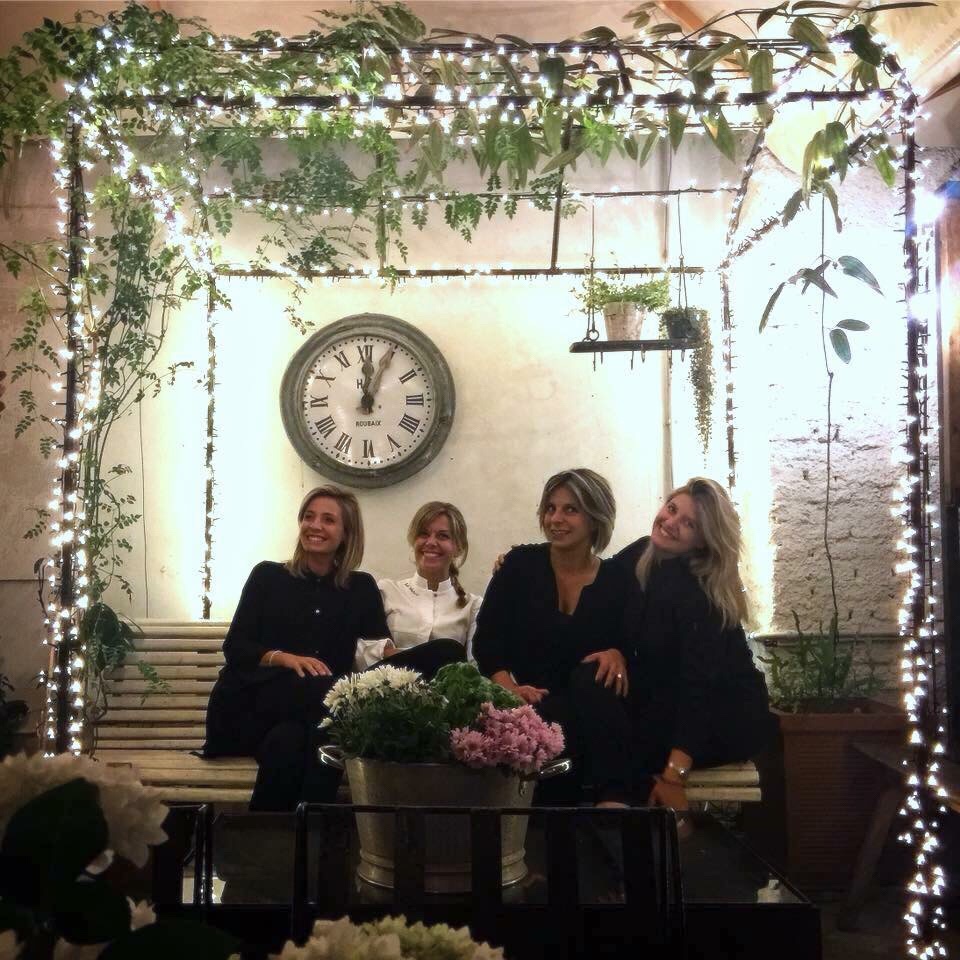 The women say they will divide their time between the two venues equally, especially to provide a familiar face for regulars! And on 10 July, longtime fans of Pianostrada and newcomers will fill the venue for what I’m sure will be the opening of the year! What a story and what a whirlwind – what, with their debut just 4 short years ago! Their continuing growth and success has been an absolute pleasure to watch. Their journey gives lessons for life – be passionate, be true, be nice and the rest will follow. Pianoalto Lungotevere Portuense, 200 From 10 July 2018 (Facebook) Pianostrada Via delle Zoccolette 22 (Facebook) Signing from off Trastevere, Baci Maria 2