It’s not every day you’re in Rome and get to see a Pope resign, a Papal Conclave and a new Pope elected.

Well that’s what I have been quoted saying in the three interviews I’ve conducted in Rome and Vatican City over the past couple of weeks.

That’s right people. I am in demand by the foreign press here and it’s confirmed a feeling I’ve suppressed for a long time and a sneaking suspicion I’ve had: that I was destined to move to Rome and become a star! 🙂

You read it right here that I was interviewed by Germany’s biggest TV news broadcaster at Pope Benedict’s last Angelus.

That minor highlight in my life kicked off what was to be a couple of weeks of excitement in the eternal city. 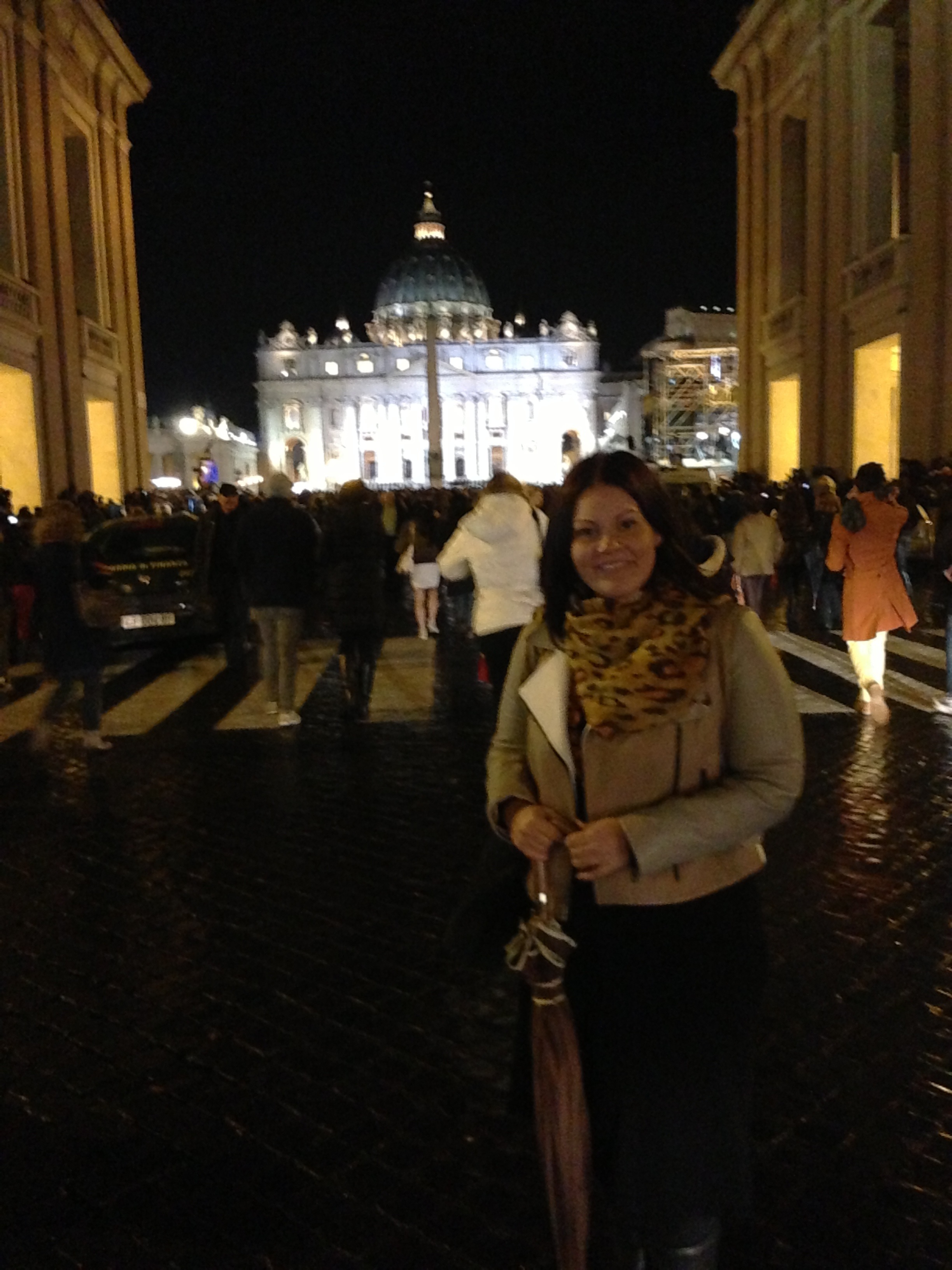 Like I said, it’s not every day you get to experience a Papal Conclave.

Friends and I braved the cold last Monday night and tried without success to see some of that smoke billow from the Sistine Chapel.

Truth be told, I missed all 3 puffs in the short 24 hours this conclave lasted!

Tuesday night while at a cinema in town I received message after message: “White smoke” & “Abemus Papas” (We have a Pope in Latin). Whilst in the theatre and almost drowning out the movie, church bells from the Vatican started ringing. Long and loud.

My friend and I got out in time and jumped in a cab headed straight for St Peter’s Square.

It was just madness with the taxi driver discouraging us to go and the traffic on the road, not to mention all the road blocks in the area. As we were approaching we could hear the crowd and activity live on the radio.

It was amazing. Radio hosts excitedly yelling like they were calling a soccer match!

Nothing prepared me for the walk down Via della Concilazione (the street that leads directly to the square.

St Peter’s as you approach stands tall and proud, but illuminated and on a night like this with such an energy in the air, it was just incredible. A sight that will remain emblazoned in my mind always.

People were running by us, frantically trying to get close enough to see who had been elected.

We got to a good viewing point just in time to see Pope Francesco come out on to the balcony to a cheering crowd of thousands. 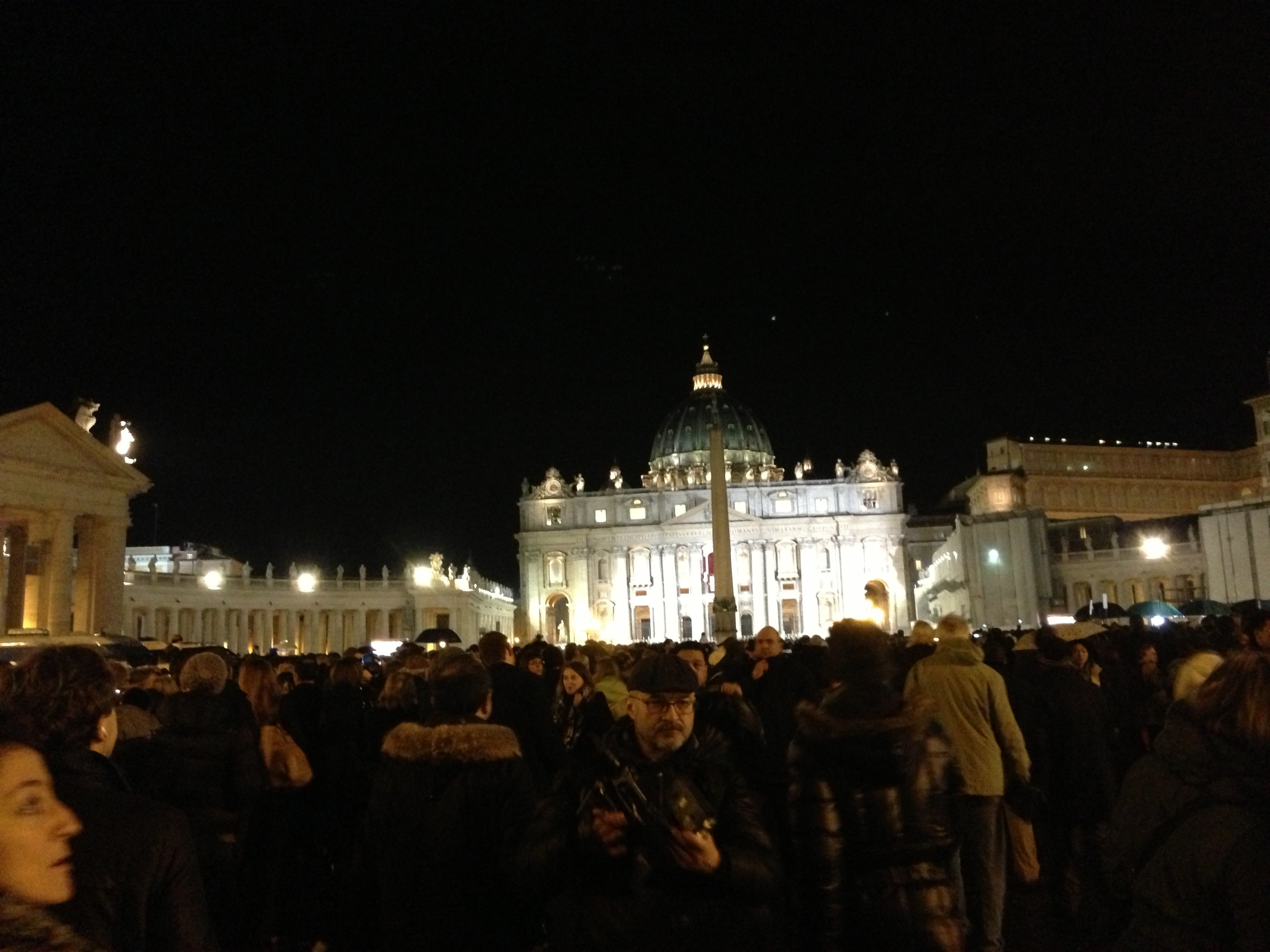 There was a silence and sense of tranquility as he delivered this first speech as Pope. He was well received as he joked and then bid the crowd goodnight!

And I was part of it.

A believer or not, this was a most historic moment.

Around me I saw people praying, hugging, laughing, crying and rejoicing.

How beautiful it is, not only to witness but to feel a profound sense of community and humanity. 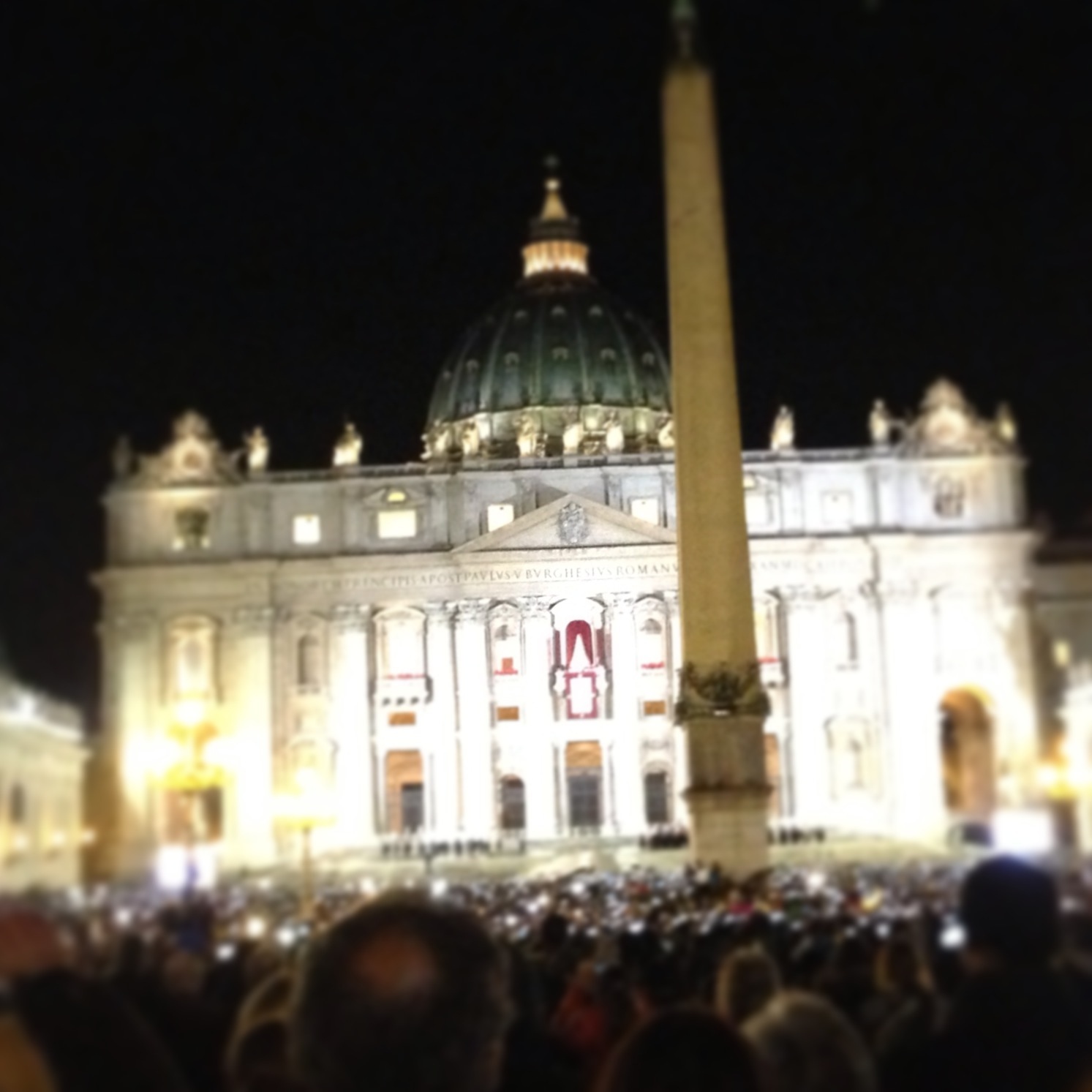 It is a moment in history and time in my life in Rome that I will cherish forever.

And just to top it off, the next day – while just doing my daily job of promoting Eating Italy Food Tours – I was snapped up for another two interviews with my friend and colleague.

One for CBN (American Christian network in Israel- go figure!) and the ABC in Australia – who were thrilled to have met two Australian girls who live in Rome and who had directly experienced the Conclave result.

Click below to check us out. It was pretty exciting to have friends and family back home wake up to see me in Rome on the morning news!
(And no need to comment about my constant hair touching – it was damn windy!)

And so Conclave came and went. If only one could be held to swiftly elect a new Prime Minister and determine the fate of the Italian people.

Anyway, what do I care? I’m on the verge of becoming a star – I can feel it!

Signing off from Trastevere
Baci Maria] 0