Rome isn’t London or Tokyo. It’s not New York or even my native Melbourne. Nor does it really want to be. Because Rome is Rome. And that doesn’t mean it can’t count contemporary or cosmopolitan in its nightlife repertoire! And boy has something big landed in this city; something that embodies the style and cool of all those above mentioned cities.

Drink Kong is the brainchild of Patrick Pistolesi, locally known of The Gin Corner, Caffe Propaganda and Barnum fame and his style and personality is all over this place. This Irish-Roman has been touted as one of, if not the guy who has revolutionised mixology in the Eternal City. And now together with his bar team Livio Morena, Riccardo Palleschi and Davide Diaferia; business partners Claudia Gianvenuti, Massimo Palmieri, Richard Ercolani and Ilaria Valeri; and chef Marco Morello (owner of Testaccio Market’s FoodBox), Drink Kong comes to life. 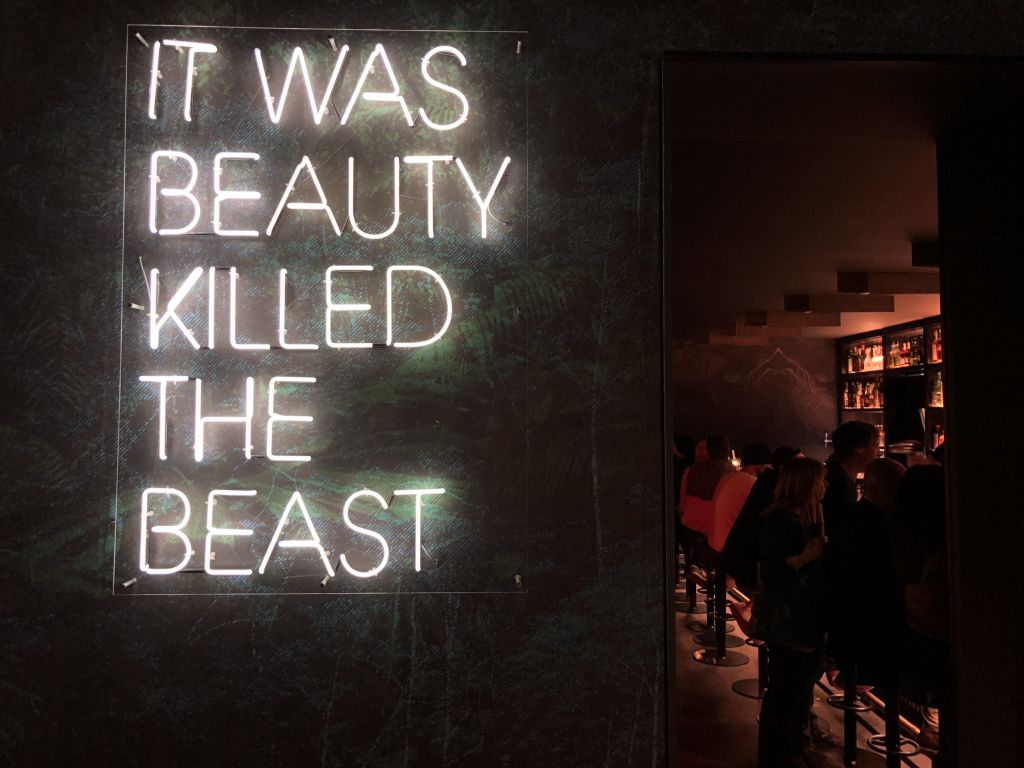 The style of the venue itself will undoubtedly win you over. It’s a labyrinth space filled with fun and colourful neon light signage and is set across a series of rooms that are designed to make you want to explore.

There’s the main cocktail bar where you can drink and eat at the counter. In the Tokyo ‘hidden bar’ inspired Ginza Room, private events and tastings take place. In the Lounge, take a load off, sit down and eat in the plush velvet adorned booths. And then there’s the Music Hall with nightly live entertainment. Take your phone to the bathroom (really, who doesn’t these days!) because the neon light feature here will keep you occupied for a while and if there’s a line, no problem – enjoy a shot at one of the vintage 80s arcade games. 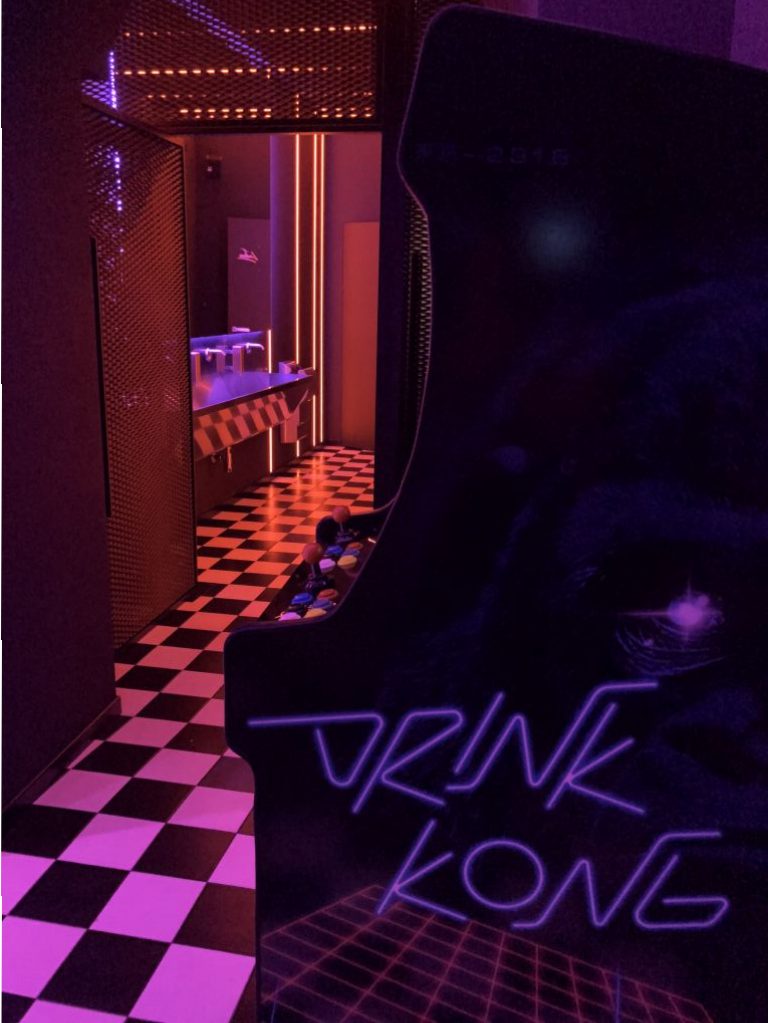 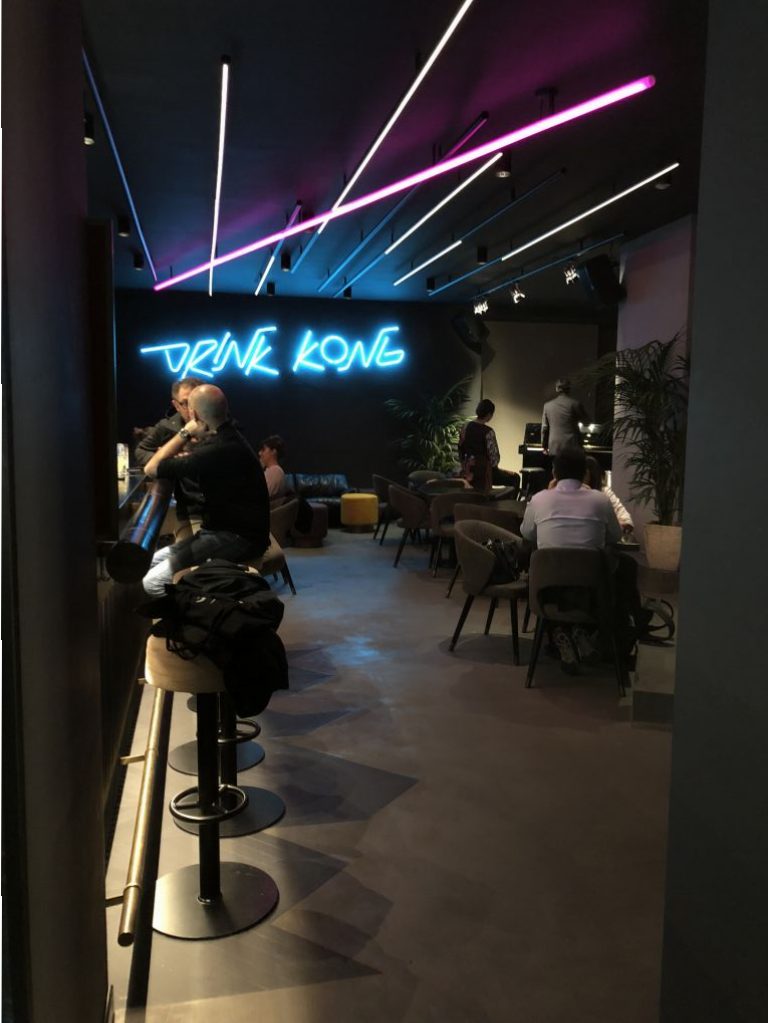 Classic and a selection of signature cocktails are the order of the day and you just tell the guys behind the bar whether dry, sweet or bitter is your thing. Then sit back and in the shadow of those way-too-cool neon lights and watch the magic happen.

If their expertly mixed cocktails aren’t enough to entice you, their tapas menu of pork filled bao, tacos and Chinese dumplings just might. 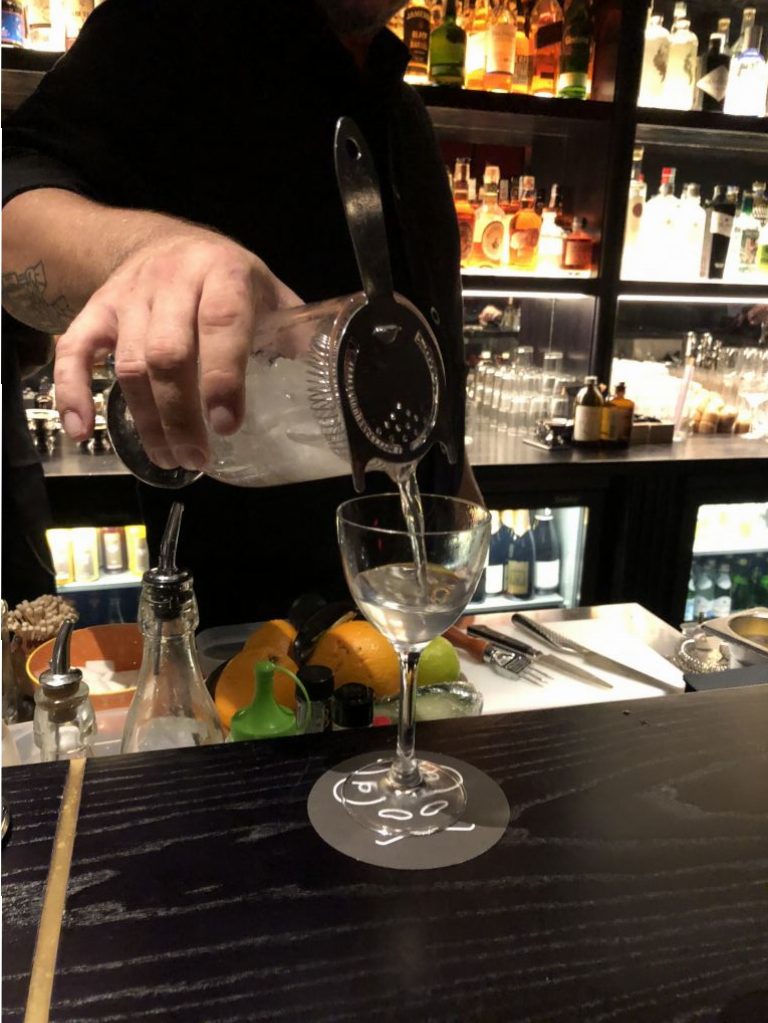 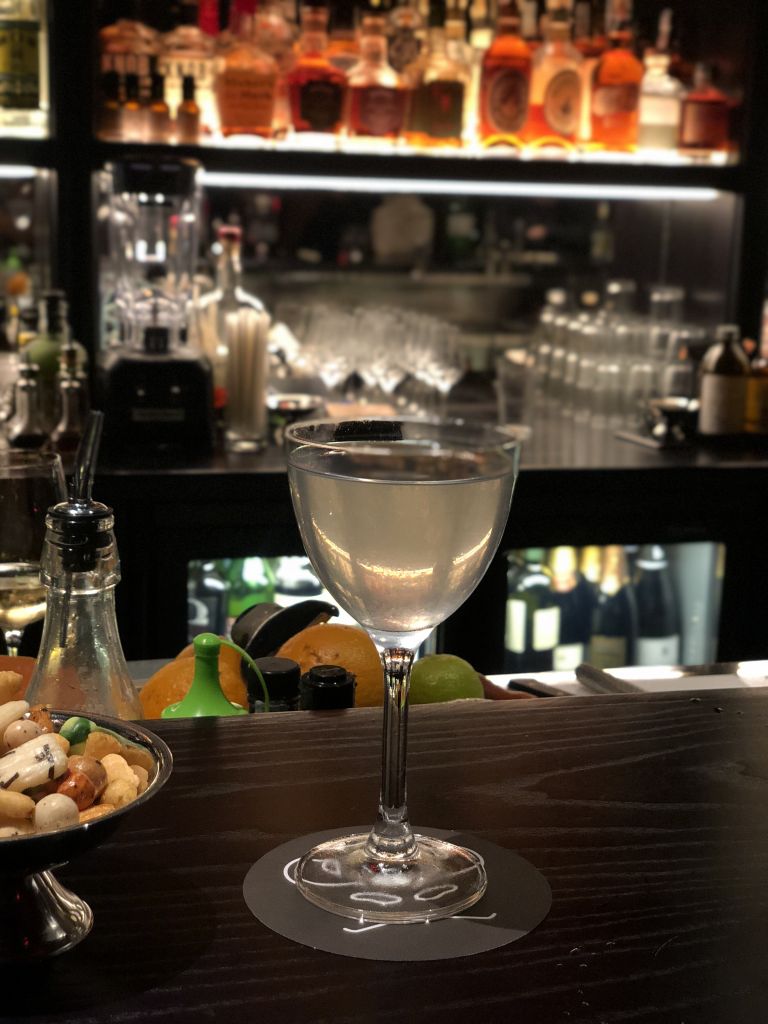 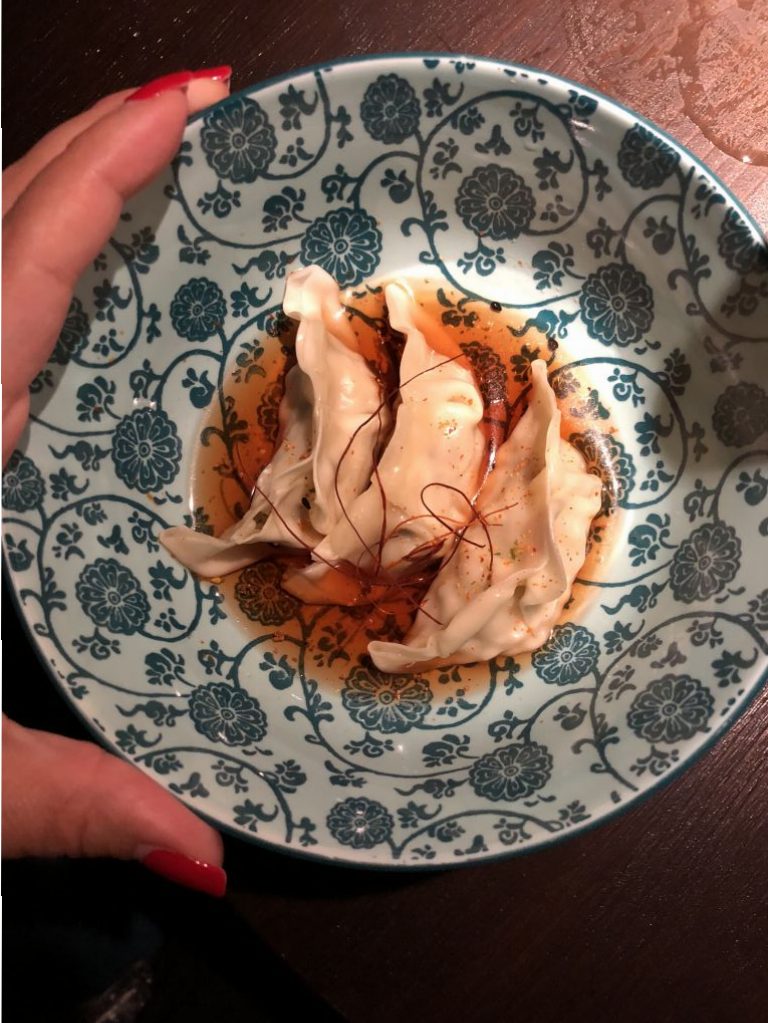 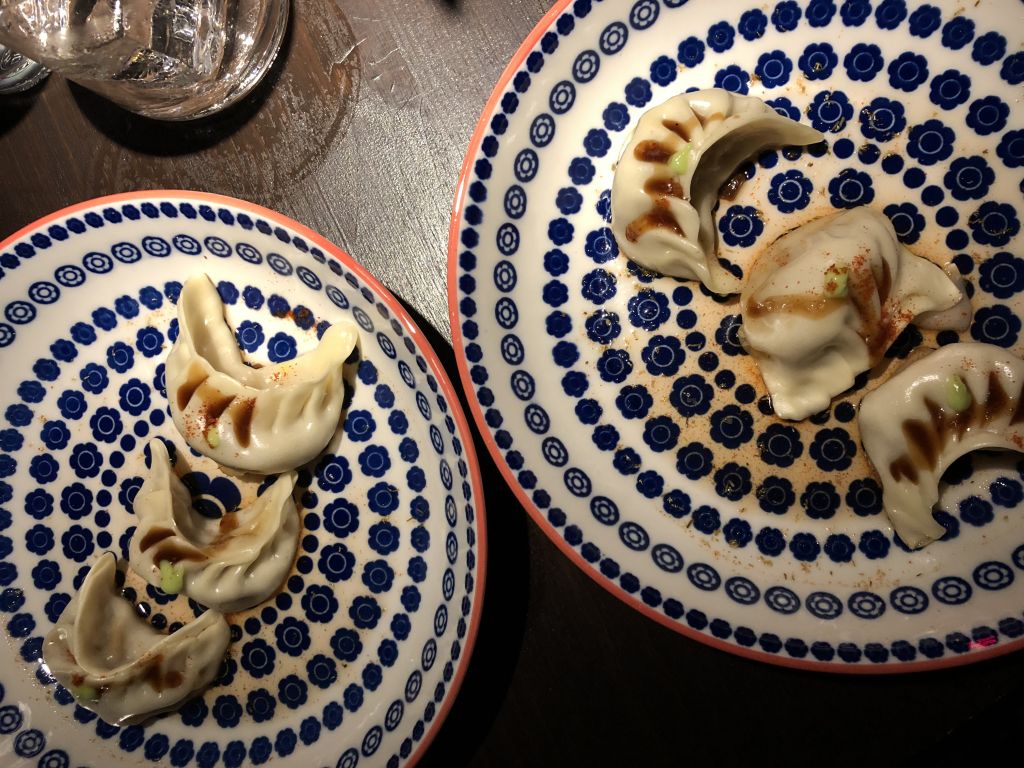 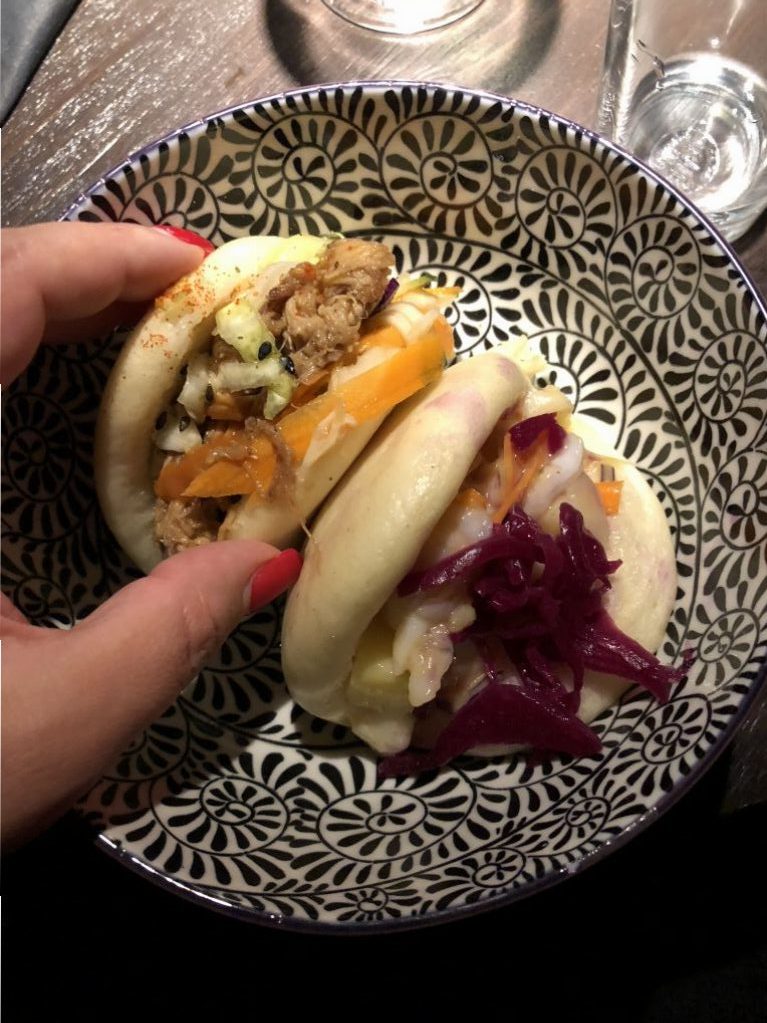 Drink Kong you sexy, sexy thing. Rome has been waiting for you!

Closed Mondays, every other night 6:30pm to 2am