New York. New York New York. Ol’ blue eyes sure got it in one when he sang: “…A city that never sleeps.”. Throw a borderline-insomniac-adrenalin freak like me into the mix and you can bet that the first time (and the second and third) I visited the big apple I hardly shut eye! 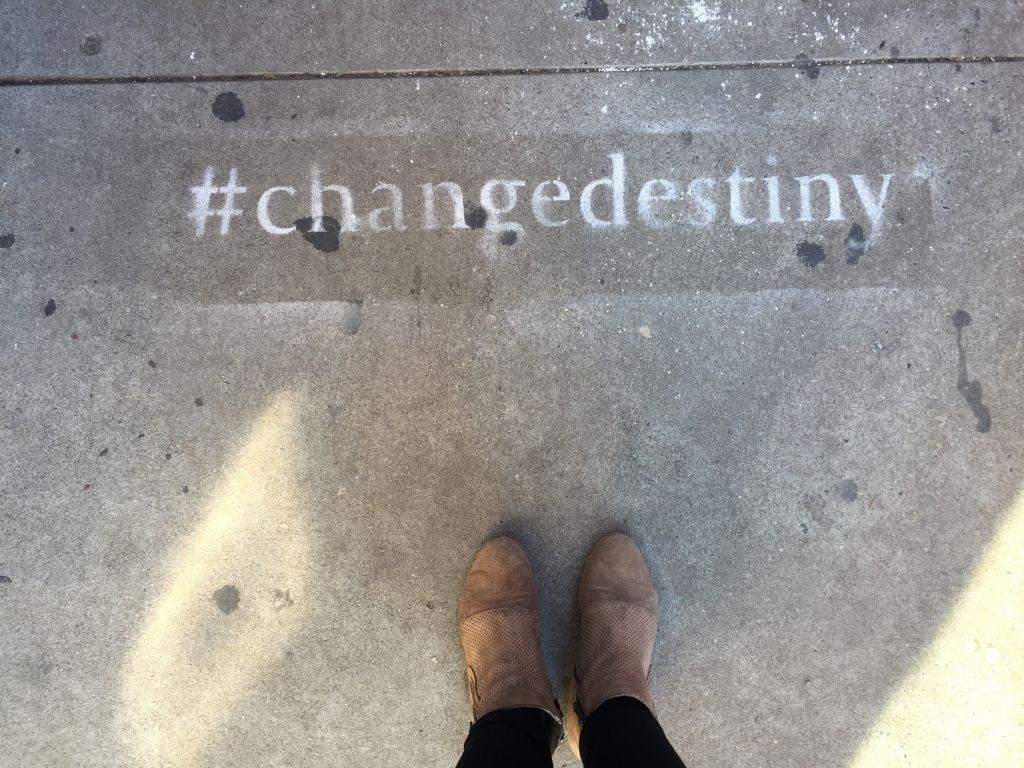 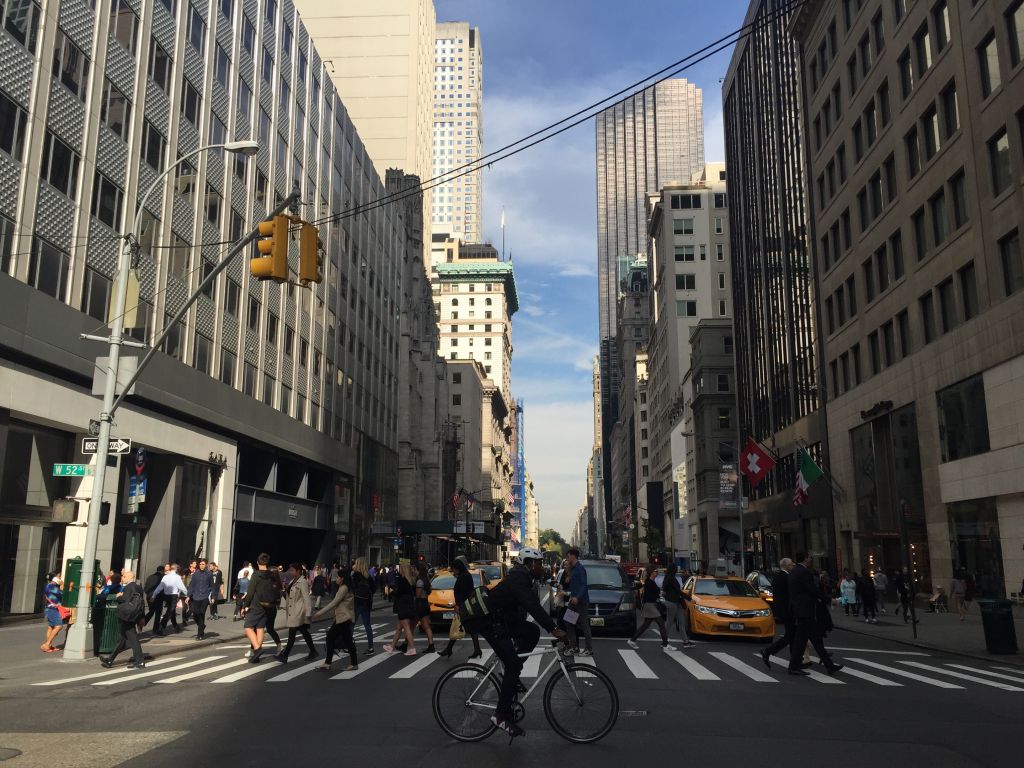 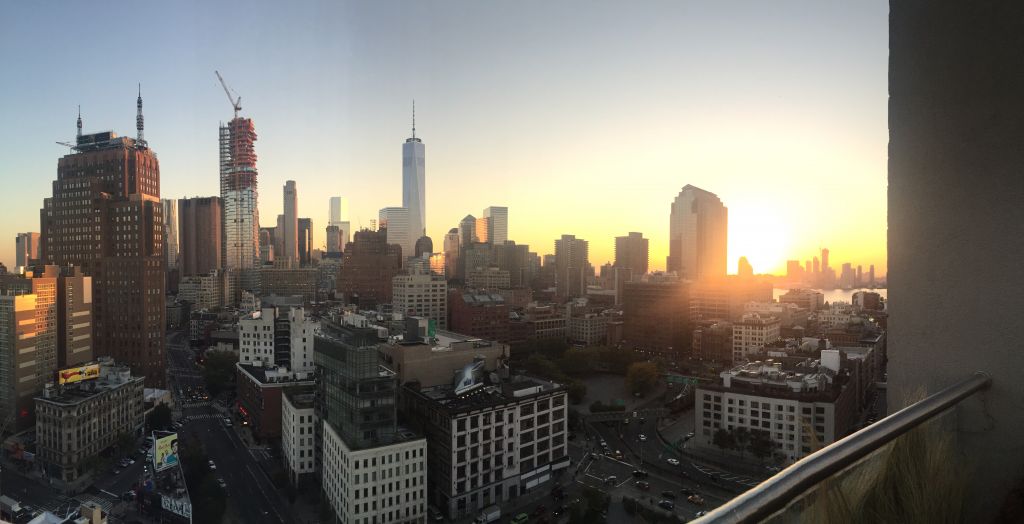 I’ve always said you feel like you’re in the centre of the universe when you’re in Manhattan. It has an energy that I haven’t felt in any other city around the world.

My first time/s in New York I did it all. Climbed to the top of the Empire State Building, the Rock, walked the shit out of midtown, Central Park, Brooklyn, saw the Nicks play at Madison Square Garden, the Mets in Queens, Grand Central Station, the 9/11 memorial, Chelsea, cupcakes in the village and Buddy’s Bakery in Hoboken! Gosh, one year I even saw the ball drop in Times Square on New Year’s Eve!

So I thought, this time will be different. More relaxed!

I was wrong. I visited again late last year and we ran ourselves into the ground. New York just does that to you! We packed so much into 4 days, but did get up to a few things that I probably wouldn’t have been able to had it been my first time.

So here’s my little guide on New York City for the non-first-timer.

For: Outstanding Italian fine dining by award winning creators Mario Batali and Joe and Lidia Bastianich (probably the biggest names in Italian food in the USA.) Be sure to choose the one of their tasting menus where they showcase their best ware. (Del Posto) 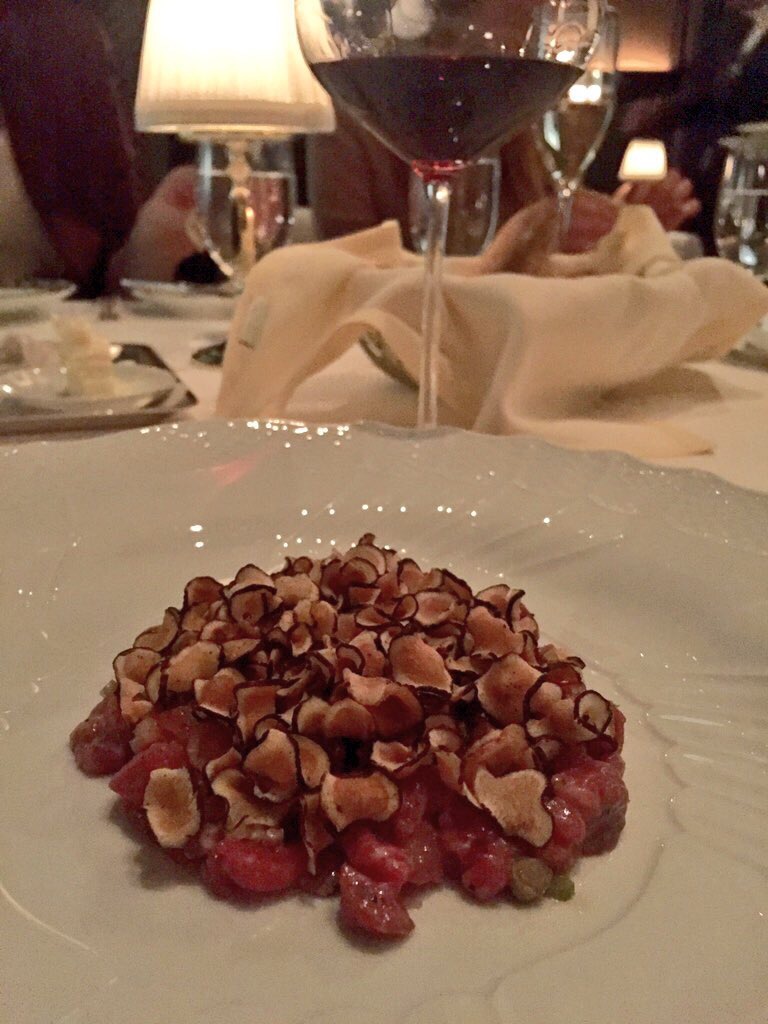 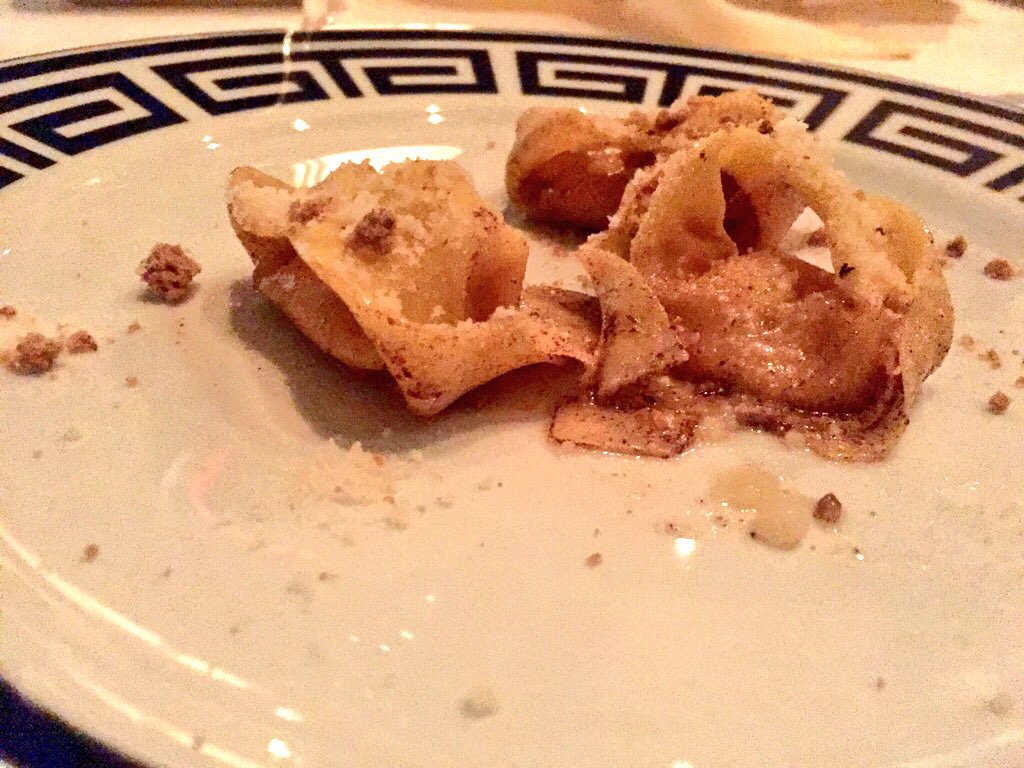 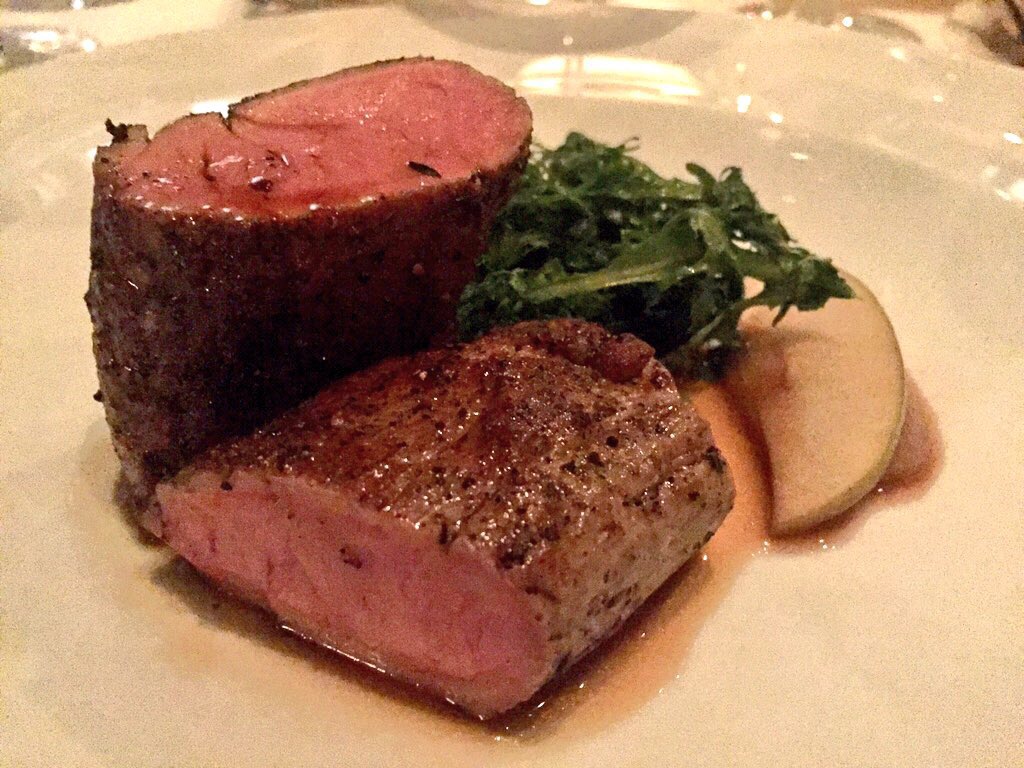 For: The best dumplings and Chinese inspired sandwiches stuffed with things like Peking duck in the most casual of settings. Everything is steamed and cooked fresh right before your eyes. (Vanessa’s Dumplings) 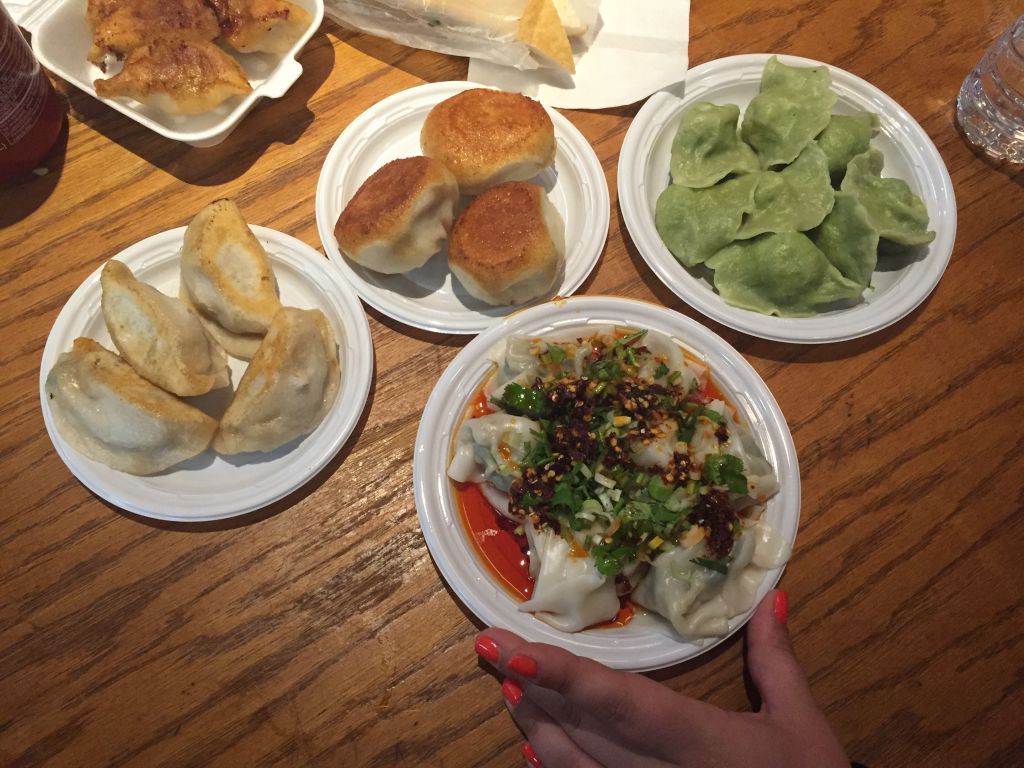 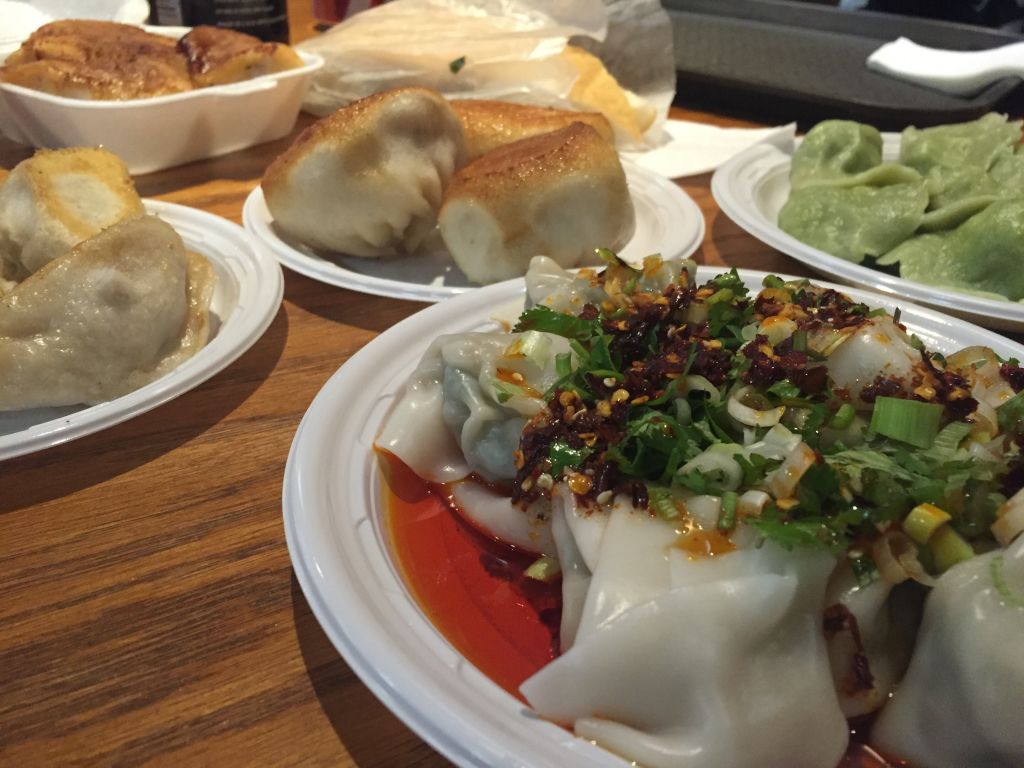 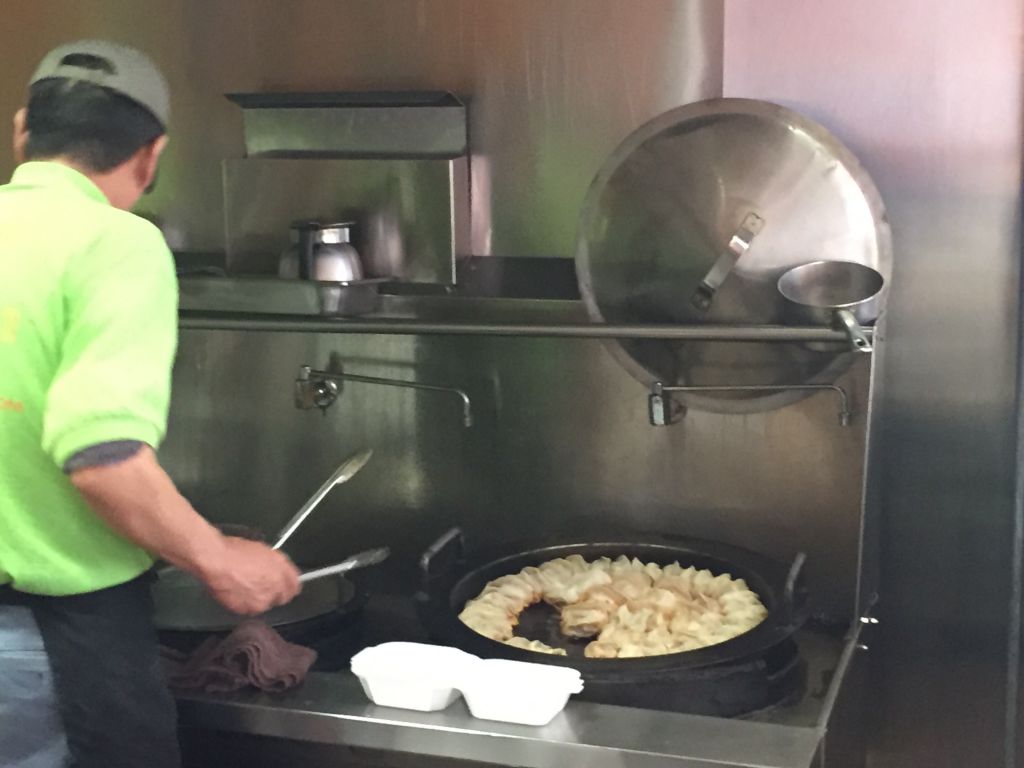 For: One of Manhattan’s hippest nightspots with a great vibe and food. The menu is share style and don’t go past the mini tacos, cocktails or dessert list. Bookings are a must. (Beauty & Essex) 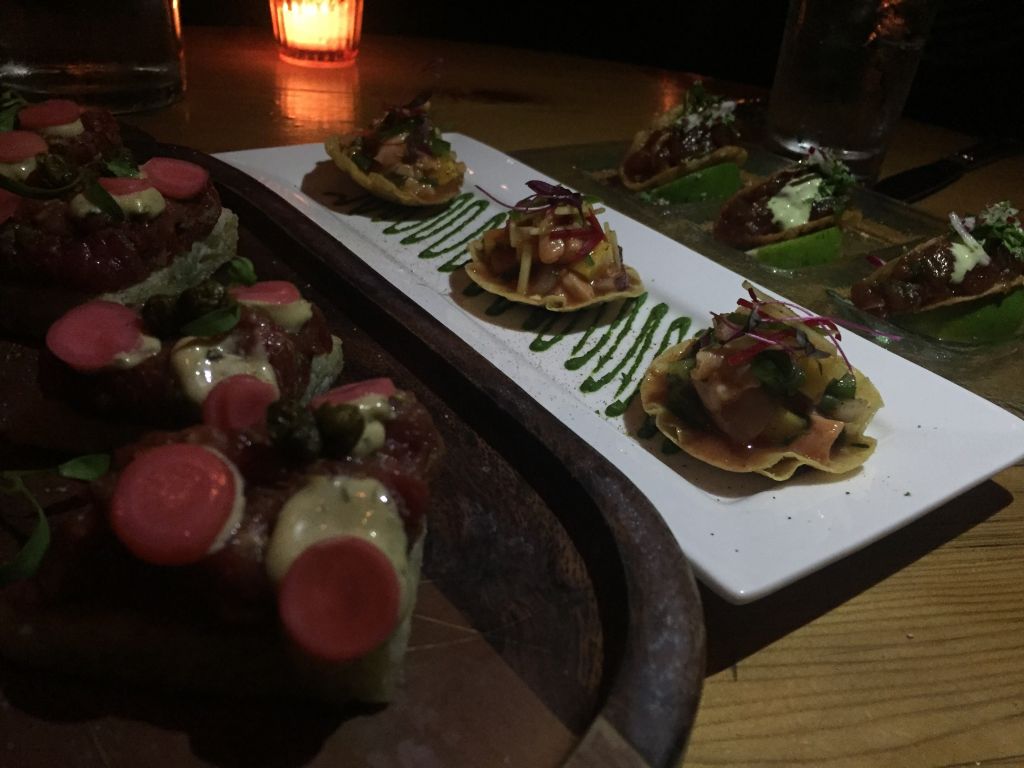 The Clocktower (Midtown)
Because: Opened in 2015, the Clocktower at the Edition Hotel is a bustling lunchtime option by British Michelin starred chef Jason Atherton and famed restaurateur Stephen Starr. It has three dining rooms, a billiard room and on the menu you’ll fun everything from gourmet burgers and tuna tataki to a deconstructed macaroni and cheese! (The Clocktower) 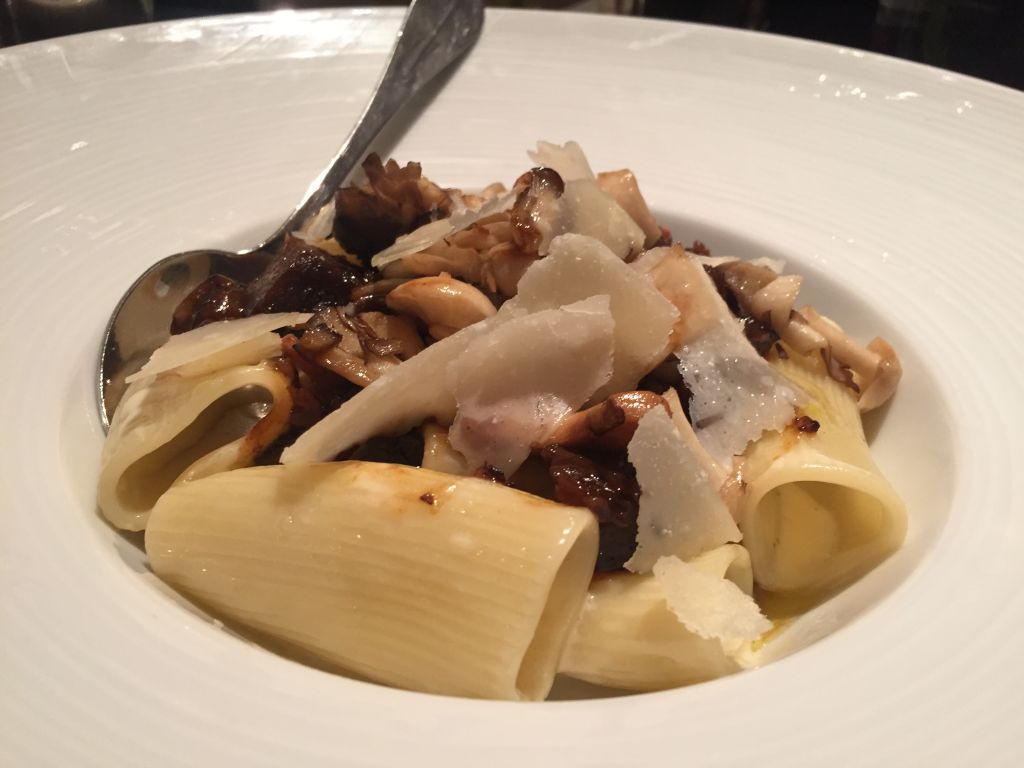 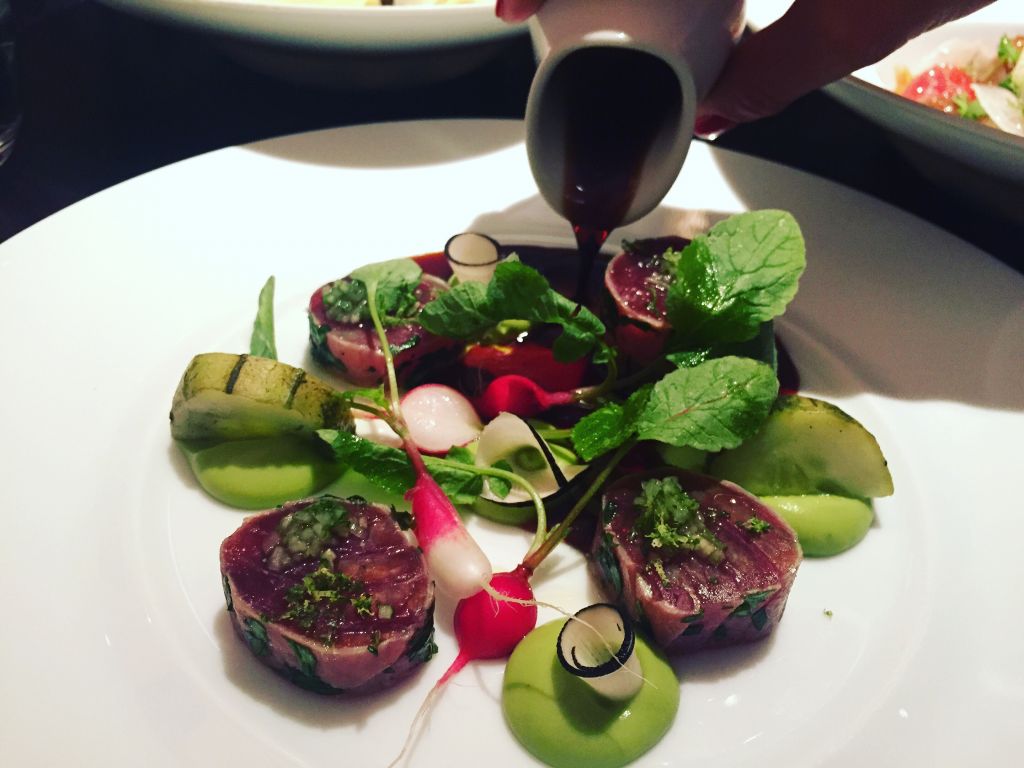 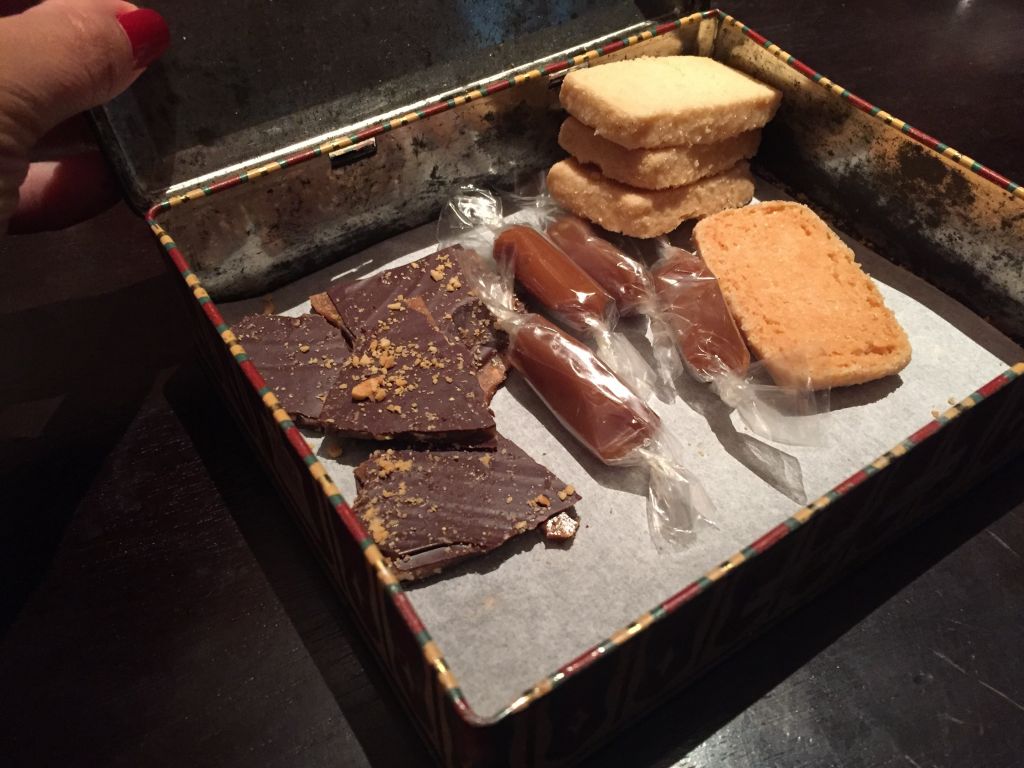 For: South East Asian fusion dining with a whole lot of spices (as the name suggests). In the heart of the meatpacking district, the appetizer snacks are to die for and the cocktails are pretty special too. (Spice Market) 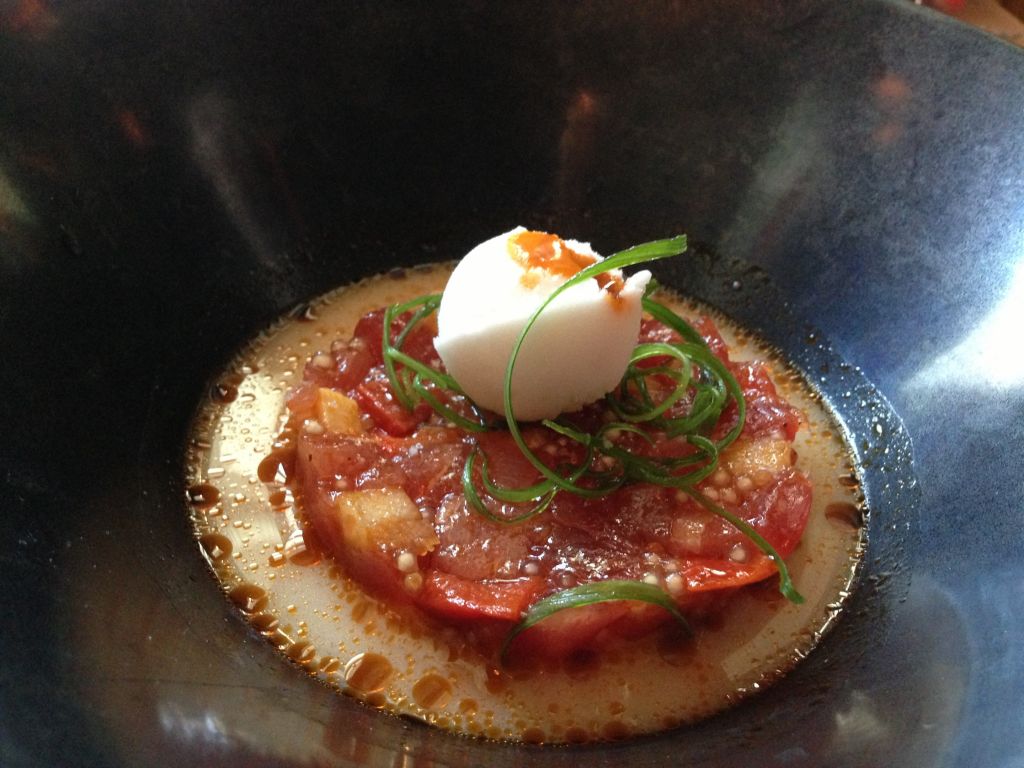 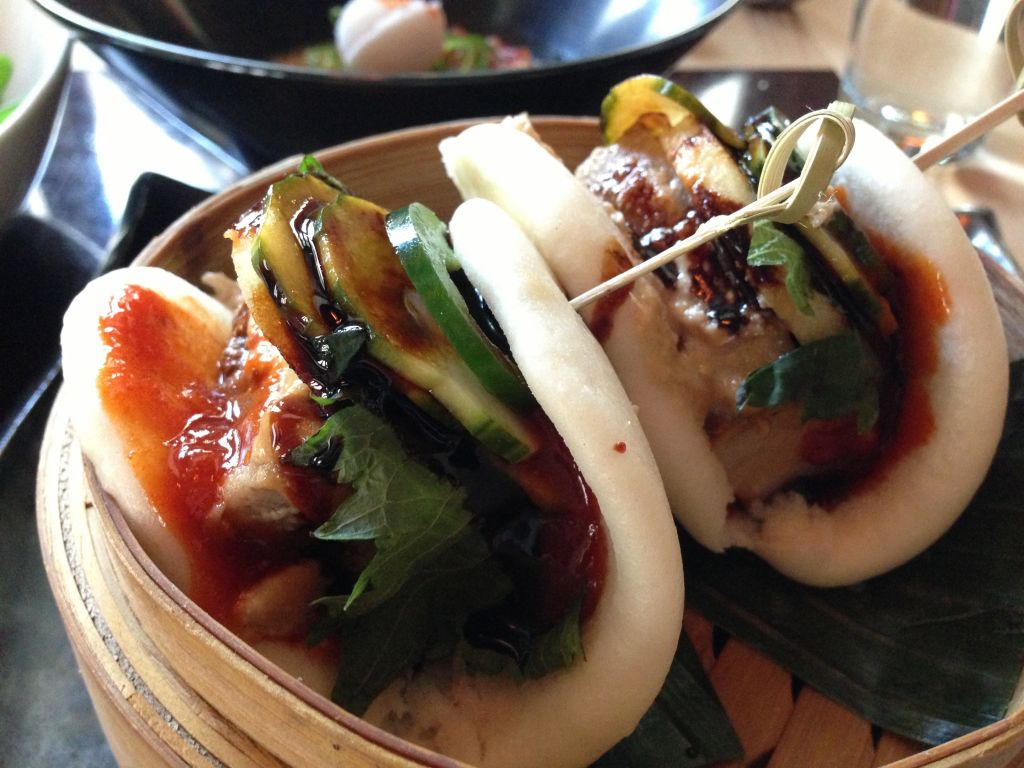 For: The classic Nobu modern Japanese (slash Peruvian) menu and service which doesn’t get old. This is the first ever Nobu restaurant opened by Nobu Matsuhisa and Robert De Niro; the one that started it all and now boasts over 30 outposts around the world. (Nobu New York) 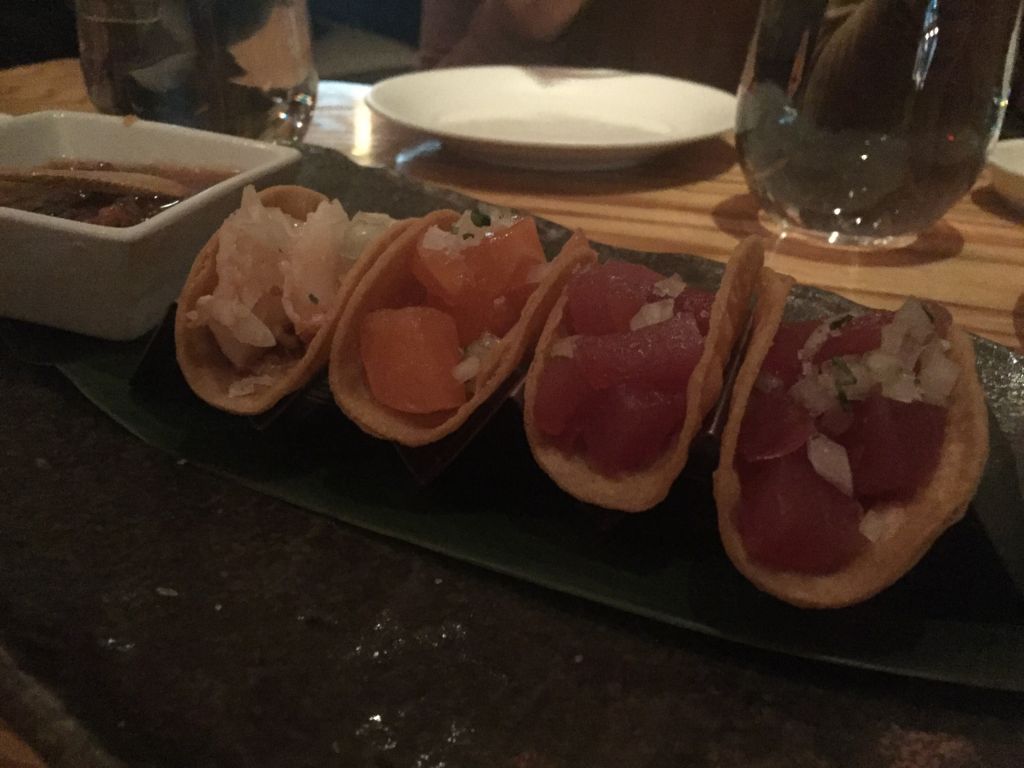 Jimmy’s at the James Hotel

For: Cocktails whipped up by expert mixologists. On the 18th floor rooftop of the James Hotel, there’s an extensive list but speak to the bar staff if you’re after something particular and they’ll be more than happy to accommodate (like they did with my request for my staple Hugo: prosecco, St Germain and mint). The pool, the skyline, the views – I loved this place! (Jimmy) 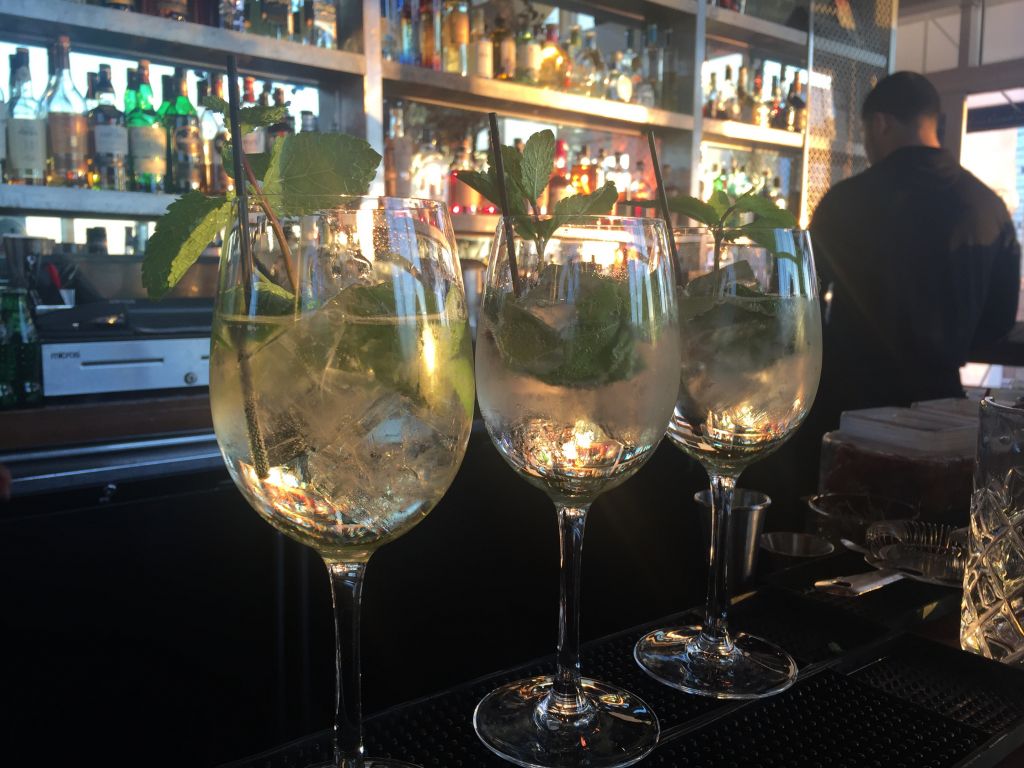 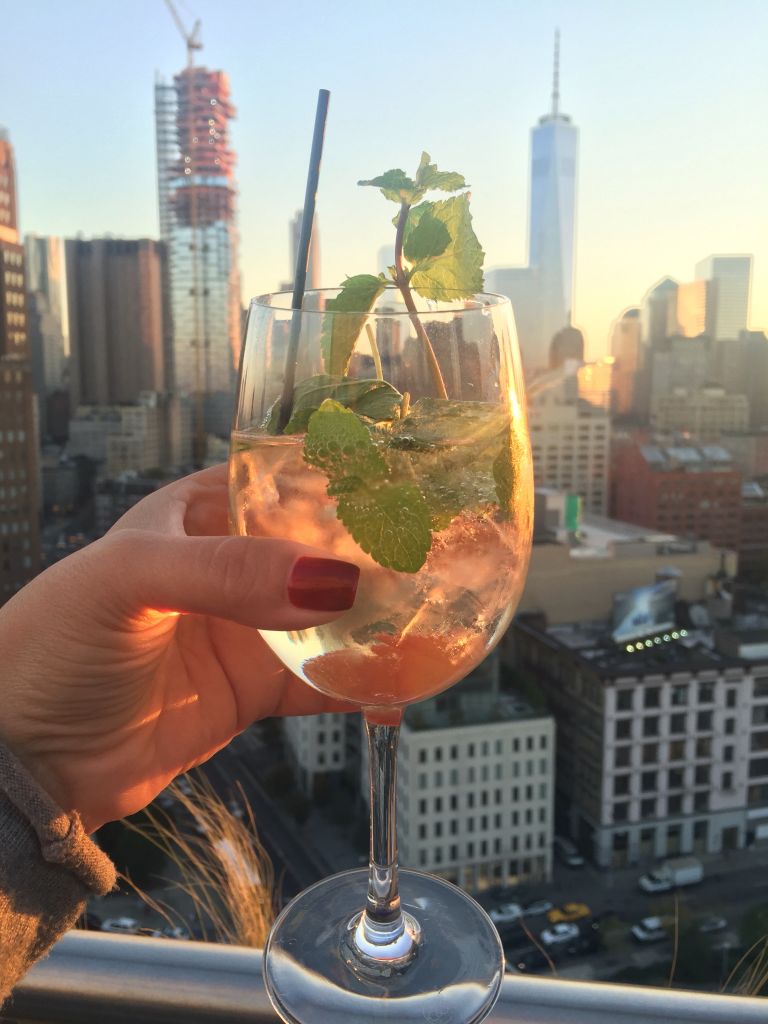 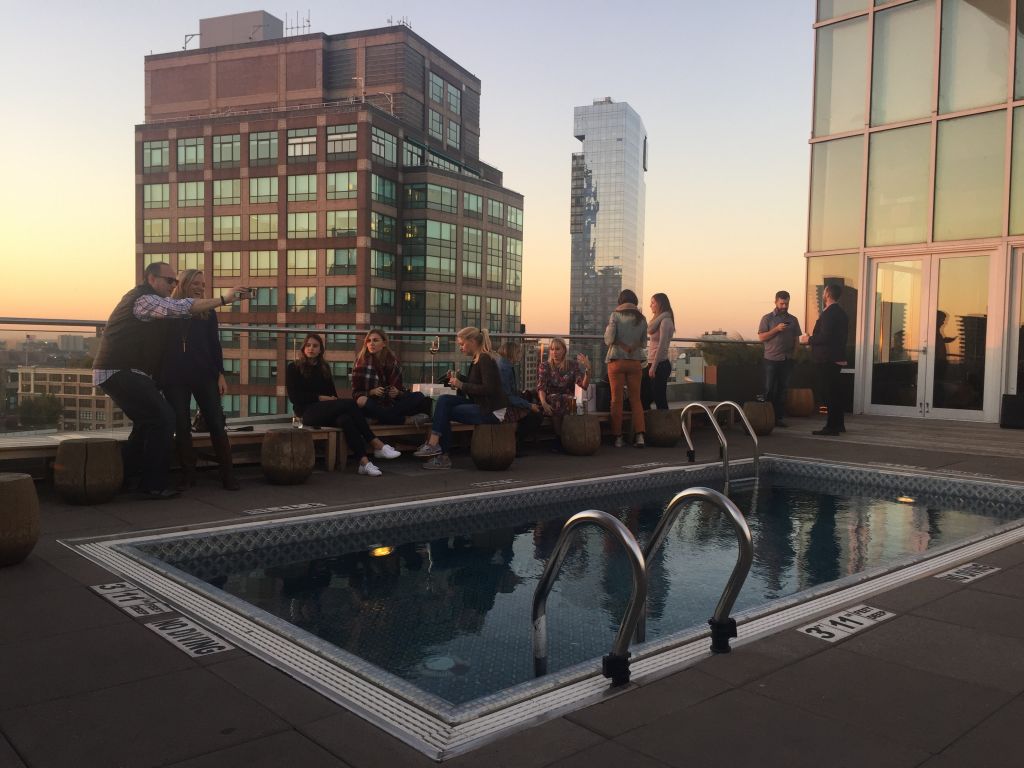 DRINKS WITH A VIEW

Because: Located in the Dream Downtown Hotel PHD is a rooftop bar that is all marble and chandeliers. I have to say, the service really wasn’t up to scratch but I would return in a flash just for the Manhattan skyline views – just breathtaking! (PHD Lounge) 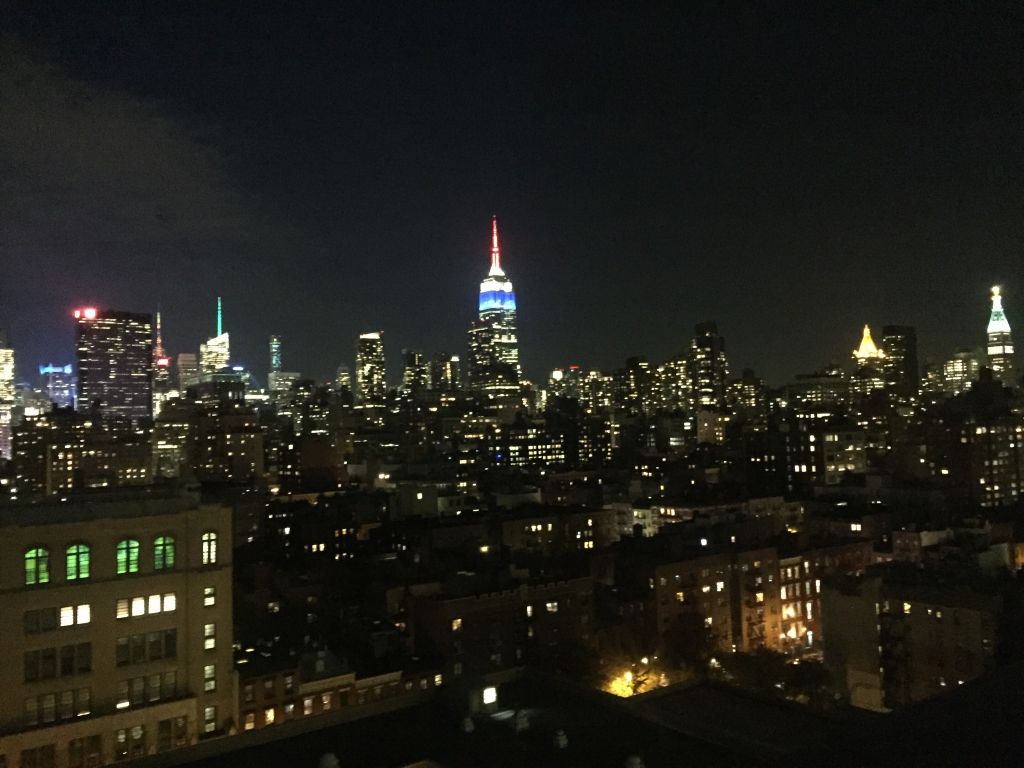 Because: The historic brunch joint has been on my list for years. In classic French brasserie style, you can have your eggs just about whichever way you like and the freshly baked pastries might just transport you to Paris! Bookings here are a must. (Balthazars) 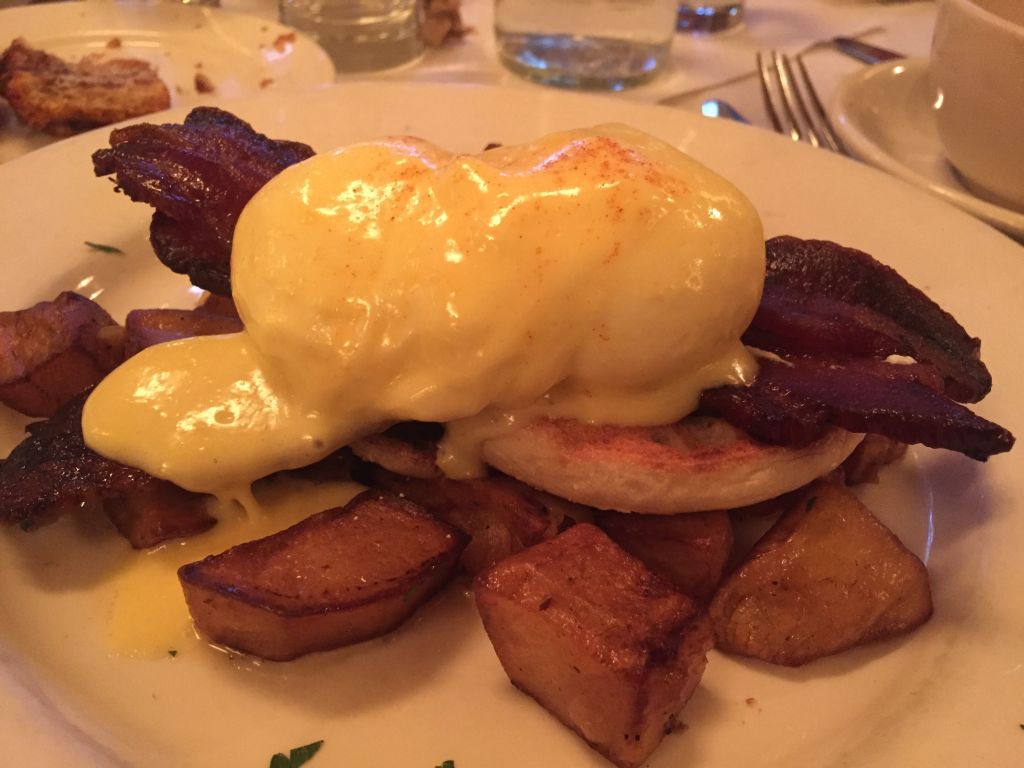 Because: Yes I shopped the first few times I visited NYC but this time I focused a little more on local designer boutiques away from midtown area. We explored some great little spots in SoHo, TriBeCa and some department stores. If you’re a fan, be sure to check out the Melissa shoe store in SoHo – just the displays will tease the senses. Check out www.timeout.com for the sample sales of the week. 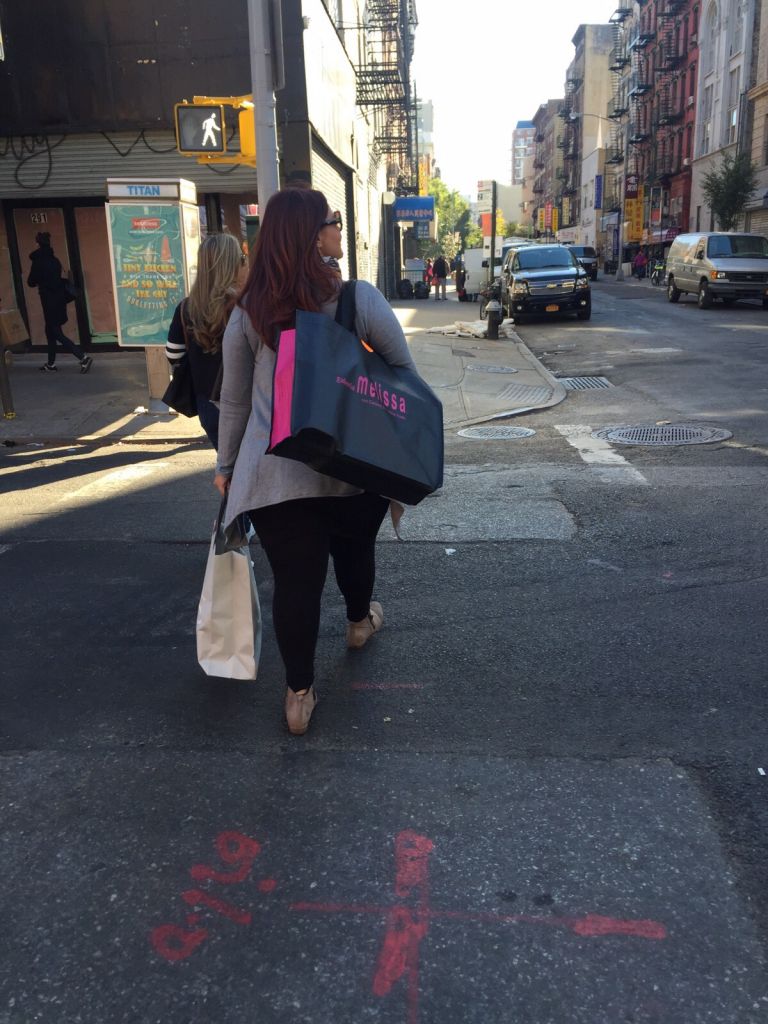 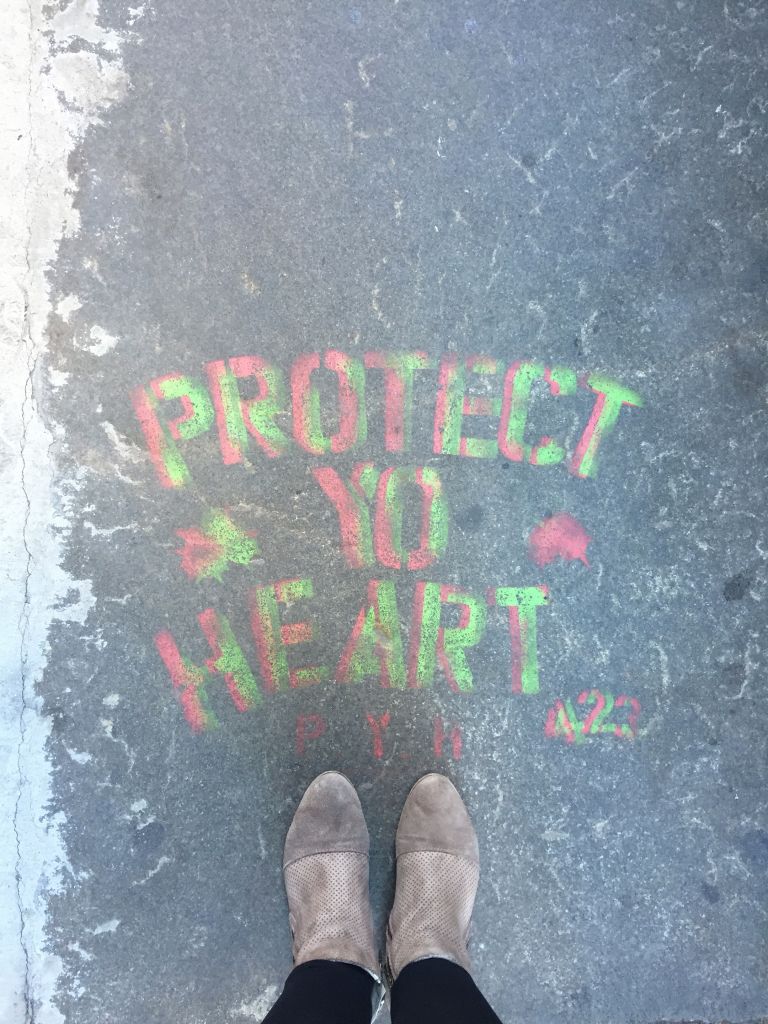 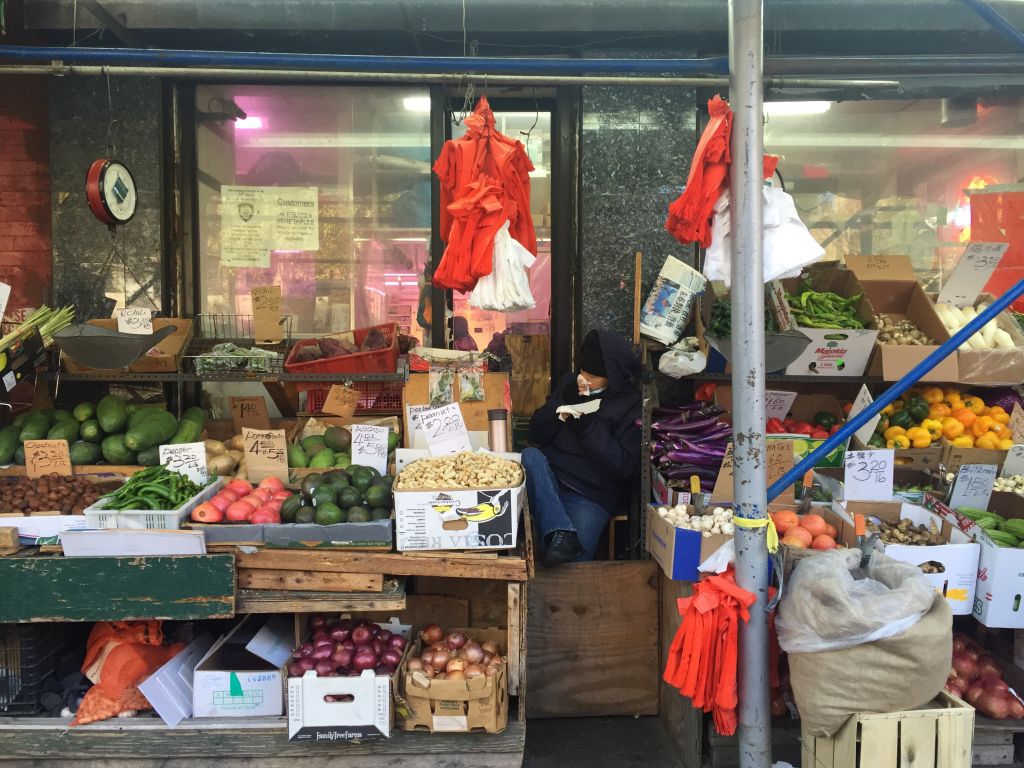 For: A view of Lady Liberty! Head out to Staten Island on the ferry that locals have been traveling on for years. The round trip is free, gets you an awesome view of the Statue of Liberty and it runs 24 hours, 7 days a week! (Staten Island Ferry) 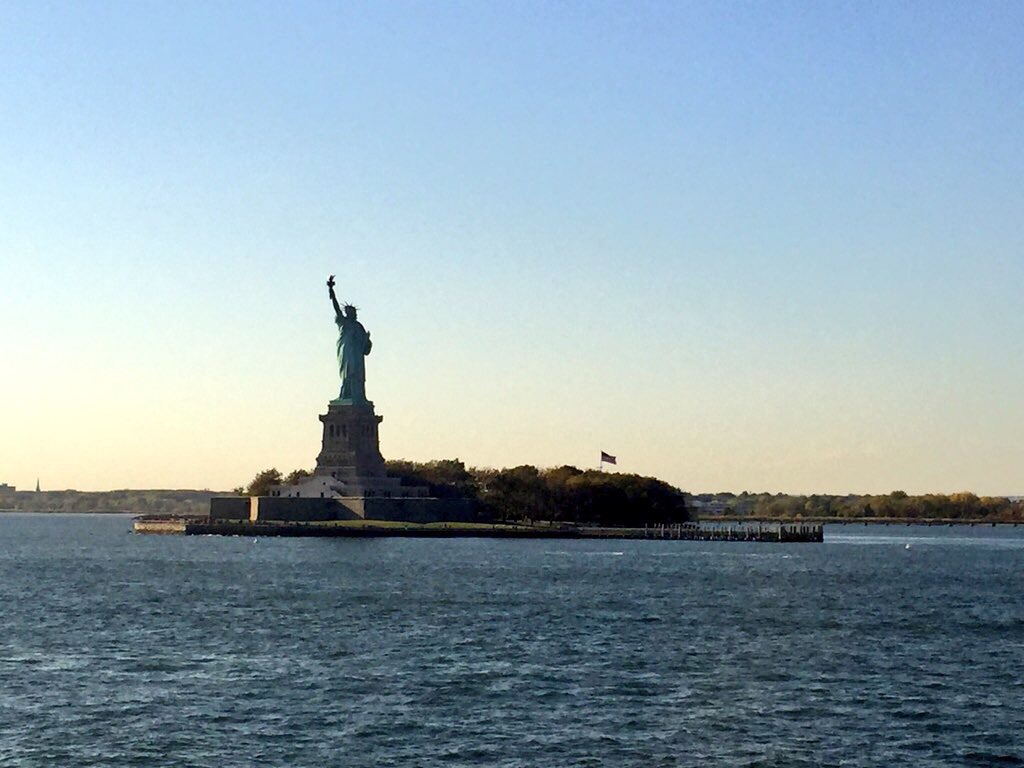 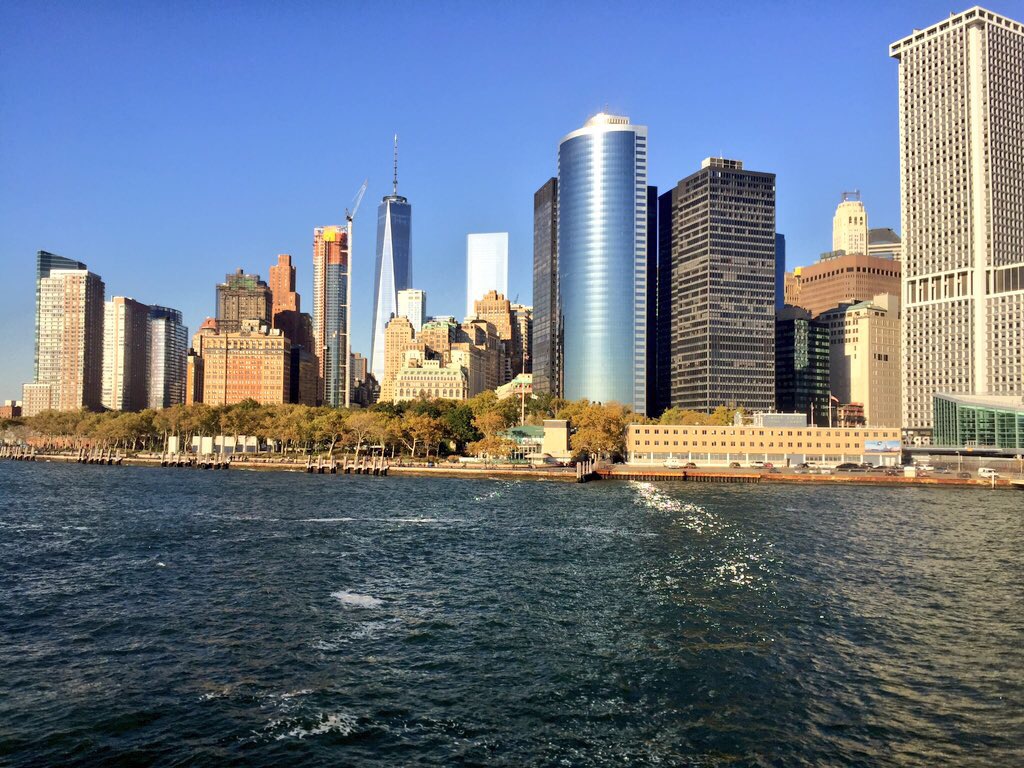 Because: This part of town has cool architecture – thing brown brick walk ups with colourful stairwells and is full of cool bars and food outlets. In case you didn’t know, it literally stands for the “TRIangle BElow CAnal Street” and means it has great to access to Chinatown, SoHo and Little Italy. The Roxy Hotel is in the heart of this district and with a funky jazz bar, delicious bistro and friendly staff and concierge, I highly recommend it. (The Roxy Hotel) 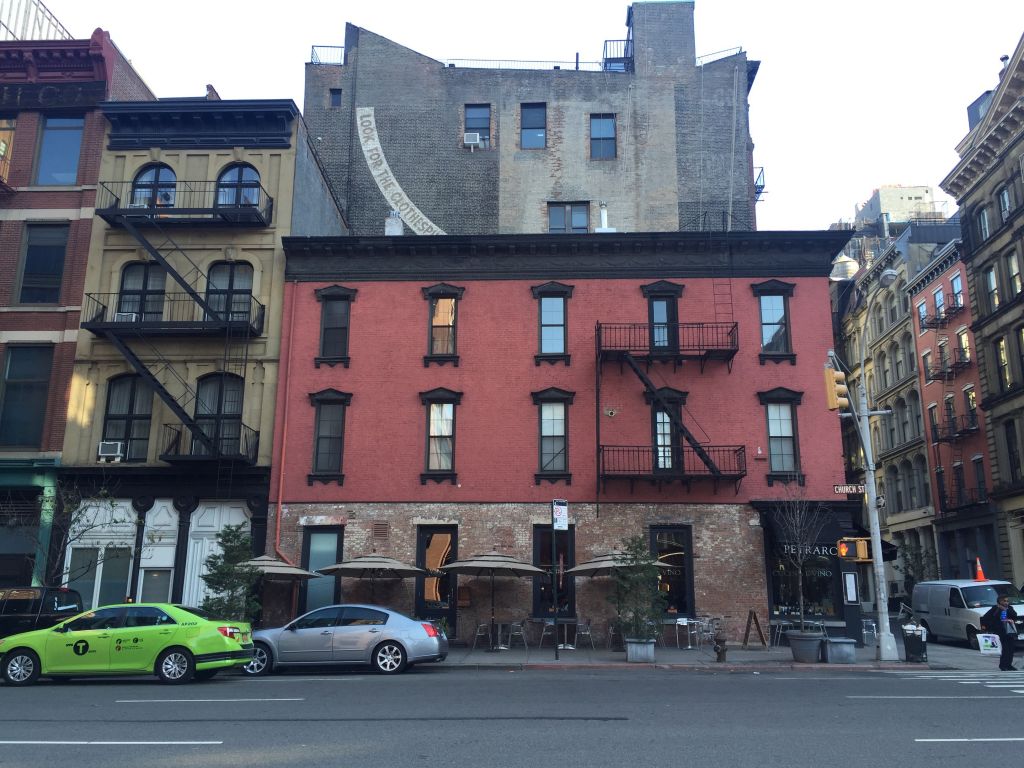 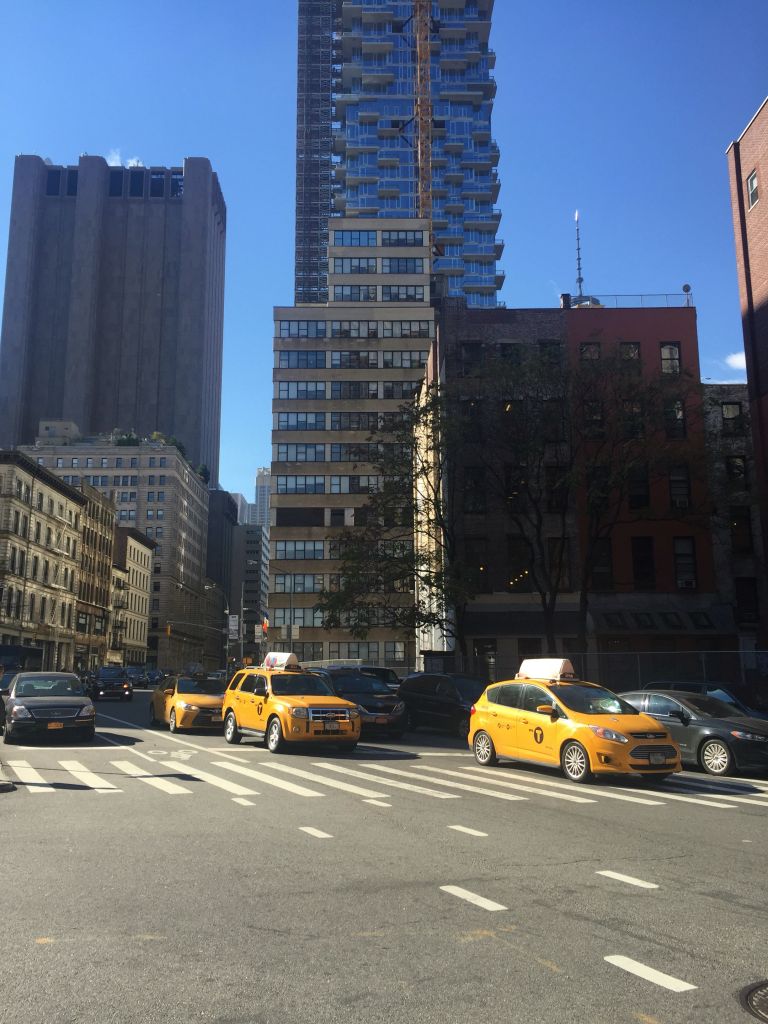