Before moving to Italy in 2011, I’d been enjoying an Italian summer almost every year for about 10 years. I’ve lived the waves of tourist movements through the Amalfi Coast, Cinque Terre and parts of Sicily. But after travelling extensively around these areas, I felt the need to continue exploring and wanted to beach with the locals. So Puglia and Sardegna and even Lazio started making my love list. And more recently Tuscany. This is one that truly surprised me. Amongst foreigners, the region is synonymous with rolling green hills and Chianti wine, but the Maremma coast, in particular Punta Ala and surrounds, is a gem just waiting to be discovered.

Living in Italy makes it so much easier to go off the beaten (beach) path and travel where the Italians travel, but I hope you’ll add some of these places to your next Italy trip.

Puglia is fast becoming one of my favourite regions in Italy – the beaches, the food, the architecture. This summer I’m headed back to the very south of the south, Galipoli in the Salento area (more on that later!) but I’ve also explored the central part (Monopoli and Polignano al Mare near Bari), and then the northern part of the region – the Gargano national park area. Here we set up camp in the coastal resort town of Vieste (province of Foggia), to explore the Adriatic archipelago of le Tremiti. Tremiti is the Italian word for tremors and refers to the fact the area has had a history of earthquakes. San Nicola and San Domino are the biggest of the 5 main islands and the latter boasts the only sand beach of the group. 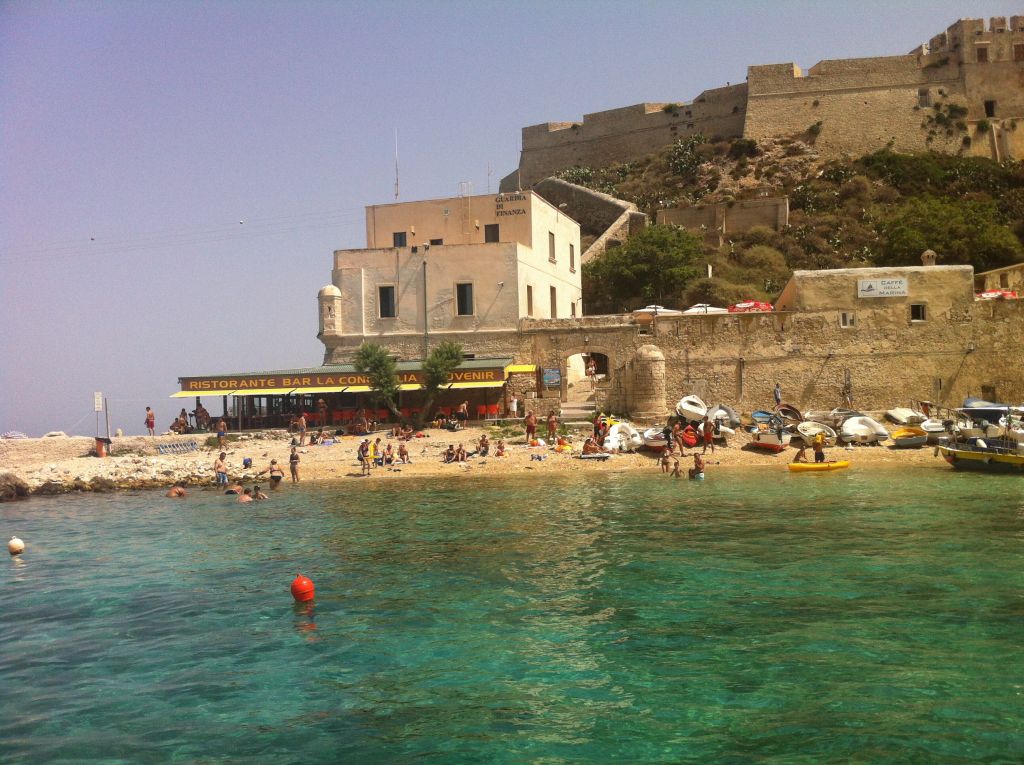 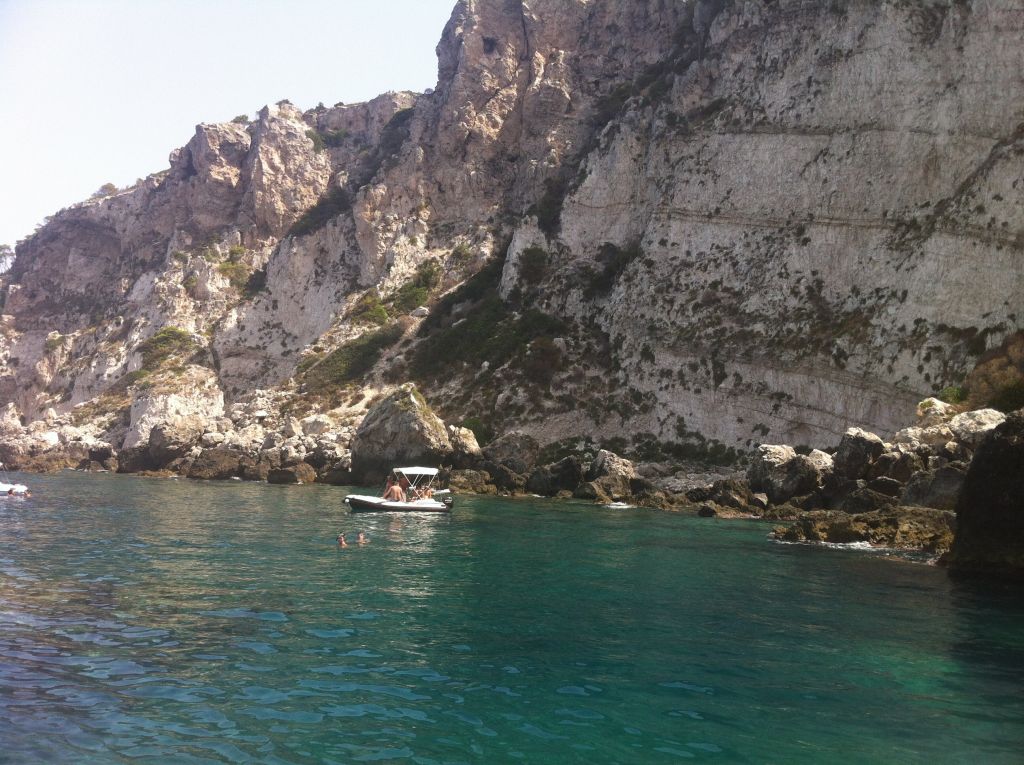 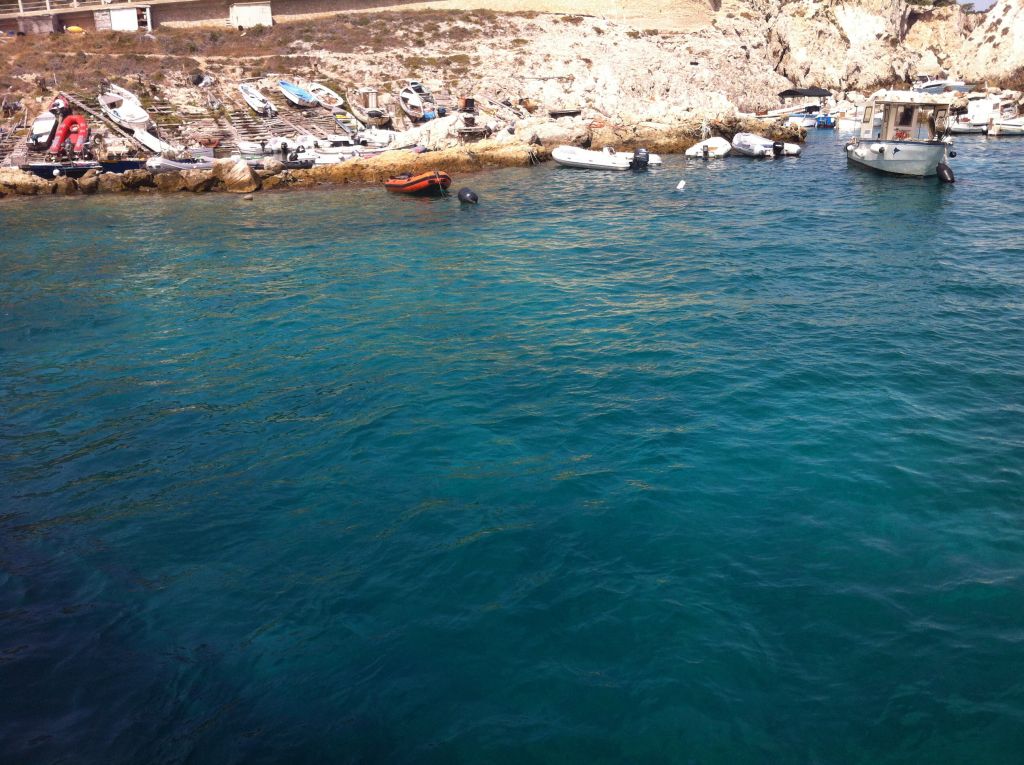 Off the northwest coast of Sicily, lie some of the most stunningly untouched islands in all of Italy. When I visited the Egadi (Aegadian) Islands, I based myself in Trapani. About a decade or so ago, all this money was thrown at Trapani to host the America’s Cup boat race and so the historical centre had this facelift of sorts. The baroque now mixes with the boutique and there are trendy bars and restaurants dotted throughout. It makes for the perfect base to explore the surrounding islands including (among a few more) Favignana, Levanzo and Marettimo and their breathtaking bays and coves (like Cala Rossa and Cala la Luna the most famous). 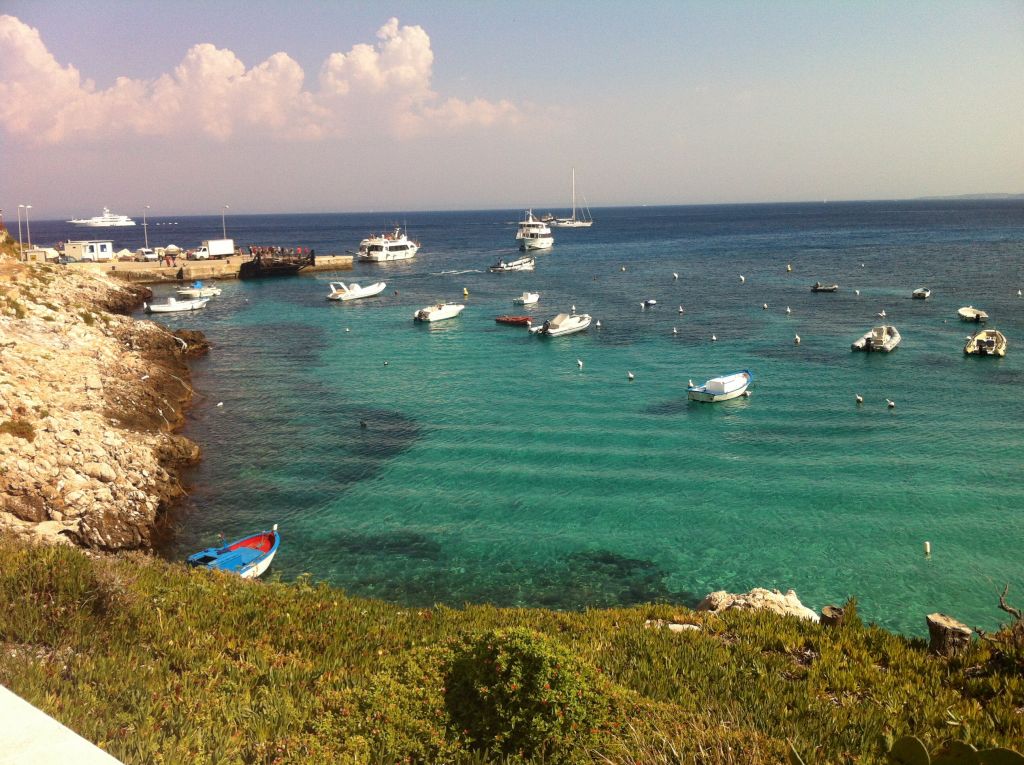 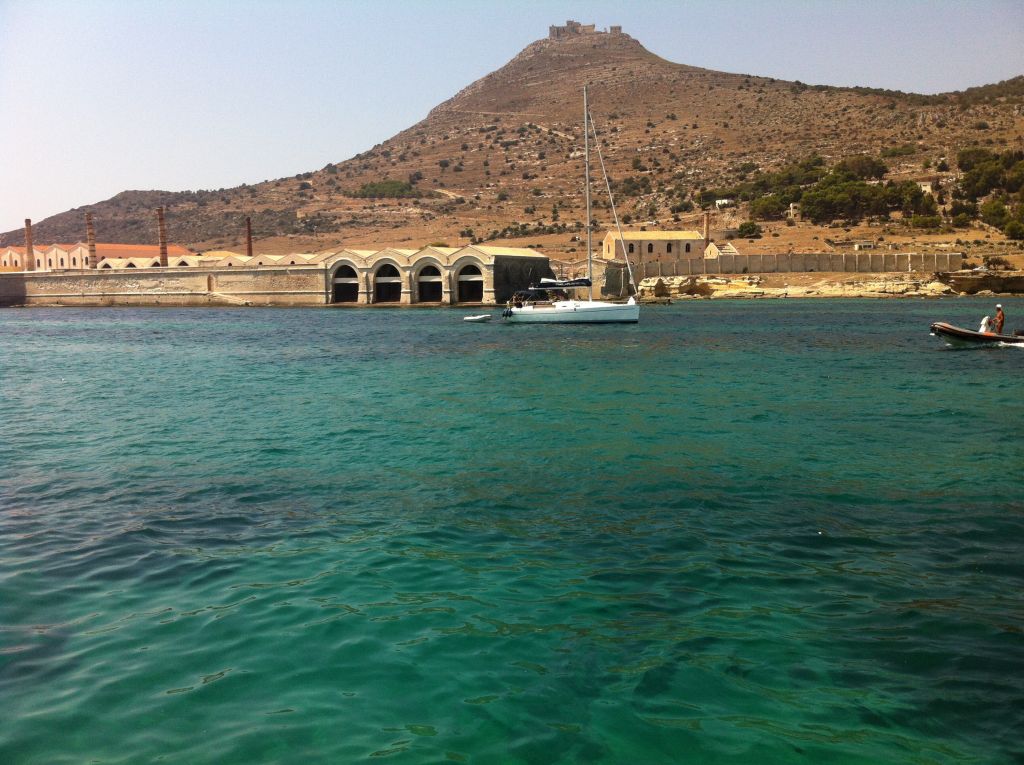 In the south east part of Sardegna, off the coast of Cagliari, Villasimius and her surrounding beach beauties shine like a diamond. The beaches in this part of the world remain relatively untouched and many are completely free of beach clubs. The bay of Punta Molentis is about 3km from the town centre and while it’s one of the most popular in the area but remains pristine and the view on approaching will take your breath away. 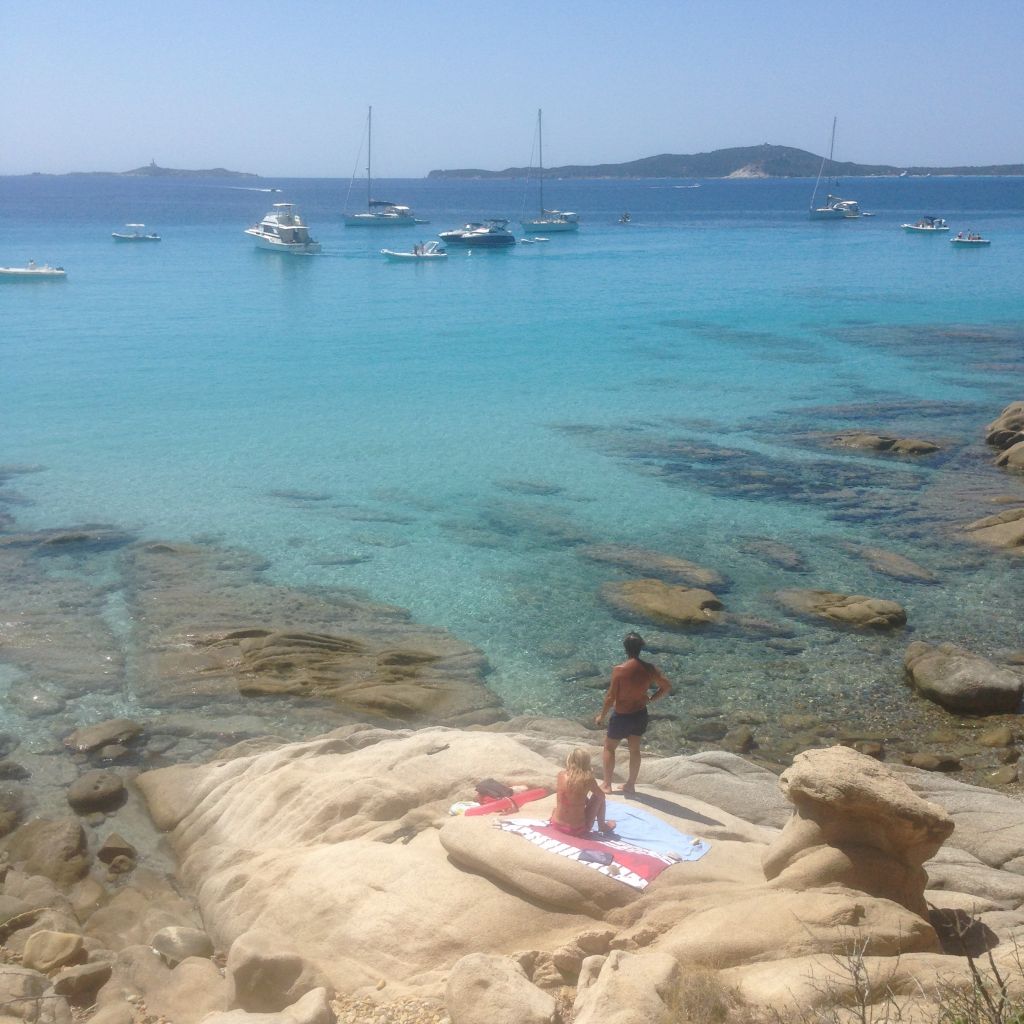 The resort town of Punta Ala on Tuscany’s Maremma coast is where beach days turn into warm nights sipping cocktails. Simply untouched, the colour of the water in the coves of Cala Violina resemble the Maldives or Caribbean. While the Amalfi Coast is bursting at the seams with mass foreign tourism, Punta Ala is a hideaway for Italians who like good food and wine, scenic panoramas that stretch as far as the eye can see and an oasis of calm. Italian style beach holidays don’t get more authentic than this. 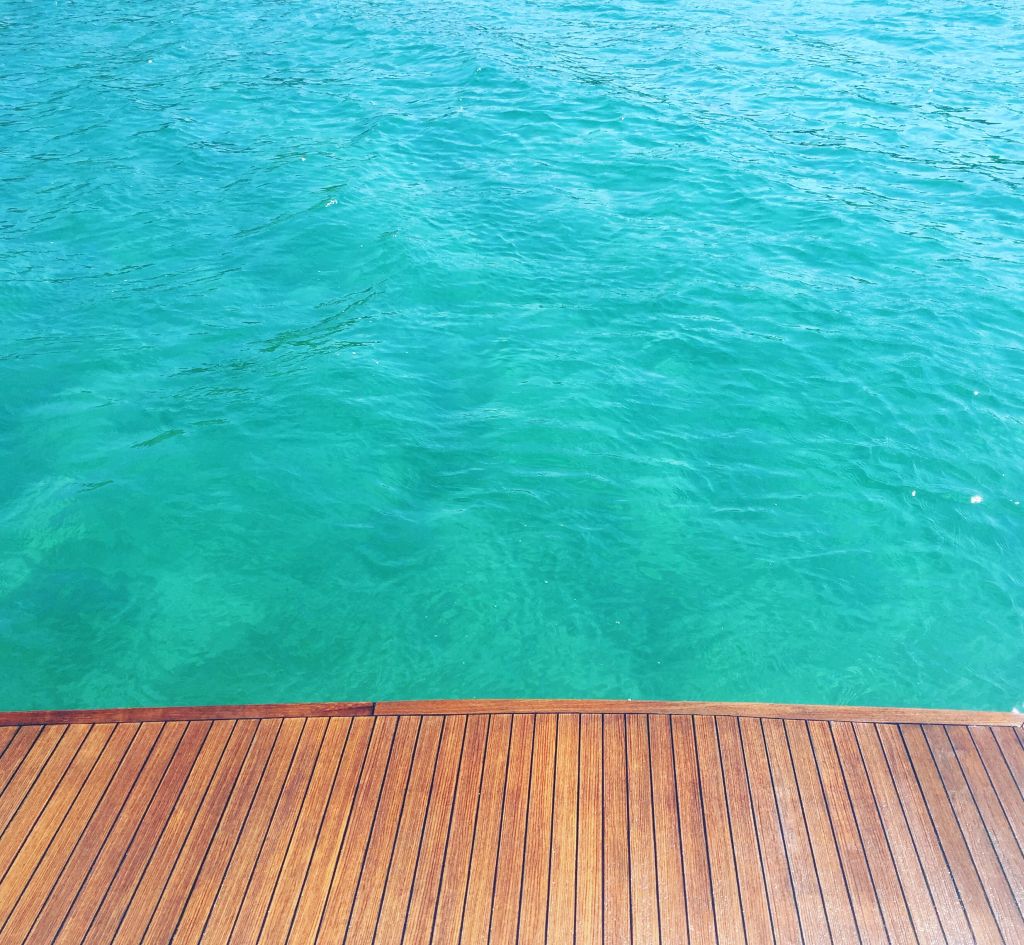 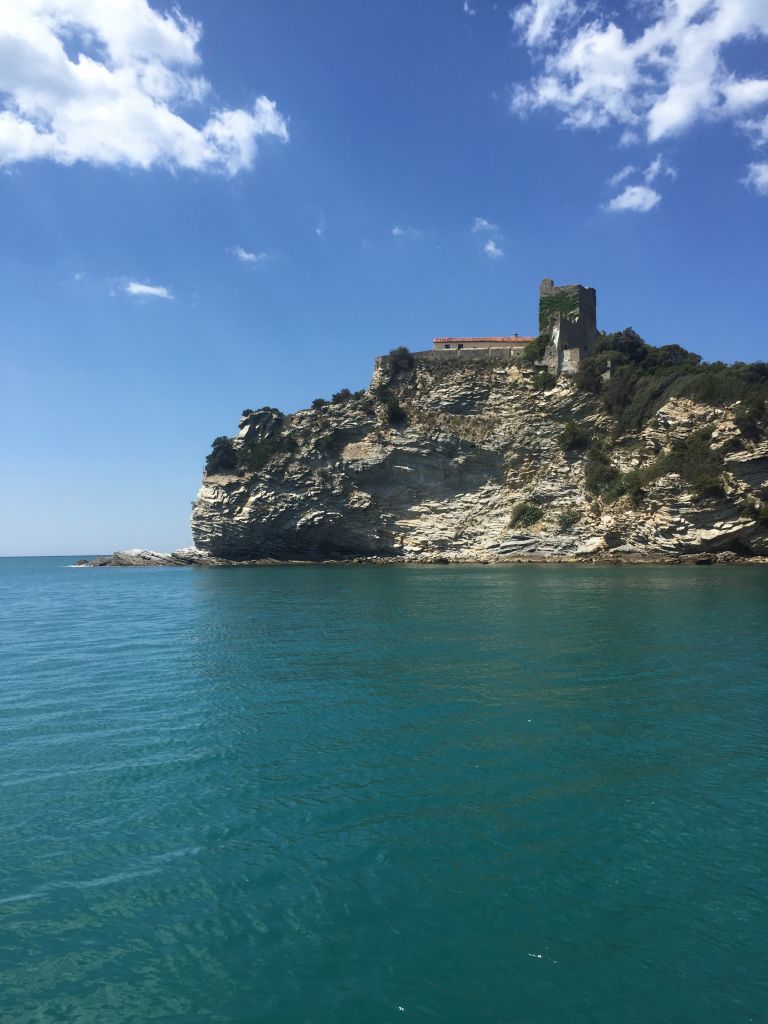 I am booked to go here this summer, so these photos are courtesy of talented writer and instagrammer Sara White (check out her gallery at @sara_. Yes there’s Capri and Ischia off the coast of Naples, but when I looked at the Italy map to pick my 2016 destinations, I saw Procida. From the pics I’ve seen, the buildings are a rainbow of colours and the waters look magical. Part of the Flegrean Islands, it has a rich history – it’s seen Napoleonic Wars, pirate raids and a shipbuilding crisis. I’m dreaming of long beach days, warm nights and seafood dinners.

Internationally, travelers to Italy might not think Lazio when considering beach locations. If they do, Sperlonga is probably on their list. But the old town of Gaeta (an old fortress in Roman times) is bustling with boutique bars, restaurants showing off local produce, especially seafood and the famous tiella di Gaeta (a savoury pie most commonly filled with octopus). Beach clubs are bountiful, especially along Serapo beach right in the town and nightlife throughout summer is buzzing. 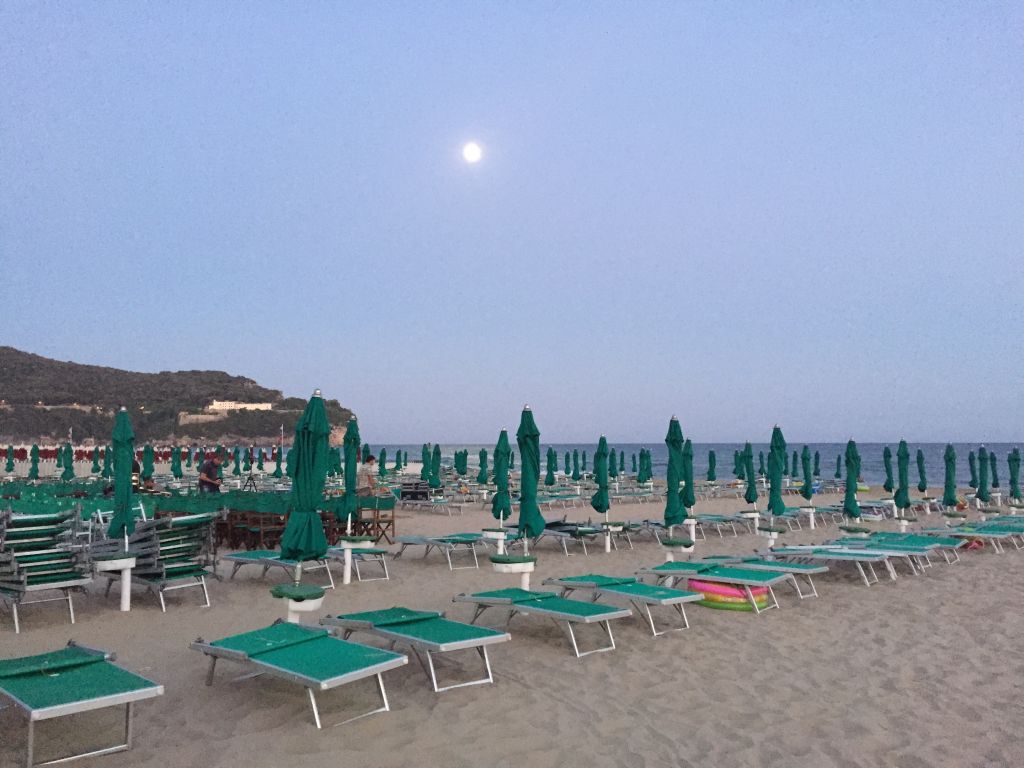 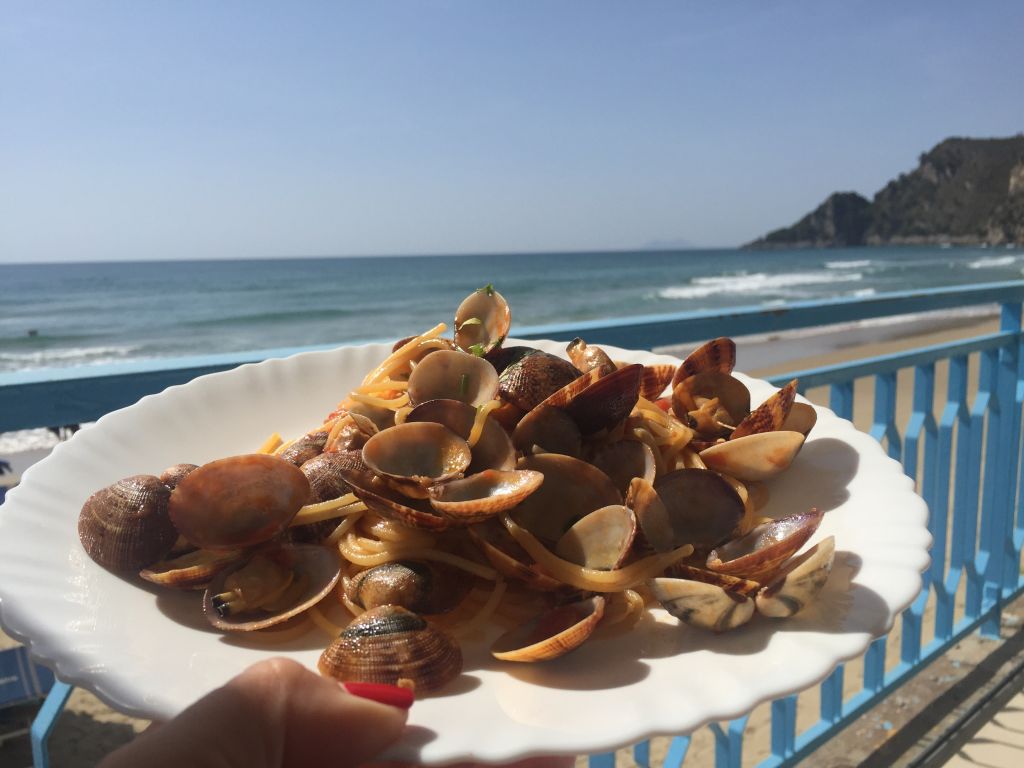 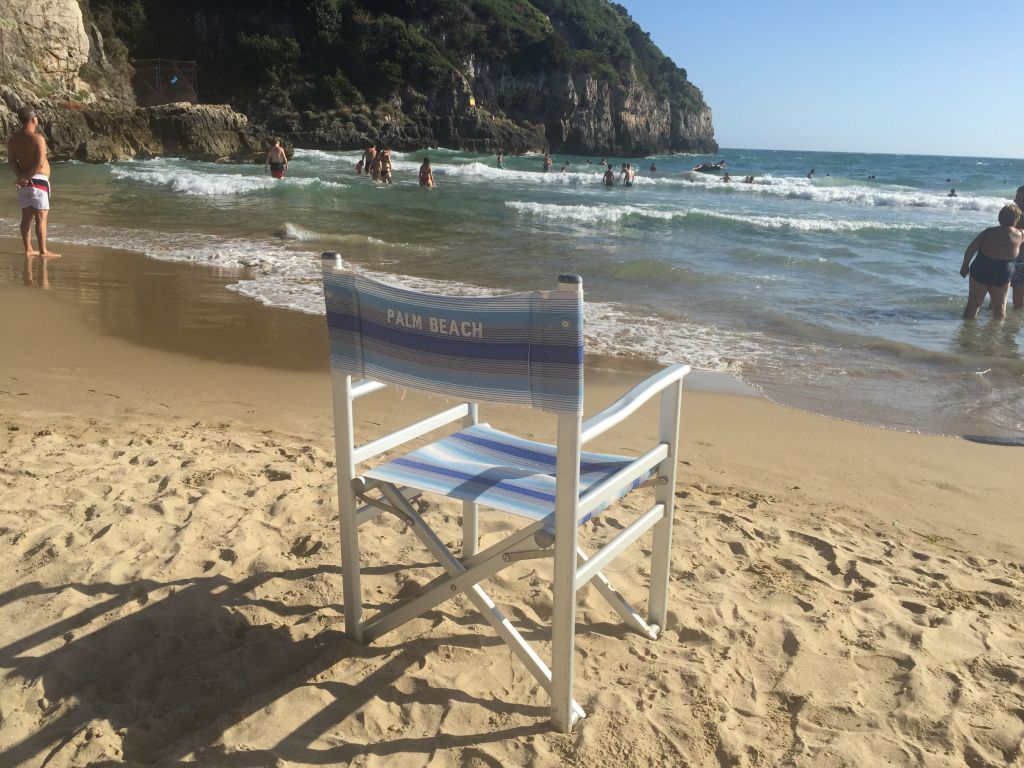 When I first heard about Ponza a few years back, the surrounding waters were described to me as the ‘Caribbean of italy’. To be honest, having swum in the sparkling turquoise waters of northern and southern Sardegna, I thought, yeah right! I was a cynic and now I’m a convert. Island tourism is not new on Ponza, Romans especially have been coming here for years and in summer you might even rub shoulders with the Italian glitterati or soccer players. Spend your days on a boat and swimming off the coast of the island and surrounding ones like Ventotenne and Palamrola. 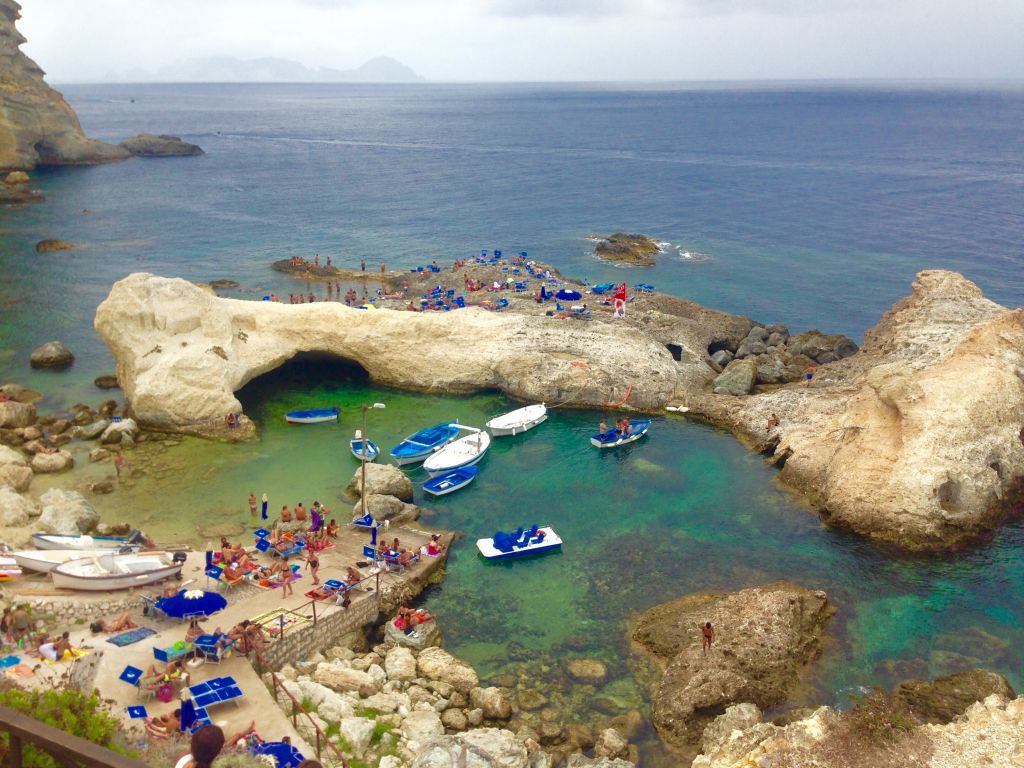 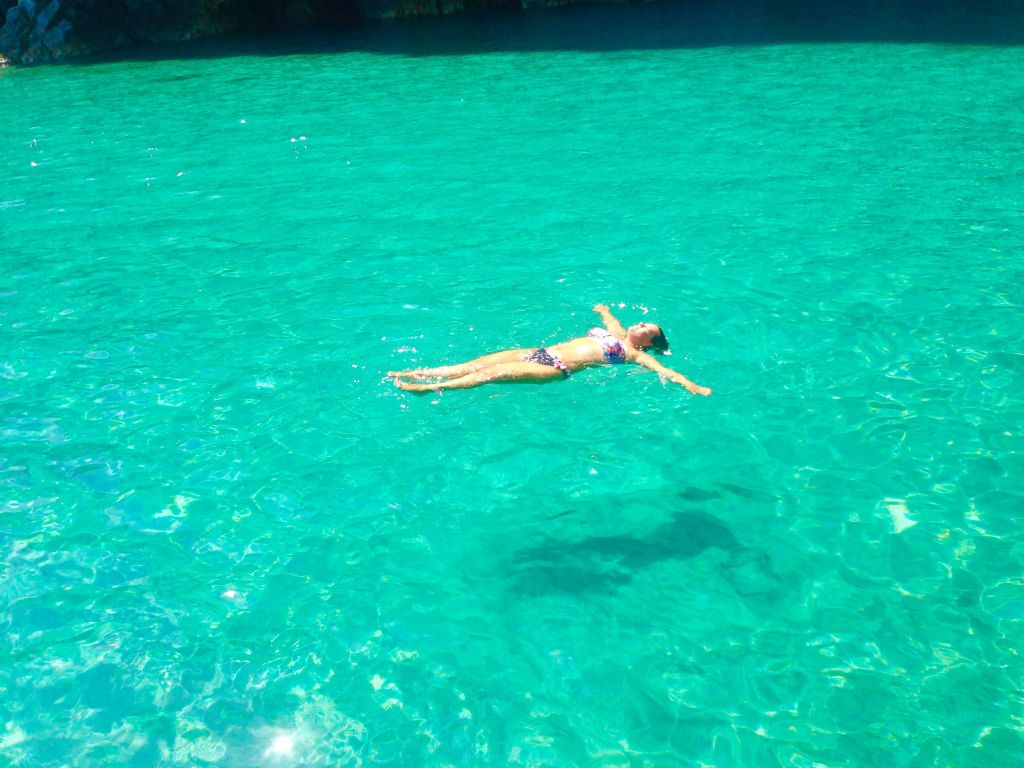 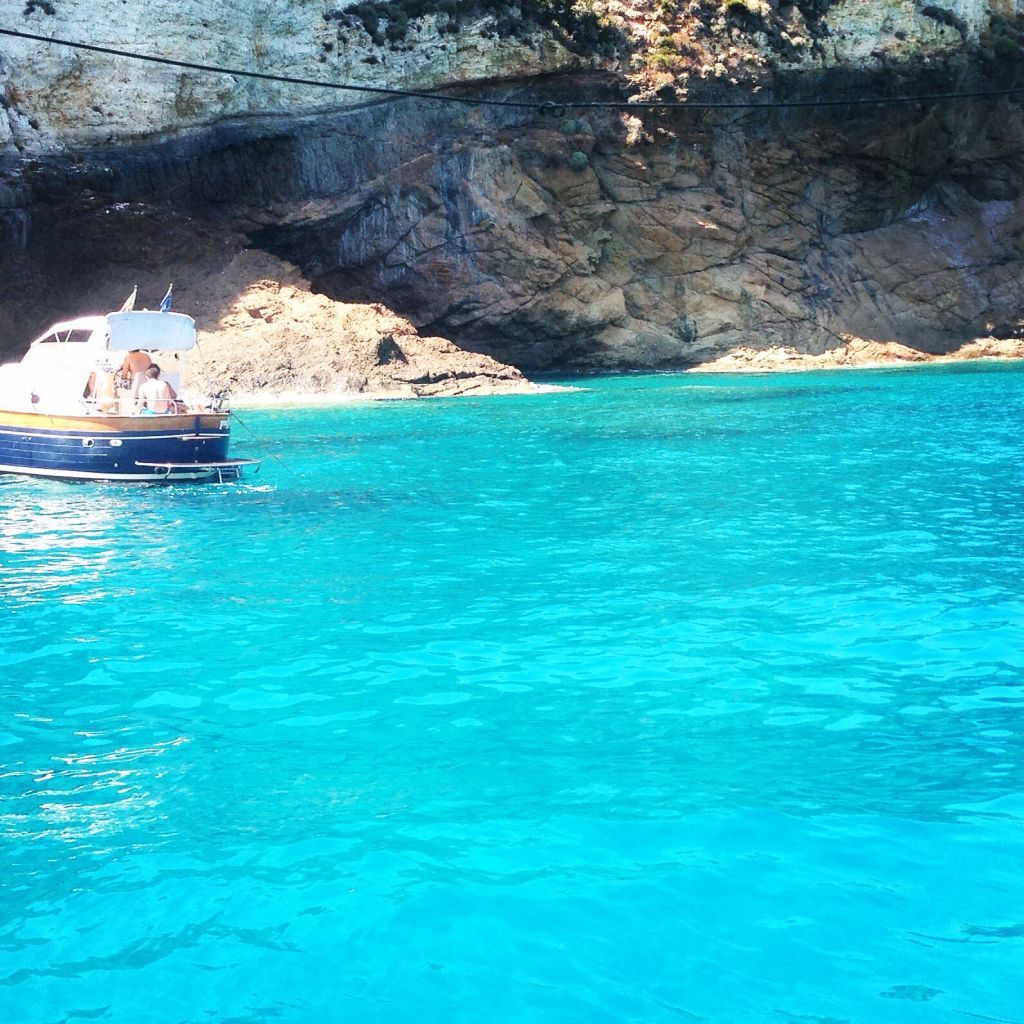 Touted the Caribbean of the south, when you see the waters of Capo Vaticano and surrounding beaches, you’ll immediately understand why. There are hotels in the area, but nearby Tropea is your best bet if you’re after nightlife and summer buzz in the evenings. Spend your days at the spiagga libera (where you don’t have to pay) or hire a sunbed and umbrella at one of the stabilimenti (beach clubs), hire a paddle boat or just laze the day away. 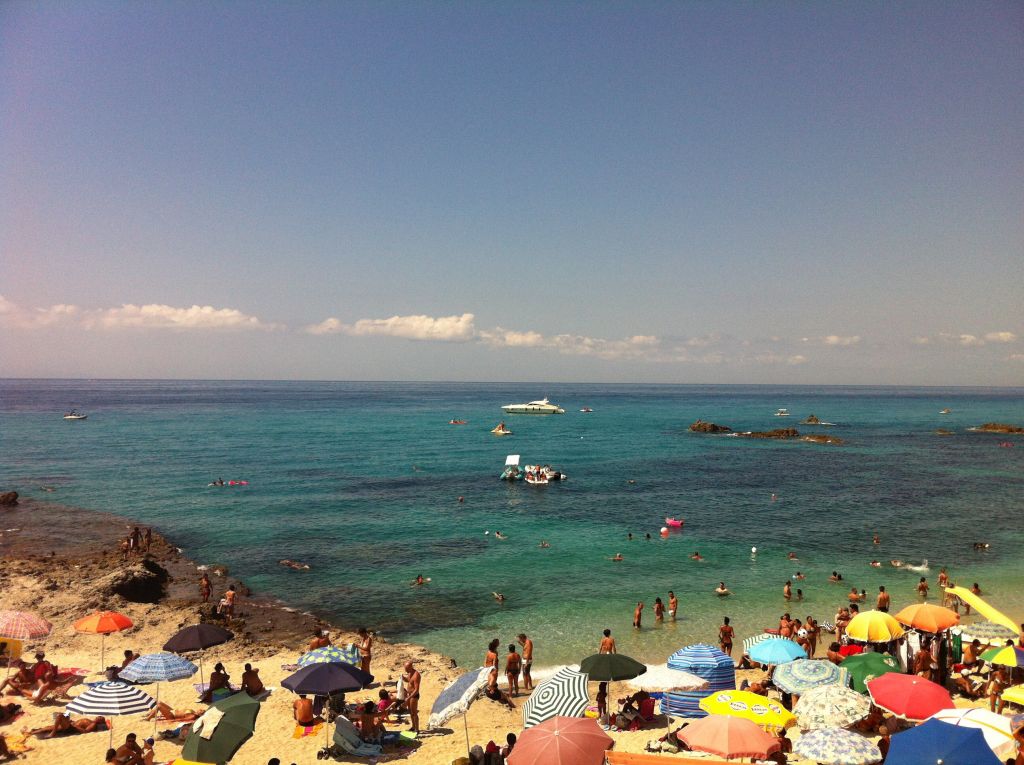 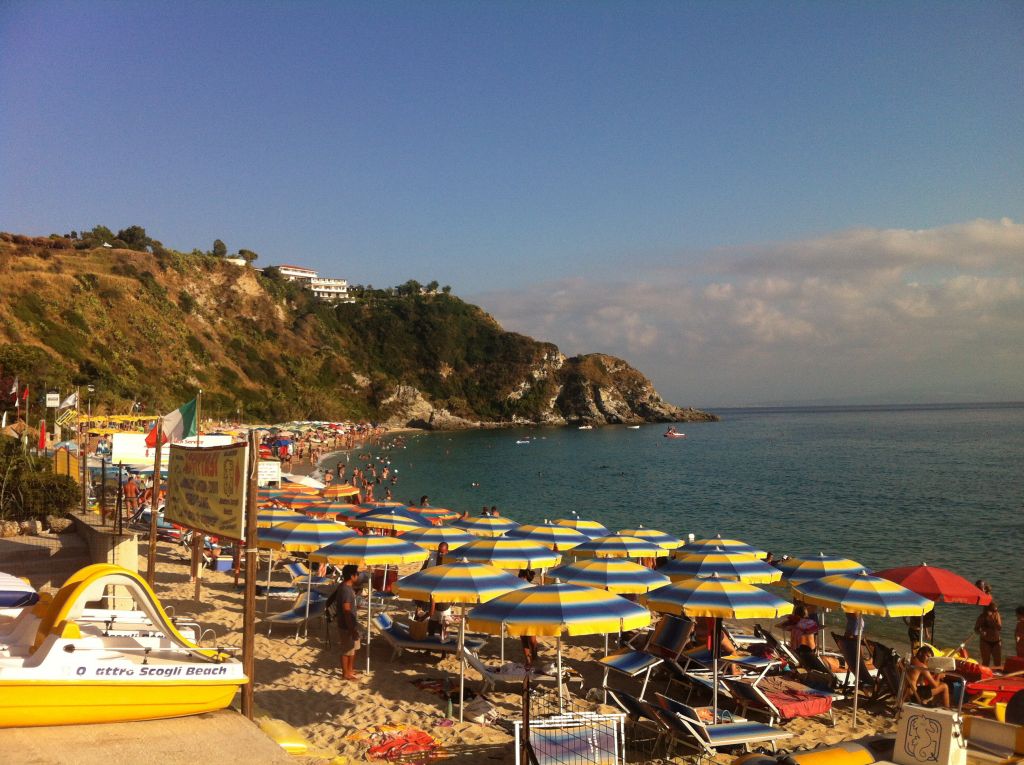 If you want to summer in Italy with the locals, any one of these destinations should be on your list.

Signing off from Trastevere (Counting down to August!)