Skip to content
As I walked home this week to Trastevere along the Lungotevere following an event on Tiber Island, I noticed the outdoor summer stands had been just about all packed up. 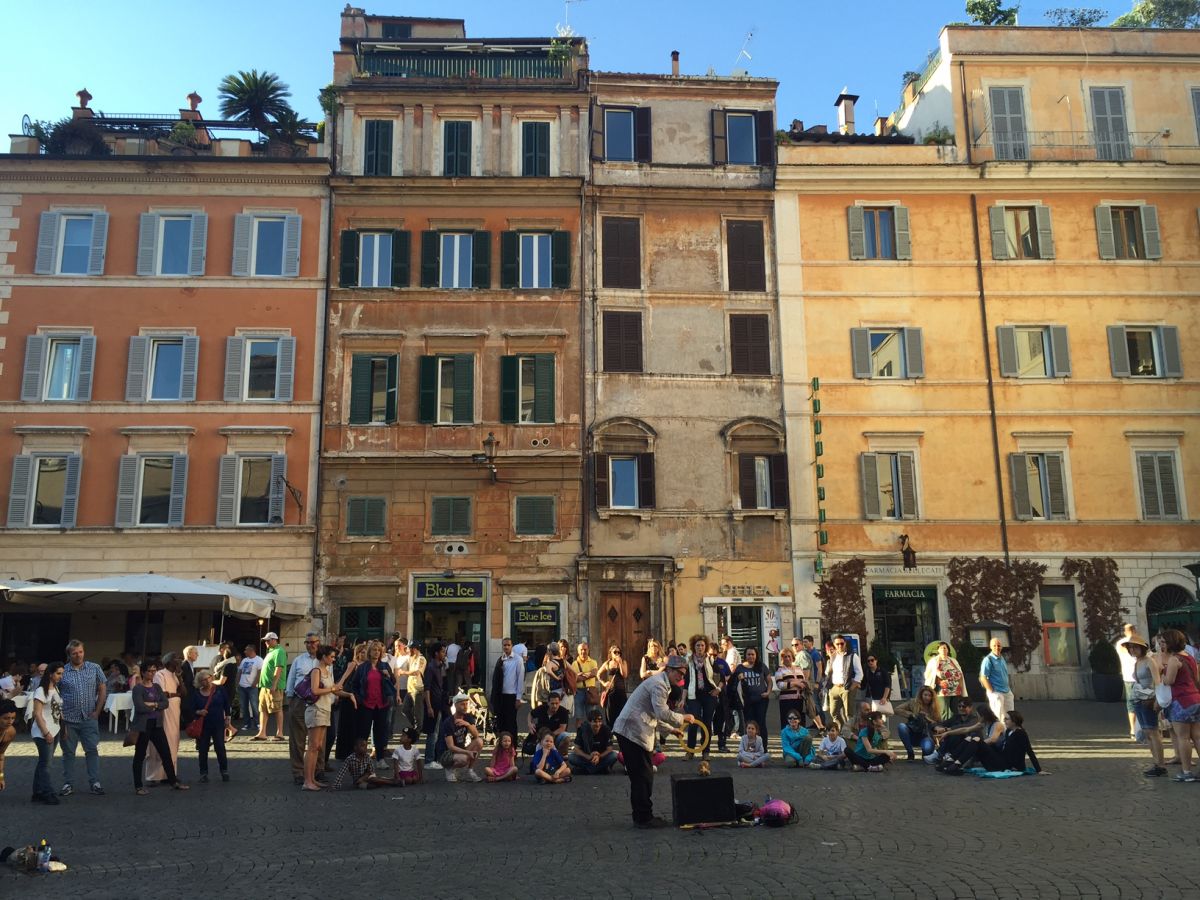 It’s still stifling hot in Rome and the warm weather is far from over, but most Romans have taken their holidays and are back at work, the shops and restaurants that closed for an August break have reopened and schools are back on from next week.
And so settles in that melancholy feeling of, “summer is over”. And I thought about all the things I’ll miss as the nights will gradually start getting cooler and we move into the last quarter of the year.
I’ve been away for most of August, but summer in Rome is way more than that. Damn, it’s been in the 30s (I don’t do fahrenheit) since June… and the season in Rome is long – often warm until end of October.
And so without further ado, these are the things I love about summer in Rome:

1. Grattachecca
Sicily has their granita and Rome has the Grattachecca. A slurpee, flavoured ice crush kinda drunk. There are kiosk stands dotted along the river’s edge where you pick your flavour and they serve them up. They’re around throughout the year but summer is the most popular time obviously.

2. Cinema on Tiber Island
The summer cinema program runs for at least a couple of months on Isola Tiberina, with two make shift open-air arenas. Many Italian screenings (with subtitles) are presented by the film’s director which adds to the event. 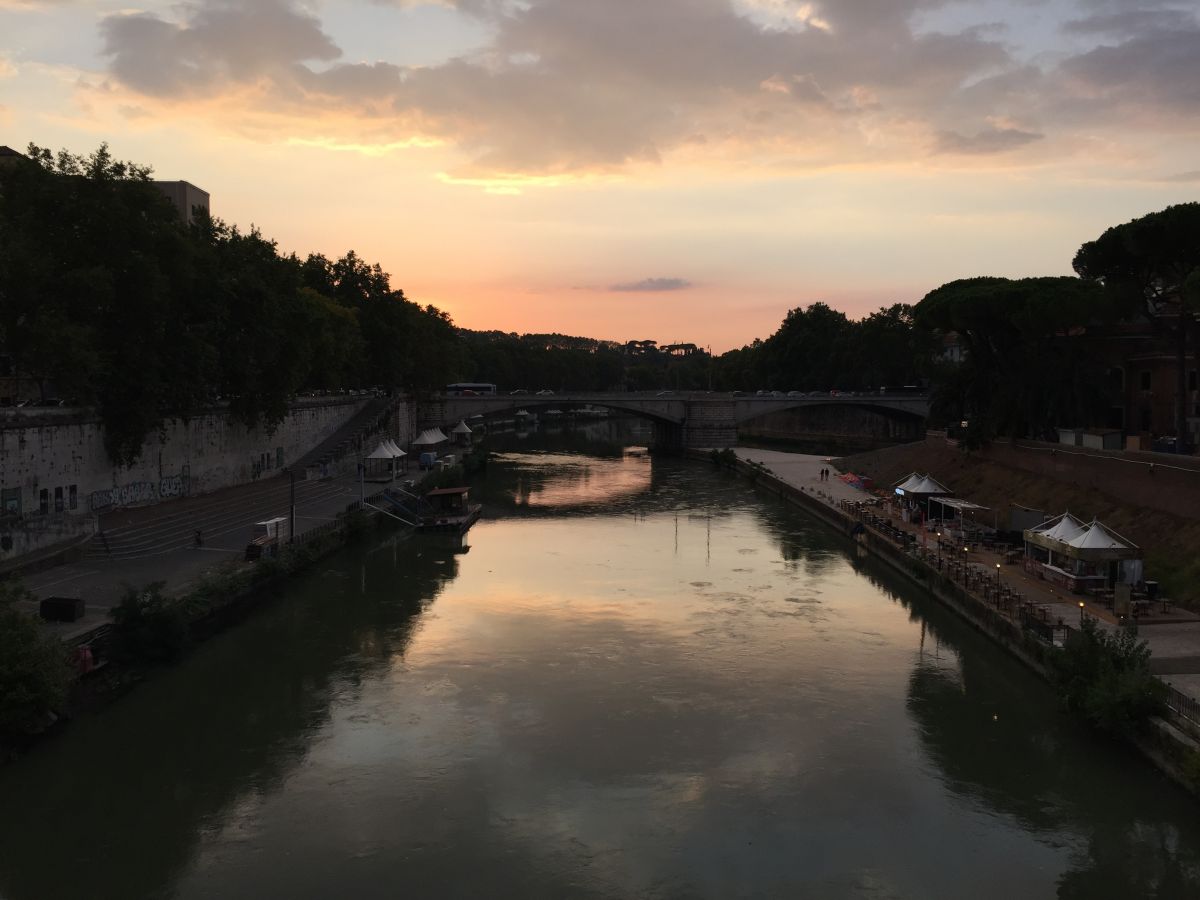 3. Outdoor cinema everywhere really
For a few years now, the Cinema America team (a group of young artists and cultural activists who previously occupied the shut down Cinema America in Trastevere) set up an outdoor cinema in Piazza San Cosimato in Trastevere. There was basically free films every night for all of June and July. From Disney flicks to old classics and new ones too (like the Academy Award winning La Grande Bellezza, The Great Beauty).

4. Concerts, Opera and Ballet at Terme di Caracalla
So every summer in Rome, the Teatro dell’Opera (opera house and theatre) takes residence amongst the ruins of the baths of Caracalla. Yes, you can sit back and catch Swan Lake or Madame Butterfly under the stars with a backdrop of heritage protected ancient ruins. This year, I saw Lionel Richie perform! 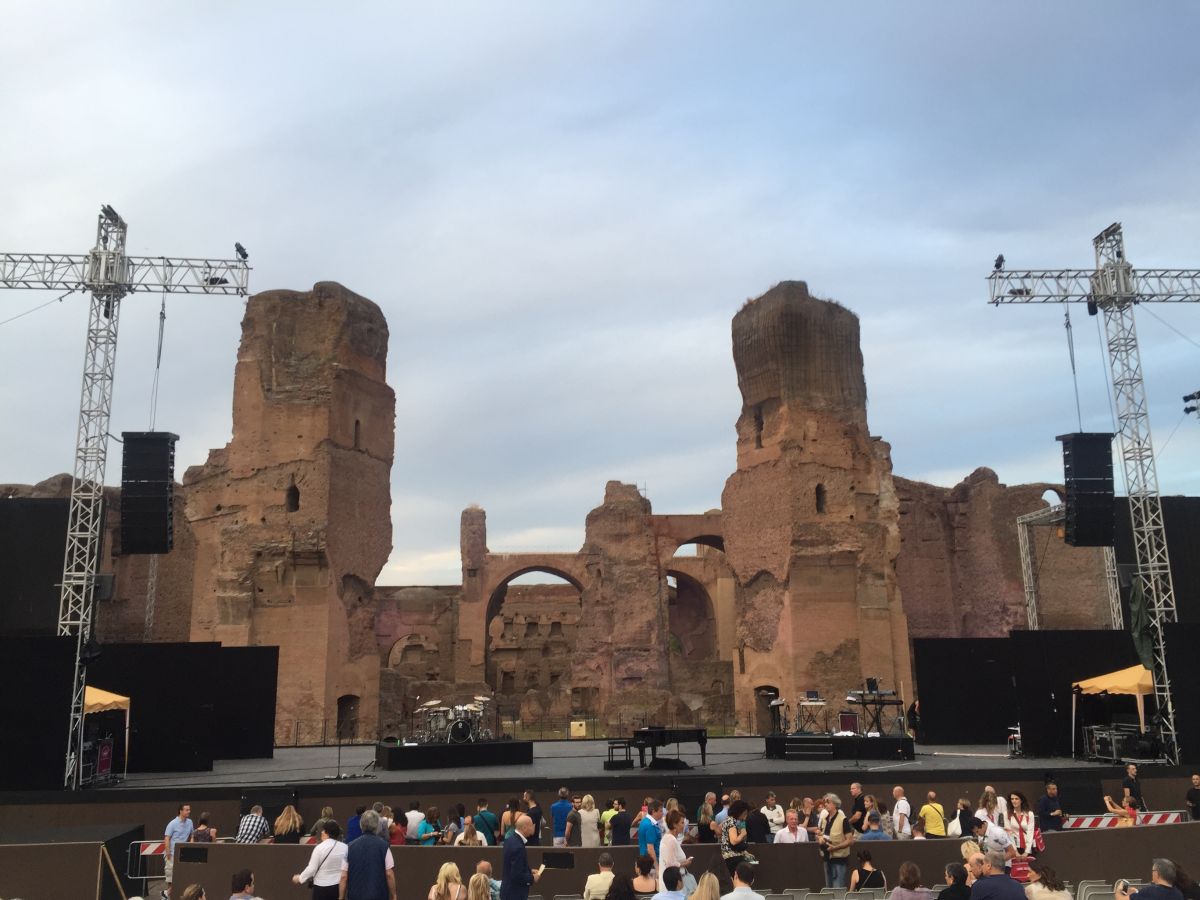 5. The Lungotevere
Down to the riverbanks is not where you head for real quality cocktails or gourmet food, but fast food like chips, hot dogs, burgers and wannabe Mexican food. The nightly display of bars, restaurants and market stands for three months straight has to be one of the best organised outdoor events Rome sees annually. 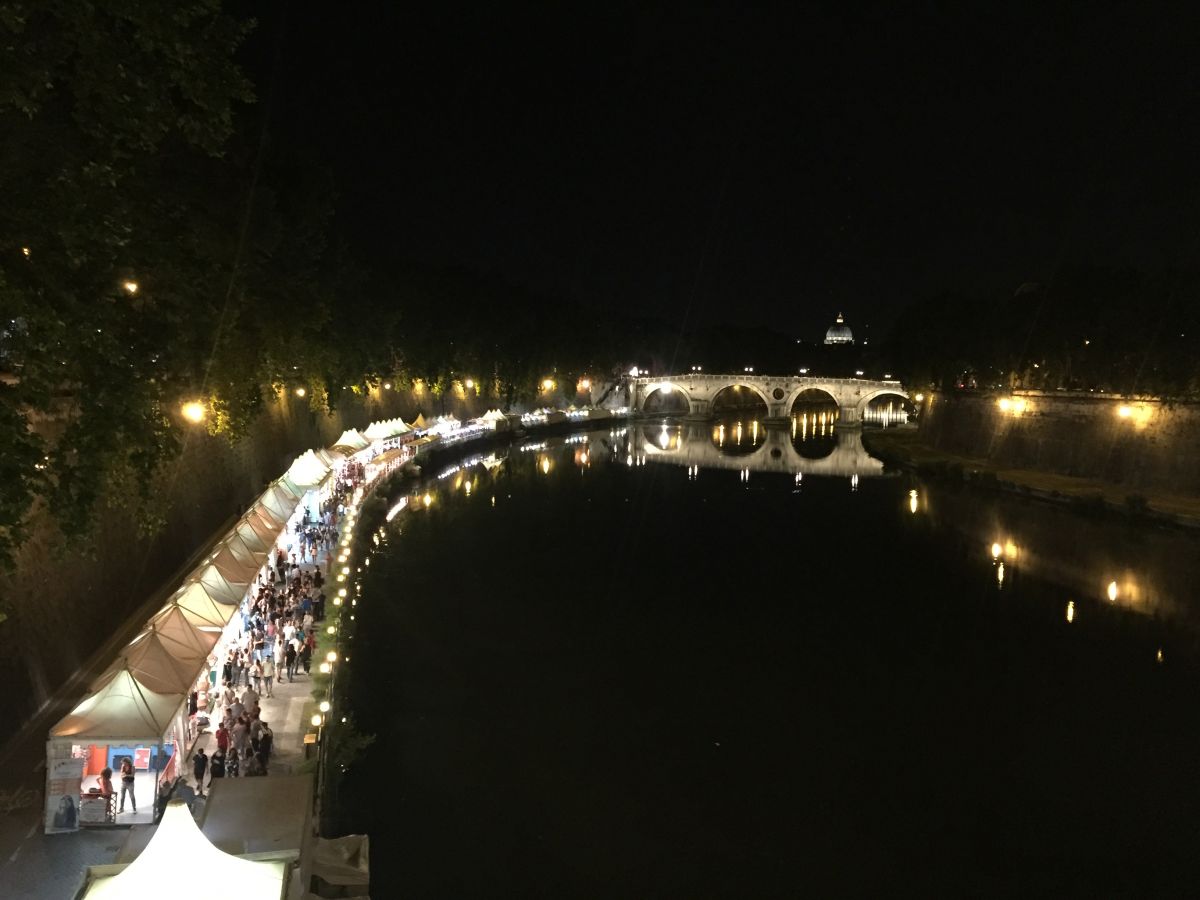 6. Outdoor dining and outdoor everything
Summer in Italy and especially in Rome is a big outdoor party really. Many people don’t have air conditioning at home, it’s hot out, it’s hotter at home so why would you want to be indoors? Given the long and humid summer here and even mild temps in the shoulder seasons, you can eat and drink outdoors in Rome for much of the year. But when everyone is on holiday and it’s summer, it’s just all that more special. 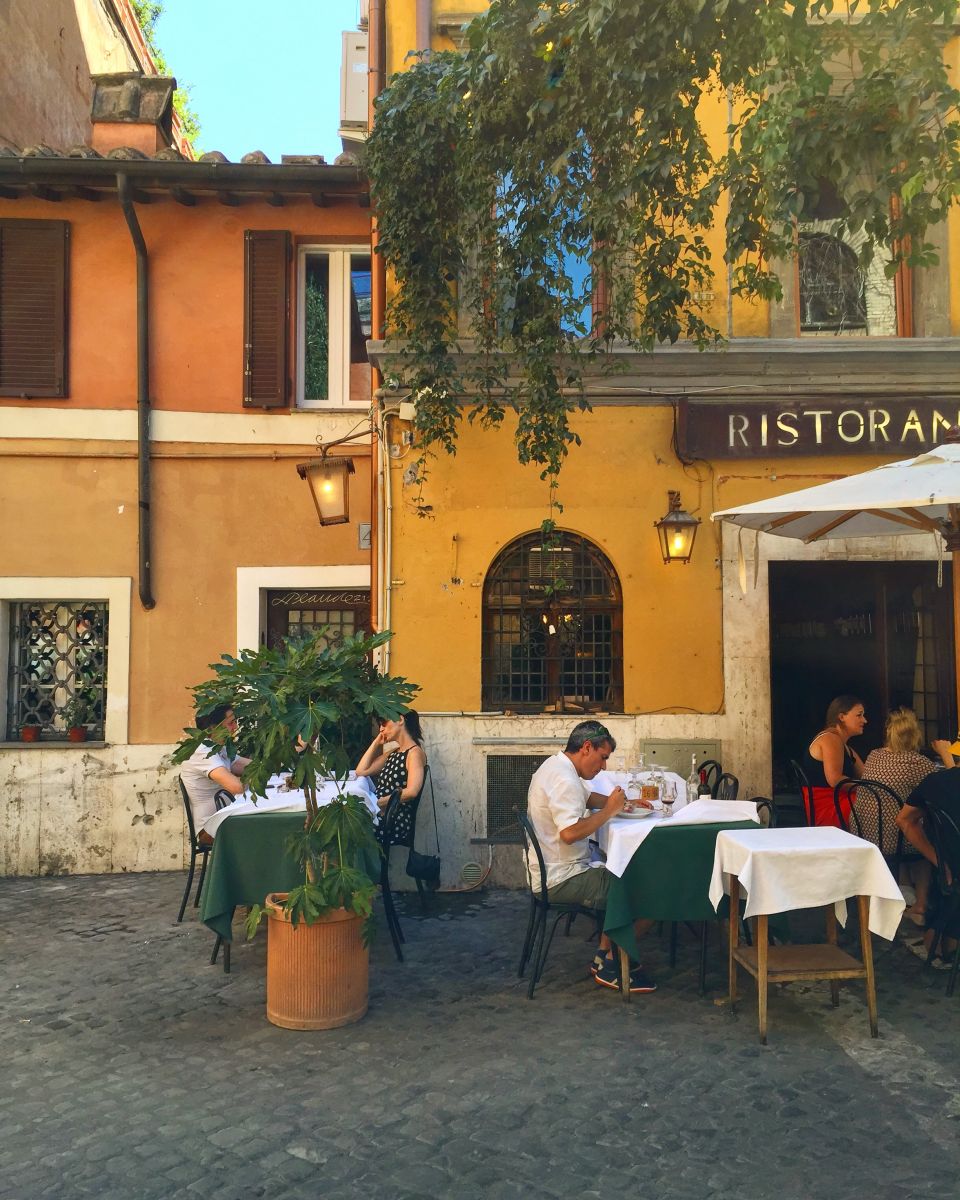 7. Summer fruit
I love how I can order fruit at just about any trattoria or restaurant in Rome (not as dessert because if you know me at all, fruit is not – under any circumstance – dessert). And summer fruits – canteloupe, watermelon, strawberries, peaches, pineapple – are my favourite! The market stands are also full of them. 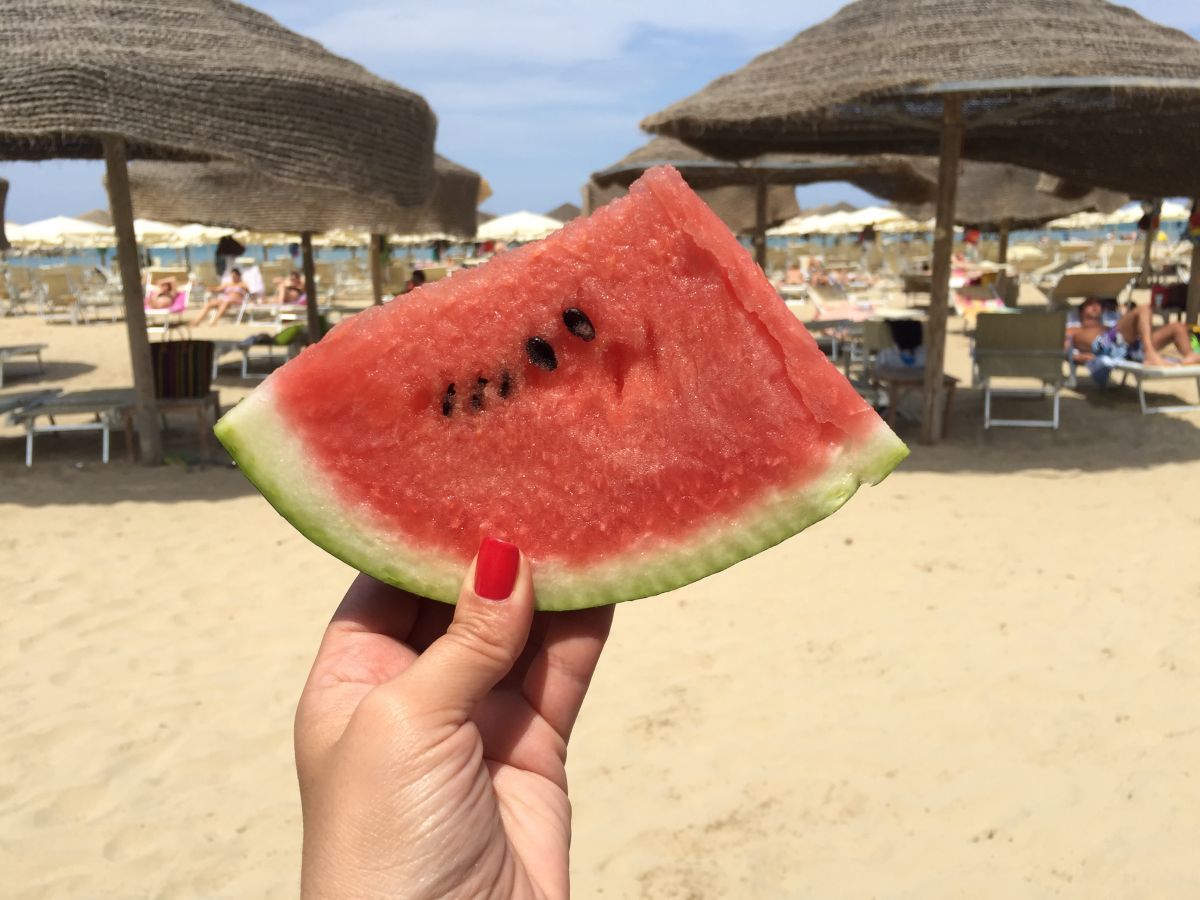 Signing off from Trastevere (sporting a little summer tan and not ready for it all to end!)
Baci, Maria