And so daylight saving (ora legale) ended this weekend here in Italy.

While it was nice to get that extra hour sleep on Sunday morning, it only signifies the winter that is to come.

As the days get shorter and the nights colder, I can do nothing but reminisce of the beautiful summer just gone.

After Lazio (home to the city I love and live in) and Abruzzo (the region of my ancestry) Sicily is hands down my favourite region in Italy.

The reasons and motives for my trips here are many but summed up quite easily: fascinating and ethnically diverse history, a region resilient and proud despite extreme poverty and origins in institutionalised crime, renowned archeological sites, an incredible coastline and food so simple you’re left wondering why you just can’t get enough of it.

But for this post, other than just to bore you with my usual beach and food photos I thought I’d compile a list of interesting facts about the region.

Sicily is the largest island in the whole Mediterranean.

It is governed as an autonomous region of Italy.

Famous pop artists of Sicilian heritage include Sonny Bono and none other than Cyndi Lauper.

Throughout history it has been ruled by the Greeks, the Romans, Germanic tribes, the Normans and Arabs.

Palermo houses the Teatro Massimo which is the largest opera house in Italy.

Ceramics from the island are well known, dating back to the original ancient peoples named the Sicanians.

It is often referred to as God’s Kitchen because of its historical and continuing production of quality food, wine and sweets.

Mount Etna located near Catania, the largest active volcano in all of Europe.

And of course now, here are the pics… from the unforgettable summer days I spent in the ever-amazing and ever-beautiful Sicilia. 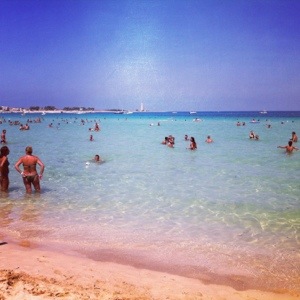 Chocolate granita and brioche in Trapani

View of the sea from our hotel in Trapani 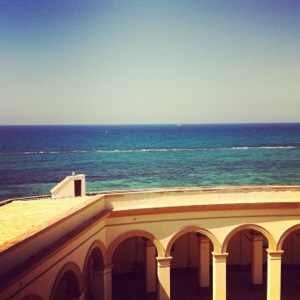 My sis and I as the sun was about to come up at White Beach, Lipari on Ferragosto 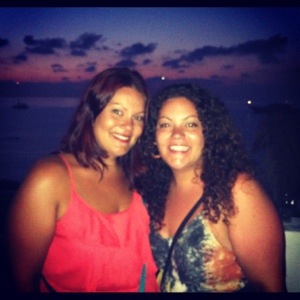 Ringing in Ferragosto with my beautiful brother and sister-in-law (and soon to arrive nephew!)

With the friends and family crew in Marina Corta, Lipari 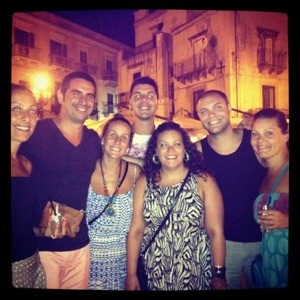 Unforgettable moment of docking in Favignana

Waters off the coast of Salina in the Aeolian Islands 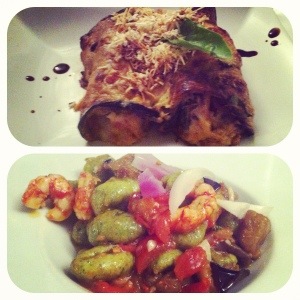 Nothing could seem more far removed from these images and memories than me curling up into a ball under the blankets, listening to rain fall right now!

A few short months ago, I was in Sicily and trying to stay cool. Now in Rome, all I can think about is what electric blanket I should buy!

And so I can do no more than to reminisce. Of those long summer days, sunbathing and swimming… The summer nights, passegiatas and dancing under the moonlight… Of ricotta cannoli, arancini and Pasta alla Norma… Of delectable sweets and Sicilian nougat… Of the islands and the buzz on the streets.. Of the inherent passion, friendliness and charm of the Sicilian people.. Of the cocktails at sunset, and sweet granite and gelato with brioche.

For memories and photos – after a holiday – are all that remain…

Signing off from Trastevere (with the heater on!)
Baci Maria