Marsha. Josephine. De Salvatore.
I gotta agree with Marsha. Growing up as a 1st generation Calabrian American in Ohio with a name like that? You’re bound to have comedy material to last a lifetime!

Marsha moved to Rome over 10 years ago and while she dabbles in a whole lot of things here in the eternal city, performing – acting and comedy – is her true passion. And she’s great at it! 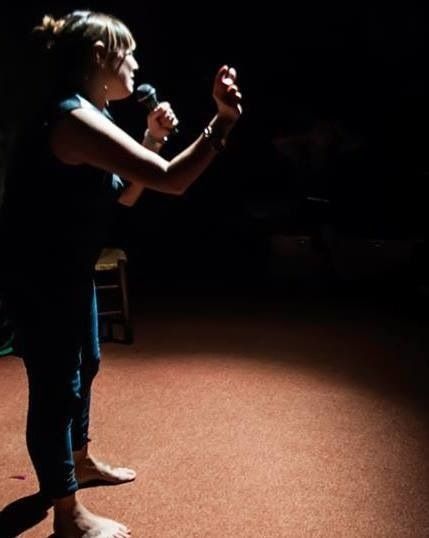 And so in 2009, Rome’s Comedy Club was born. It was and remains the only english language comedy club of its kind in the city.

She started it with her friend Stephanie at the renowned expat drinking hole, the Abbey Pub, moved it a while later to Grotta Pinta near Campo de Fiori and now it’s back for the season – all shiny and new – at Skene Risto Theatre in Ostiense. 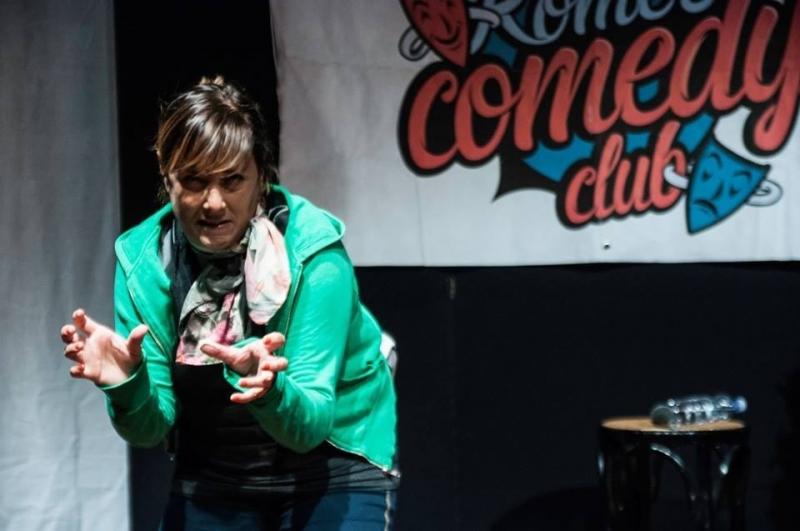 Everyone deserves a makeover I say, and this was a long time coming. Marsha’s years of hard work have finally culminated and the new venue is what this fantastic production deserves!

Marsha says, “We have gone proper now.. from the comedy cave with bad lights… seating on the stage.. to a restaurant theatre space with tables, chairs, food and RESERVATIONS!”

I for one, am excited to see the reincarnation of comedy – already one of the best Friday nights out in Rome – in a brand new setting!

Regulars like the fantastic Kissy Dugan, Lavinia Apple, Ryan Costello will feature at the debut show plus others including a newbie to the Club stage.

€35 euro for a drink, show and full meal (starter, first, second and dessert)

For some laughs to keep you going until then you can check out some of the funny clips the Club has produced.

Hope to see you there!